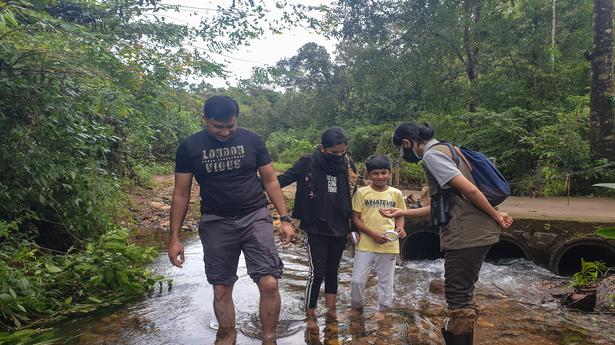 A surge in monsoon travel, fuelled by Indians focussing on the great outdoors this year, has fuelled a rise in imaginative treks, where guides teach you everything from photographing amphibians to counting stars

A surge in monsoon travel, fuelled by Indians focussing on the great outdoors this year, has fuelled a rise in imaginative treks, where guides teach you everything from photographing amphibians to counting stars

As the monsoon embraces the Western Ghats, the forests come alive. Noisy frogs call their mates while crickets, cicadas and grasshoppers compose the background score. Wind whistles through leaves as forest streams gurgle with renewed vigour. Bats, flying foxes and gliding frogs silently swoop through the canopy, while night moths glide between the foliage.

The ideal time to meet these denizens of the wild in their habitat is when the rain-soaked hills are carpeted in green. As monsoon travel regains pace after a tough couple of years, Nature walks, led by guides who focus on birding, herping, mammals and local flora are getting increasingly popular. 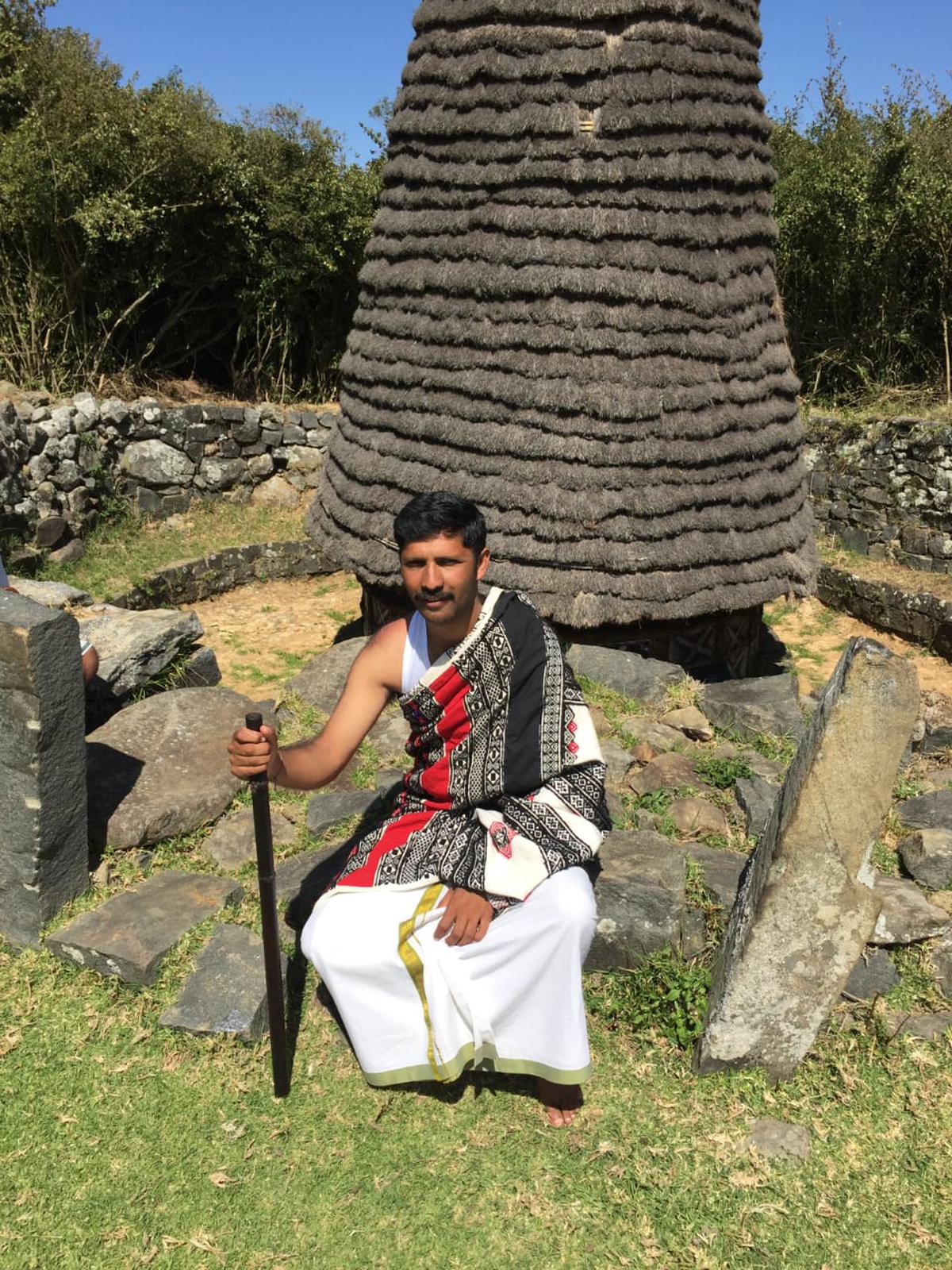 Nature guides also connect the tourists to local communities, resulting in memorable travel with a positive impact. Thorthey Gooden, a Toda Nature guide in the Nilgiris, introduces tourist groups to the flora and fauna around his village by narrating stories about the plants, mountains and the Toda way of life. “I tell how in the past the monsoon was so heavy, our buffaloes, which are left outdoors, would have fungi growing on their horns. But not any longer,” he says, adding that he also explains how their ancestors were food gatherers. “I show them the berries and plants we consume as the Todas are vegetarians.”

R Yeshwanth Kumar, a Nature guide working with a resort near Udhagamandalam, says that in the Nilgiris, leopards and an occasional tiger can also be spotted sunning on rocks or in the vicinity of villages during the rains, in addition to sambar, barking deer and lion-tailed macaques.

Harsha Jeyaramaiah and Payal Mehta,  consultant naturalists, have been conducting courses and mentoring for those keen on working as nature guides. During the pandemic, they conducted an online course as “we knew that there would be a rush to enjoy the outdoors once the lockdown was lifted,” says Harsha.

The course, which explores how to ethically connect visitors to tribal communities, wildlife sanctuaries and villagers living in the periphery of the forests, is an outreach effort of the Anamalai Rainforest Restoration Project in the Western Ghats programme of the Nature Conservation Foundation. It also teaches participants how to identify inhabitants of the wild and introduce them to visitors. The last date for application for the new course is June 15. Contact: [email protected]

In Gudalur in Tamil Nadu, K Satheeshan says he notices that visitors from North India in particular, “are enchanted by the numerous waterfalls, streams and rivulets that criss-cross the hills. If we are lucky, we see herds of elephants and bisons in the evening.”

Sumit Sharat Kamble, a naturalist in Machan Plantation in Sakleshpur district, Karnataka, says he has noticed an increasing number of visitors from the city ever since pandemic restrictions began to ease. Prior to his stint in Karnataka, Sumit used to take visitors on walks in Matheran, Amboli Ghat and Lonavla in Maharashtra. At this time of the year, it is the breeding season for birds like Indian pitha, Malabar whistling thrush, Oriental Dwarf kingfisher and Sahyadri sunbird.

He adds, “Certain fungi such as bracket fungi and dead man’s finger are found in the forest. Wild ginger and turmeric blossom during the monsoon. The fragrance of wild turmeric attracts wild boars.”

Amphibians, some endemic to the Western Ghats, can also be seen in plenty during the season. Jyothis Thayil, attached to CGH Earth, near the Meppadi Forest Division in Wayanad, arranges morning walks exclusively for children. “They are charmed when they see frogs like the waterdrop frog, which makes a noise like the sound of raindrops falling on water or bush frogs that go ‘tick, tick, tick’. Seeing a frog with its expanded vocal tracts is memorable,” she says, adding “Caecilians, another amphibian that lives underground, can be seen on the surface only during the rains.” 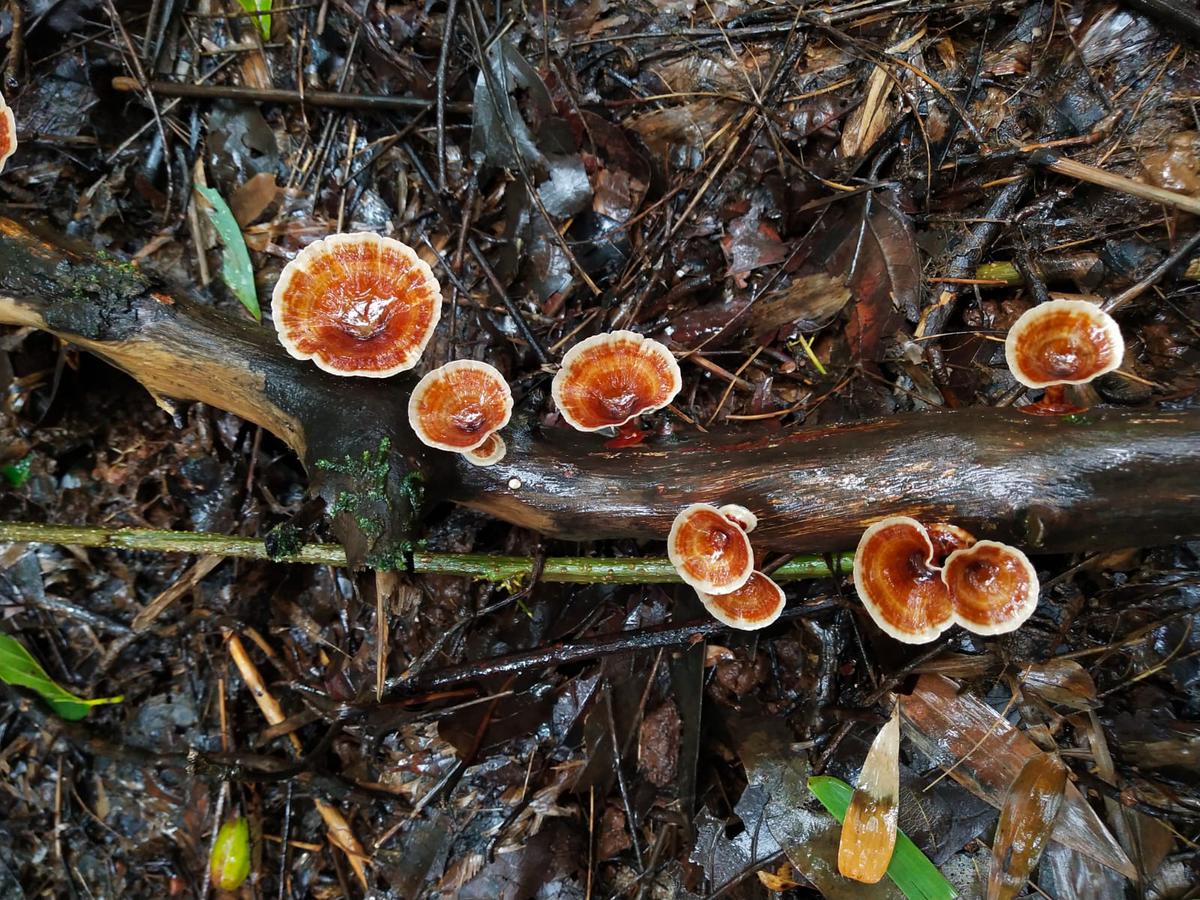 Meanwhile in the Eastern Ghats

Cut to the Eastern Ghats where trekking groups are helping travellers rediscover waterfalls, tribal hamlets and the joys of star gazing. According to Naveen Rongali, founder of Ecohikes, a trekking group based in Visakhapatnam that conducts sustainable treks and travels, many interior villages and trek routes of the Eastern Ghats around Araku and Paderu have become accessible after roads were laid during the lockdown in 2020.

“We camp for a night after the trek and return the next day. We familiarise the trekkers with the native tree species and plantations. If we are lucky, we get to spot jungle cats or an uncommon gecko species,” says Naveen. 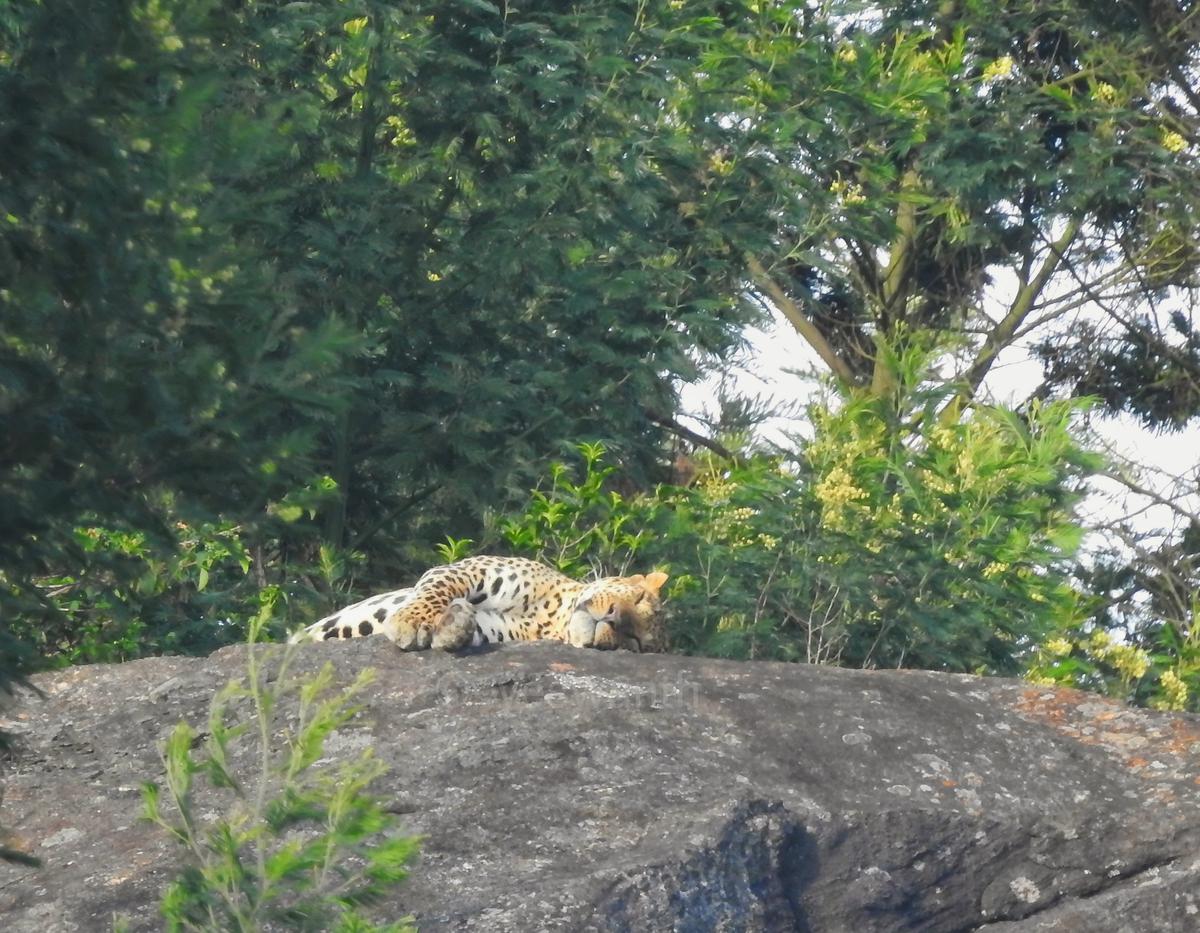 Leopard sunning on a rock in the Nilgiris
| Photo Credit: R Yeshwanth Kumar

The Eastern Ghats are dotted with peaks that offer trekkers breathtaking views. The route through Buddigaruvu waterfall via Paderu gives a glimpse of the rich flora and fauna of the region. The region is rich with plantations of Terminalia elliptica and Shorea robusta and is a home to several bird and animal species. The adventurous can further explore surrounding woodlands on an unpaved trail. “Since these places are no-network zones, it is advisable to go in the company of groups familiar with the region,” says Naveen. Rains in the Eastern Ghats pick up during July and August. While the splendor of lush green hill ranges is unparalleled during the monsoon, be prepared for the muddy, slushy treks with good footwear and arm yourself with everything waterproof. Take special care of your DSLR cameras and smartphones during a monsoon trek. A illuminated tree and spectacular starry sky in the interiors of Araku Valley near Visakhapatnam
| Photo Credit: DEEPAK KR

In the Araku valley treks are fused with star gazing and astronomy workshops. “The view of the night sky from high altitude places like Araku and Paderu is unmatched. These places have less pollution so one can view the Milky Way in all its glory glory,” says Sumanth Behara, conducts astronomy workshops in association with Treksome in Araku Valley.

Samvedh Vegi, founder of Treksome, describes the guided treks they run. “The Nelapalem waterfalls near Damuku is an interesting trail that leads through the forest. Enroute, one can see villagers farming,” he says.

“We must remember that the terrain becomes slippery. Always explore the forest only with a Nature guide, after securing necessary permits from the Forest Department,” cautions David adding, “The heavy rain and leeches are a challenge but the monsoon imparts a different vibe to the forest. It’s also the only time we can listen to the frogs courting.”