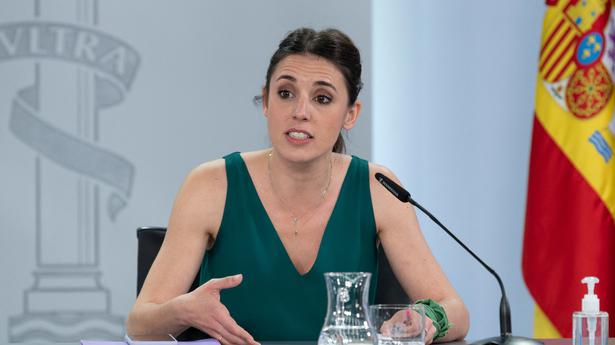 The draft law defines consent as an explicit expression of a person’s will – silence or passivity does not count as consent.

The draft law defines consent as an explicit expression of a person’s will – silence or passivity does not count as consent.

The story so far: On May 26, the Congress of Deputies—Lower House of Spain’s Parliament—voted to approve a Bill that makes consent a key factor in sexual assault cases. The Comprehensive Guarantee of Sexual Freedom Bill, popularly known as “only yes is yes” or “Ley sólo sí es sí” in Spanish, frees victims from having to prove that violence or intimidation was used against them. It defines consent as an explicit expression of a person’s will—silence or passivity does not count as consent. Under the draft law, non-consensual sex can be considered aggression and perpetrators can be subject to imprisonment for up to 15 years.

The Bill was approved by 201-140 votes with three abstentions in the Lower House. Most votes against the draft law were by members of People’s Party and Vox. The Bill now awaits the approval of the Senate.

What are the highlights of the Bill?

The Comprehensive Guarantee of Sexual Freedom Bill was led by Irene Montero, the Equality Minister of Spain. Preparation of the Bill had been under way for two years, and the Council of Ministers approved its referral to the Parliament in July 2021.

The draft law eliminates the legal distinction between ‘sexual assault’ and ‘sexual abuse’. It classifies all behaviours that violate sexual freedom without the consent of the other person as sexual assault.

The text of the “only yes is yes” Bill notes that sexual violence is one of the most common forms of human rights violations committed in Spain and disproportionately affects women and girls.

The Bill also brings female genital mutilation, forced marriage, harassment with sexual connotations, and trafficking for the purpose of sexual exploitation within the ambit of sexual violence.

It details the availability of care and guidance for victims of sexual assault, including legal assistance, medical and psychological care, and economic and other needs. Once the law is enacted, 24-hour crisis centres will be set up to provide support and assistance in crisis situations for victims and their family members. The Bill also says minors who commit sexual crimes have to undergo sex education and gender equality training.

Under the proposed law, any person who addresses another person with “expressions, behaviours or propositions of a sexual nature that create an objectively humiliating, hostile or intimidating situation for the victim, without constituting other more serious crimes”, will be liable to a penalty.

What prompted the discussion on sexual violence?

Spain’s La Manada rape case is considered to be the primary reason that indicated the need for a law like the Comprehensive Guarantee of Sexual Freedom.

In 2016, an 18-year-old girl was gang-raped in Pamplona at the start of the San Fermin bull-running festival. Five men were accused but were acquitted of sexual assault, which includes rape, since the woman was not violently coerced. The defendants argued that the woman never said “no” during the act, while the woman said that she was paralysed by fear.

The men were instead found guilty of sexual abuse, which is a “lesser offence” according to current law, and sentenced to nine years in prison.

The verdict sparked massive protests across the country.

The ruling was overturned by the Supreme Court of Spain in 2019, and the five accused were sentenced to 15 years in prison on rape charges.

The 2019 Macro-survey on Violence Against Women says that one out of every two women — a massive 57.3% — living in Spain aged 16 and over has suffered violence during their lives on account of their gender. The survey covered all forms of violence against women – from “undesired sexual leering to rape”.

Around 2.2% of all women residing in Spain, aged 16 and over, have been raped at some point in their lives. That is nearly 4,53,371 women. More than 3% of women over 16 said that they have experienced sexual violence before the age of 15. Over 12% of women who suffered sexual violence, where the perpetrator was not a partner, said that more than one person participated in the assault. In nearly half the cases, the violence was repeated more than once.

Spain is also a signatory to the Convention for the Elimination of All Forms of Discrimination against Women of the United Nations (CEDAW), and the Council of Europe Convention on Combating Trafficking in Human Beings (Warsaw Convention).

(With inputs from AP)