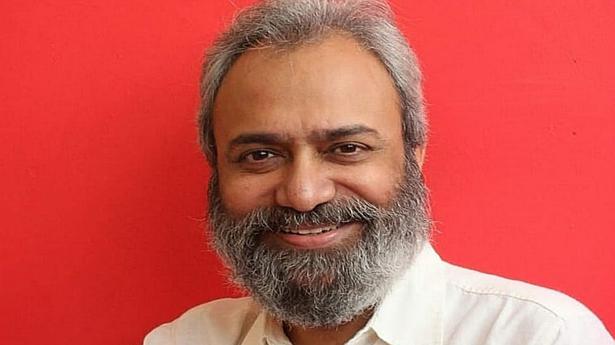 The 20th edition of AttenDance, the yearbook on dance by Ashish Mohan Khokar has Mysticism as its theme

The 20th edition of AttenDance, the yearbook on dance by Ashish Mohan Khokar has Mysticism as its theme

Over the years, performing arts did not enjoy the media’s attention or were poorly documented. Barring a few newspapers’ coverages of art and cultural events, artistes suffered for want of attention/publicity. That was till scholar and art-critic Ashish Mohan Khokar conceptualised an annual dance book titled AttenDance. In keeping with renowned historian, art collector and his father Mohan Khokar’s strident wish to chronicle all activities related to art in the country, the first edition of AttenDance became a reality in 1998. The 20th edition, themed ‘Dance and Mysticism’ was released recently with art critic and journalist Ranee Kumar as the Guest editor.

In an exclusive interview, Ashish shares the two-decade journey of AttenDance and the status of dance today.

How did your book ‘AttenDance’ evolve in 20 years?

It had no plan, no real goal. I was merely fulfilling my cancer-bound father late Prof. Mohan Khokar’s desire that there ought to be a record of the year that was. This was in 1998 when there was no internet; we were still in the carbon-copy age! Even those working in the dance art field could not readily recall who died when; what were the milestones of a year or what books had been released. We tried to address the academic gap, as universities too had no literature on dance. Each issue evolved as a process of osmosis.

Do you see this yearbook serving its purpose?

Yes. Honestly and humbly, it helps link the past with the present. We feature history-based articles too, thus building bridges. My father created India’s largest dance archives called the Mohan Khokar Dance Collection (valued at ₹ 7 crores, now donated to the Indira Gandhi National Centre for Arts (INGNCA) Delhi. Lots of rare photos and historical materials from there have figured in past issues of AttenDance, which also features upcoming talents, helps Indian dance reach international academia and most importantly, adds to the body of knowledge that is woefully inadequate.

Who are your target readers?

All we can reach: the practitioner, the purveyor, the patrons and the press! We are so small that when an order comes from Japan or Jalandhar we feel elated. I didn’t even know where Xalapa was until we had to post a copy to Mexico 20 years ago. Sweden or Mauritius, we have committed readers. There’s nothing like a yearbook of this kind in India. Today, we have many PhD students referring to it and some even copy it or translate it without giving us any credit. We don’t sue them as we believe knowledge must travel. We are mere transporters.

Was finding good writers a challenge?

Writing, like all arts, is a gift too. Real knowledge is not a quest or fashionable even. Most youngsters can’t give a 3000-word article. Where I failed, Ranee Kumar, guest editor of this most difficult issue, succeeded. She found many good youngsters like Aniruddh Knight or Himanshu Shrivastav and made them turn in very readable copies. She found one in Finland too! She tackled a very difficult subject and I must confess, this 22nd-year issue is by far the best in the last decade. All credit to her.

Do you repeat your writers?

Depends on the subject, though there’s no rule. Art is more important than the artiste. Subject core competency decides the author for us, though we can’t be too choosy as in all India, really sorry to say, there are not even 10 qualified or good writers on dance.

How do you select your guest editors and how often do you change them?

Only once in five years or so, I have. Idea is to find a new voice and to give readers a reprieve from a boring me. Subject, region, and experience decide. For example, 20 years ago for a Gujarat Special, we needed someone on the ground who knew the material and his marbles. Ditto for northeast 15 years ago. Or dance in films.
The first guest editor was 15 years ago from Odisha, Shyamhari Chakra who dealt with ‘Traditions of East’. Second, 12 years ago, SD Desai on ‘Traditions of West’. The third was seven years ago on ‘Telugu Traditions’ by Ananda Shankar Jayant and now on ‘Mysticism’ by Ranee Kumar.  There’d be no 20th issue without Ranee!
Having written on dance for 40 years, I’m a bit tired of my voice and post-Covid there was fatigue. I had no focus. Ranee Kumar took total charge: She found competent authors, supervised illustrations and proofread each article, even rewrote some very bad submissions and found sponsors.

Born into a family of notable dancers and having pioneered the concept of art administration what are your observations regarding the changes in classical dance?

It has changed from the art of the soloist to the art of the group. Increasingly, we see fewer dancers have the stamina or material to dance a full evening, as many others did earlier. Dancers blame organisers for asking for variety in the programme to fill a hall. Another important change is the speed of recitals. Dance forms are competing with the Shatabdi, (express train) it seems. Even languorous forms like Orissi (the ancient name of this form) that has lalitya (grace) are now trying to beat Kuchipudi or Bharatanatyam in speed. Lastly, there are very few paying organisers, except for government patronage. Corporate India does nothing much for classical dance. Most of them support cricket or fashion. India has rich traditions, but people have poor taste or go for popular arts. TV has ruined dance art too.

At home as Guest editor 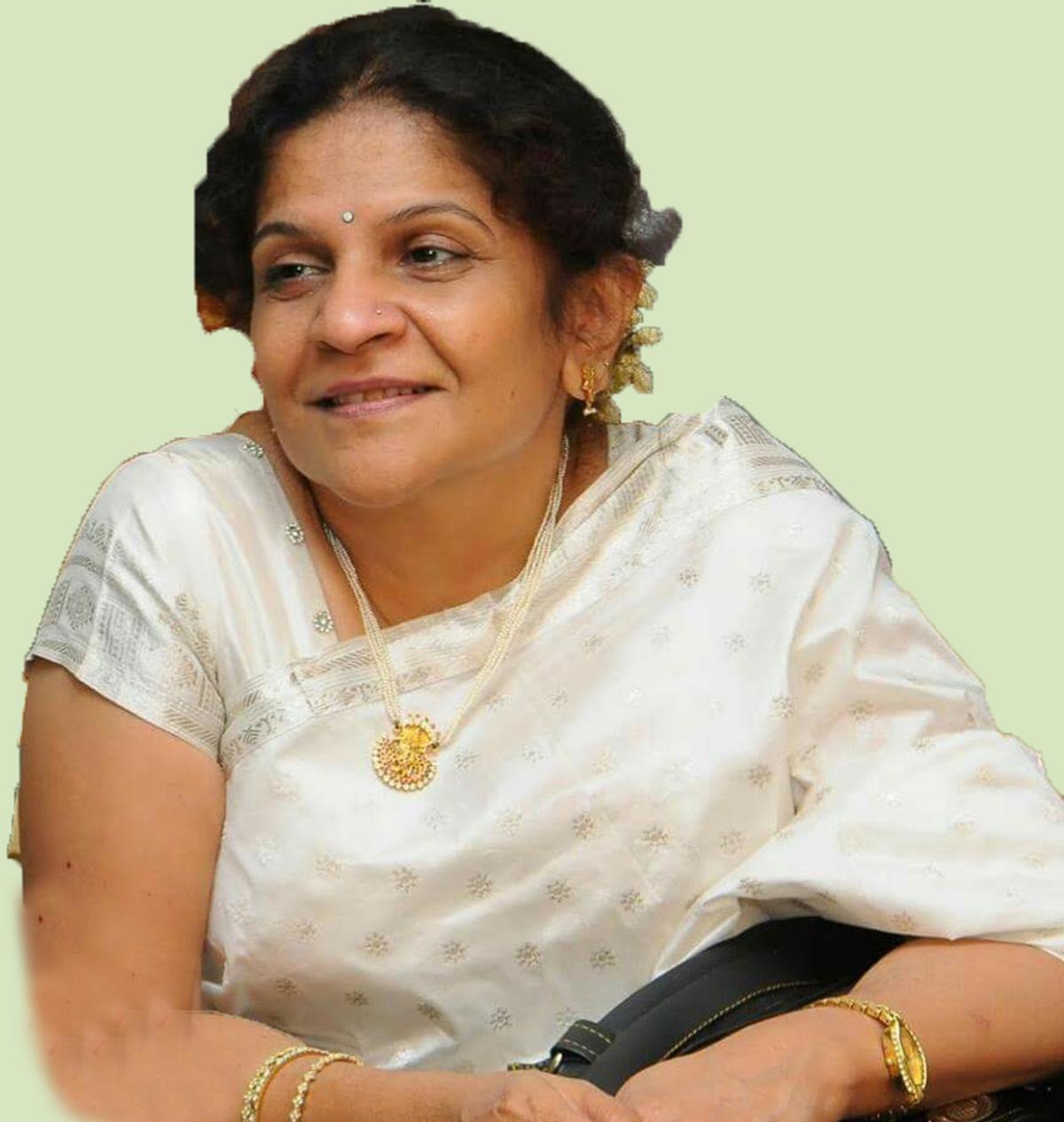 When Ashish Khokar mooted the project in the thick of Omicron and specified that she be the guest editor, Ranee Kumar admits she didn’t exactly jump with joy. “I took a look at the earlier books and felt all dance-based themes were exhausted. Then what is left for me to explore? I wanted it to be unique and in-depth, giving it my best editorial shot. It was then that Ashish came up with mysticism and dance, knowing both to be my pet subjects. That sort of decided the matter for me and I decided I will not let him down,” says the senior art critic and a former journalist with The Hindu.

Once she came on board, Ranee had to face mounting challenges. While most were editorial tests like re-arranging, rewriting and change of headlines without ruffling feathers of the contributors, what was daunting for Ranee was a dearth of writers on a subject that was like the play of abstract and concrete.

She says, “We needed writers with at least a little awareness and theoretical knowledge of classical dance as also mysticism. That was a tricky combination. Lots of people practice mysticism —– scholars, poets, et al but most weren’t confident about relating it to dance. Then we had a host of academically qualified dance performers and theorists who couldn’t tackle the subject of mysticism. And here I was, trying to pool in at least a dozen articles of considerable length and depth to mould into a book of consequence! Thanks to my exposure to dance and artists, I was able to identify a few who could write on this subject because of their involvement with both dance and mysticism.”

Ranee is particularly elated that she could rope in a Sufi professor, Mikko Viitamaki from Helsinki University, Finland who readily pitched in with an article on Sufi and Raqs (dance).

“My objective was to open minds to a new perspective of viewing dance and arrive at their own conclusions. It is not a book on the technicalities of dance, so anyone interested in spirituality and arts can understand it. Art thrives only when it has universal appeal, not confined to just connoisseurs. As for mysticism, well, it is already established across the world,” says Ranee.