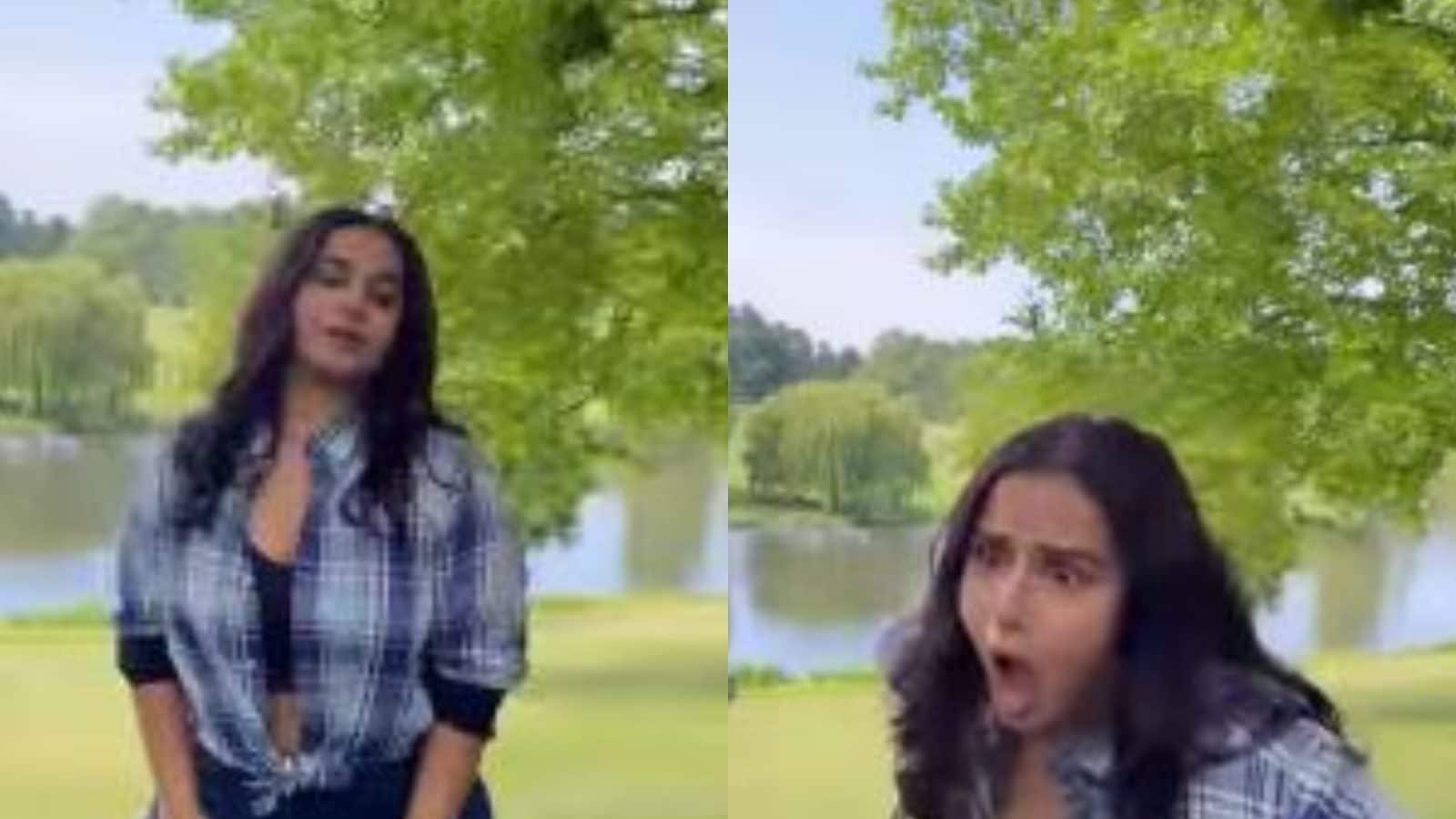 Whether through her critically acclaimed movies or her social media accounts, Vidya Balan surely aces the art of entertaining. While projecting herself in an intense character like Kahaani or giving a viral reel trend a whirl, the actress has time and again given all of us a glance of her versatility. And it won’t be incorrect to say that even her social media account is a testament to her prowess. Just like she did it in her latest Instagram post. Leaving the netizens in splits, Vidya on Tuesday tried her hands on the viral reel but with a hilarious twist.

Channelling her goofy side, the actress added a funny touch to even a sultry trend. The video is made on the viral Beyonce song Partition, and the trend asks to sit down but in a sexy manner. While Vidya starts the video phenomenally, she later tumbles off with the background score making a hilarious sound of bone cracking and a woman screaming. While posting the video, the Shakuntala actress jokingly wrote in the caption, “Every trend is not for you,” and ended it with a goofy face emoticon.

Sporting the complete casual look, Vidya was seen clad in a casual check shirt tied in front, atop a black crop top and she teamed it all with blue denim jeans. The actress kept her subtly curly hair open. Vidya didn’t only entertain her fans and followers, but several celebrities jumped on the occasion to praise her for her attempt. Ileana D’Cruz commented, “Bahahahahahaha, you are hilarious but we all know that you can totally smash any trend” and ended it with a fire emoticon. Dia Mirza dropped a heart and laughing emoticons.

On the work front, Vidya was last seen in her critically acclaimed thriller film Jalsa, alongside Shefali Shah. Next, she will be seen in Neeyat and another untitled film that will be helmed by Shirsha Guha Thakurta.