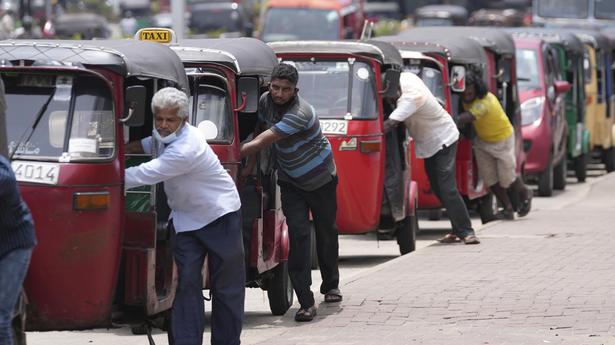 
Sri Lanka must find $6 billion to keep the country afloat for the next six months, Prime Minister Ranil Wickremesinghe said on Tuesday, as he outlined the government’s plans to combat an unprecedented economic crisis.

Breaking down Sri Lanka’s requirements for the coming months Mr. Wickremesinghe, addressing the Parliament on Tuesday, said the country must “somehow” find $3.3 billion for fuel, $250 million for gas, $900 million for food items for six months, and $600 million for fertilizer for a year. “In this context, we need $5 billion to ensure our daily lives are not disrupted for the next six months. We need to strengthen the rupee in line with the daily requirements of the citizens. Another $1 billion is needed to strengthen the rupee. That means we need to find $6 billion to keep the country afloat for the next six months,” he told the House.

The next three weeks would be a particularly difficult time for sourcing fuel, Mr. Wickremesinghe said, calling for “unity and patience” while facing the acute shortages.

Shining the spotlight on the looming food crisis, he said: “We will have to face serious difficulties and shortages in terms of our diets,” pointing to the impact of poor harvest on rice and other crops.  Sri Lanka’s paddy production has fallen by half this year, consequent to President Gotabaya’s sudden ban on chemical fertilizer last year. The policy was reversed in about six months following farmer protests and widespread criticism, but has meanwhile severely impacted the crop, leaving the government in a tough spot where it must import more food while scrambling for dollars.

Further, Mr. Wickremesinghe pointed to a recent study by the World Food Program that found that 73% of the participating households had reduced their diet and food intake. “We will change that situation and strive to provide food without shortage as per this food security plan. We are working towards ensuring a three-meal situation in the country,” he said.

President Gotabaya has said Prime Minister Narendra Modi has assured swift supply of essential fertilizers to Sri Lanka. The Cabinet on Monday cleared a proposal to obtain a $ 55 million loan from the Exim Bank of India for the purpose. The PM has also sought help from China and Japan.