Rajkummar Rao and Patralekhaa are among the most adorable couples in B-Town. The power couple has never shied away from PDA on social media. The Ludo actor recently took a trip down memory lane and posted an unseen clip with his gorgeous wife on his Instagram handle.

In the video, the couple can be seen grooving at a party to the song Sapne Mein from the movie Satya. They both look adorable as they dance to the number. The Baadhai Do actor captioned the post, “When your partner is also your best dancing partner.” He tagged Patralekhaa and added the hashtag “Throwback.”

Soon after the video was posted, fans flooded the comment section with red hearts and fire emojis, and a user wrote, “They are so cute together.” Other than fans, Bollywood celebrities also commented on the post. Huma Qureshi asked for the party credit and wrote, “Excuse me, I want party credit for this one!” Farah Khan dropped a comment and quipped, “I am missing this, get married again.” They both had attended the wedding. Reacting to the picture posted by her husband, Patralekhaa hilariously commented: “Hahahaha.”

Earlier, the Stree actor shared a picture from the movie CityLights. In the frame, both Rajkummar Rao and Patralekhaa can be seen in their character as reel husband and wife.

The couple tied the knot after dating for 11 years, in a private ceremony in Chandigarh in the presence of their family and close friends, last year.

On the work front, Rajkummar will be next seen in Mr and Mrs Mahi alongside Janhvi Kapoor. This will be the second film in which he will be sharing the screen space with Janhvi after the horror-comedy Roohi. In his pipeline, Rao has Bheed opposite Bhumi Pednekar, and a remake of the Telugu film Hit- The First Case, co-starring with Sanya Malhotra. 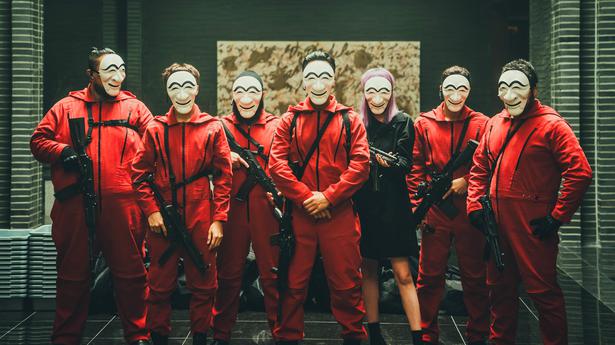