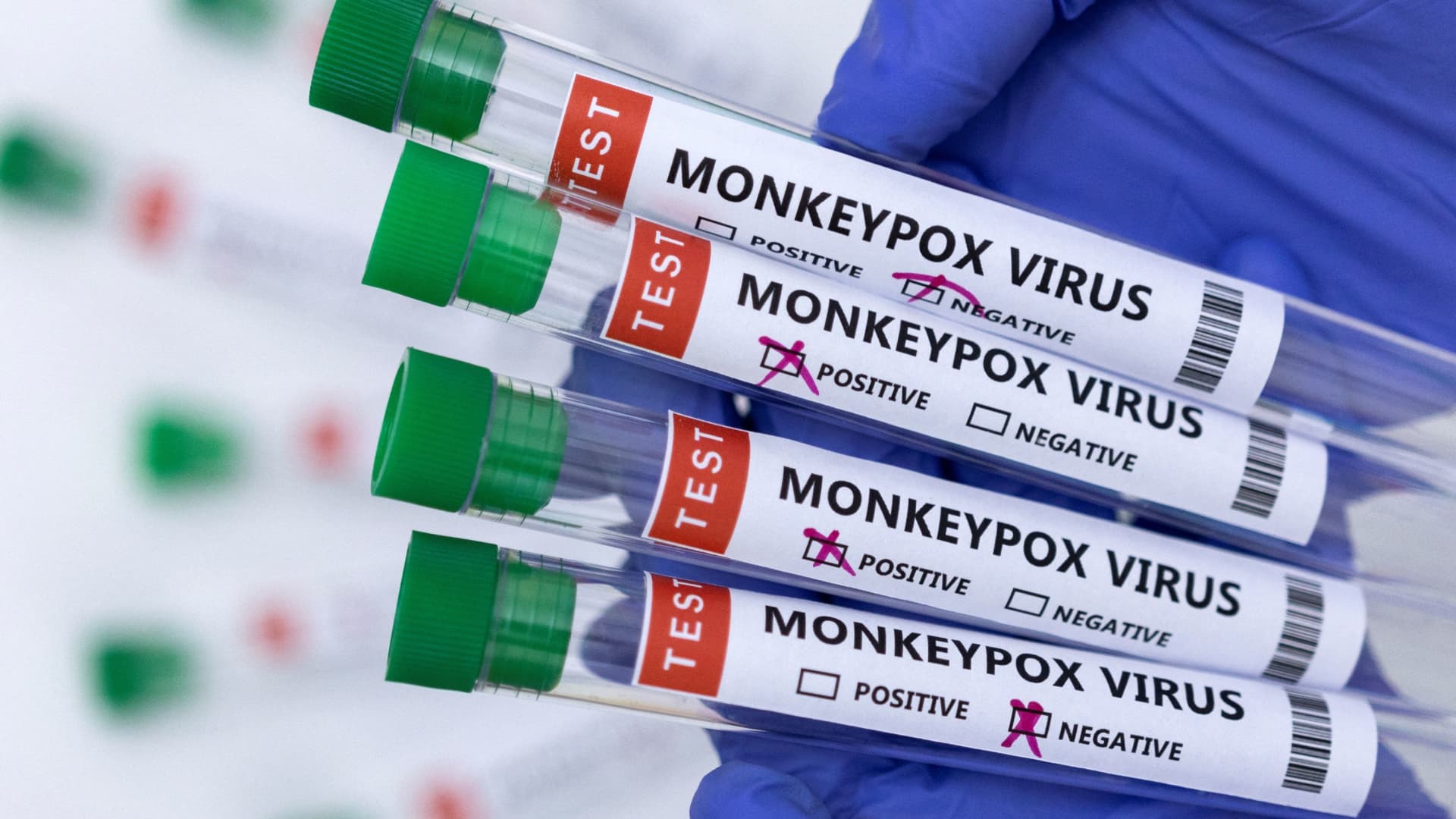 Test tubes labelled “Monkeypox virus positive and negative” are seen in this illustration taken May 23, 2022.

The U.S. Centers for Disease Control and Prevention has stepped up its monkeypox guidance, urging travelers to take extra precautions including wearing face masks as global cases of the virus surpass 1,000.

The CDC ramped up its alert to a level 2 on Monday, encouraging people to “practice enhanced precautions” to stem the outbreak, which has spread to 29 non-endemic countries in the past month. The highest level alert — level 3 — would caution against non-essential travel.

While the public health body said the risk to the general public remains low, the heightened alert encourages people to avoid close contact with sick people, including those with skin or genital lesions, as well as sick or dead animals. It also urges those displaying symptoms of the virus, such as an unexplained skin rash or lesions, to avoid contact with others and to reach out to their healthcare provider for guidance.

Monkeypox is a rare disease caused by infection with the monkeypox virus, with symptoms including rashes, fever, headaches, muscle ache, swelling and backpain.

It is typically endemic to Central and West African countries, but the recent outbreak across North America, Europe and Australia has confounded health professionals and raised fears of community spread.

As of Monday, 1,019 confirmed and suspected cases of monkeypox have been reported in 29 countries, according to the CDC. The U.K. has recorded the most cases by far, with 302 suspected and confirmed infections. It is followed by Spain with 198, Portugal with 153 and Canada with 80.

Health experts have been searching for clues as to the source of the outbreak, which has historically been linked to travel from endemic countries. The World Health Organization’s technical lead for monkeypox said Wednesday that the virus could have been transmitting undetected within non-endemic countries for “weeks, months or possibly a couple of years.”

Until recently, the current outbreak was thought to have derived from the West African strain of the virus, which produces less severe illness than other variants and has a 1% fatality rate.

However, the CDC said Friday that at least two genetically distinct monkeypox variants are currently circulating in U.S., adding to health experts’ confusion. The U.S. has so far reported 30 cases of the virus in total.

“While they’re similar to each other, their genetic analysis shows that they’re not linked to each other,” Jennifer McQuiston, deputy director of the CDC’s high consequence pathogens and pathology division, said of the two variants at a Friday press briefing.

McQuiston said it is likely that the two strains stem from two different instances where the virus has spilled over from animals to humans in Africa, before spreading via person-to-person contact.

Professor Eyal Leshem, infectious disease specialist at Sheba Medical Centre told CNBC Monday that the spread of the virus to non-endemic countries was unsurprising given the frequency and ease of international travel, as well as the increased interaction between humans and animals.

“Diseases that were locally spread are now able to make their way across countries and continents much more easily,” Leshem said.

“Meanwhile, interaction between humans and animals has also amplified. Climate change has forced some animals into closer contact with humans, you will see more of these types of diseases,” he added.

Though most cases of monkeypox are mild, typically resolving within 2 to 4 weeks, the U.S. said Monday that it has 36,000 doses of a suitable vaccine which it is sending to people who have had high-risk exposures to the virus. Some European countries, including the U.K. and Spain, have announced similar measures to stem the spread of the disease.

Monkeypox is not considered a sexually transmitted disease, though the majority of cases so far have spread via sex, and particularly men who have sex with men, according to the CDC. 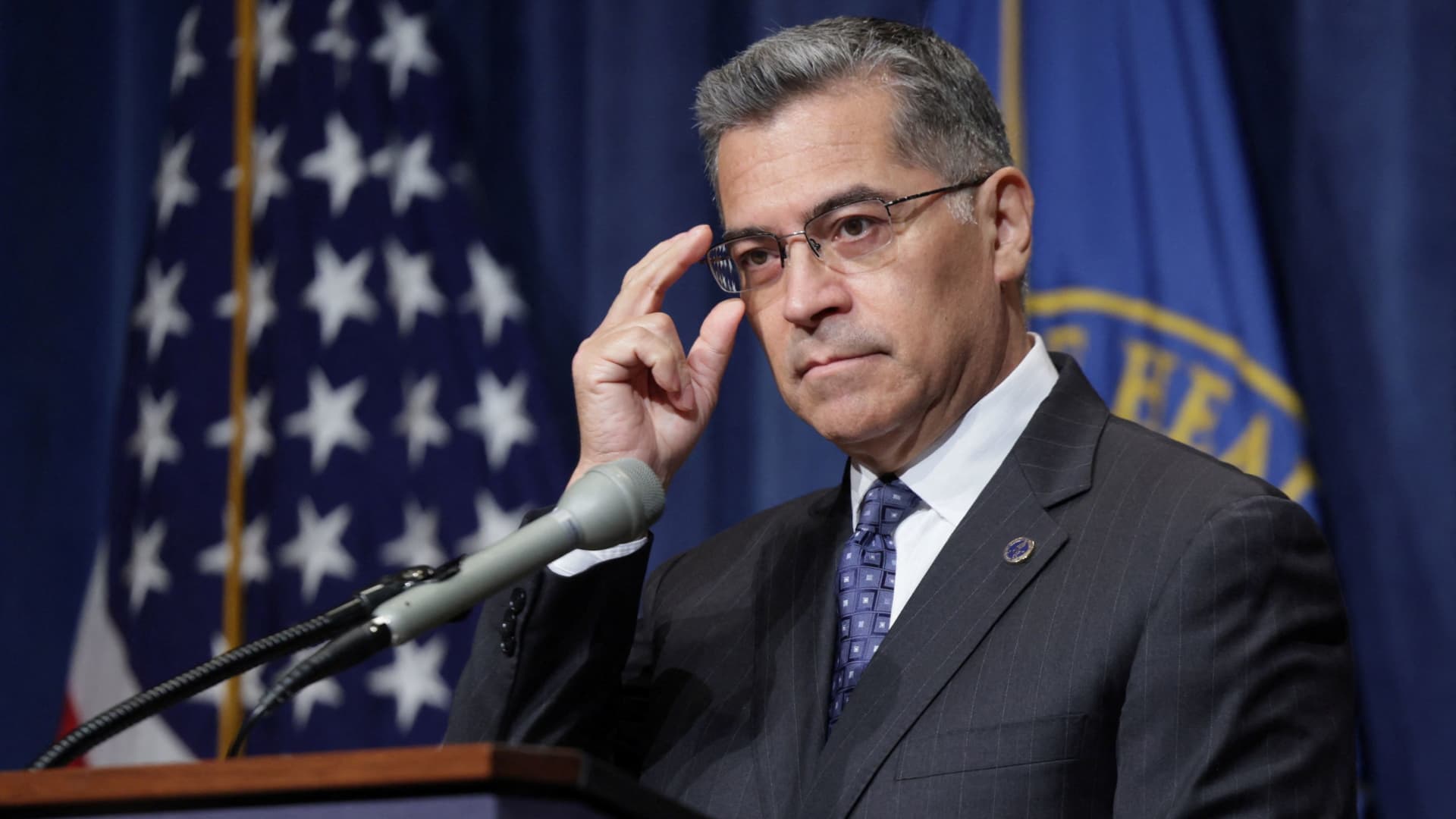 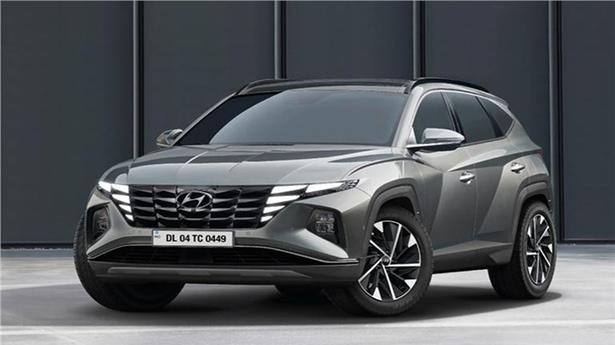