HomeentertainmentAdivi Sesh on ‘Major: Sandeep Unnikrishnan’s story had so much drama that it was tough to include everything in the film
entertainment

Sandeep’s story had so much drama that it was tough to include everything in the film, says actor-writer Adivi Sesh

Sandeep’s story had so much drama that it was tough to include everything in the film, says actor-writer Adivi Sesh

A lot has changed in recent times for actor-writer Adivi Sesh. Major, the Hindi-Telugu film inspired by the life of Major Sandeep Unnikrishnan, which will release on June 3, is his biggest project to date. When he steals some time from the self-admitted hectic promotions for this conversation at a cafe in Hyderabad, it seems like nothing has changed about the man himself. Sesh still has his head firmly on his shoulders and remains his affable self.

He remembers a moment while filming the 26/11 attacks in one of the six sets constructed at the Ramoji Film City (RFC), Hyderabad. “Sobhita (Dhulipala, who plays a hostage at The Taj Mahal Palace hotel) and I looked around the set constructed at a cost of two crore; I told her that Kshanam (2016 Telugu crime thriller) was made in about a crore. For Goodachari, we worked with a budget of under five crore. Then came Evaru (Telugu adaptation of the Spanish film Contratiempo or The Invisible Guest). In all these projects, we gave the audiences slick films that looked more than the production cost.”

Major gave him and director Sashi Kiran Tikka a larger canvas and bigger budget, given that A+S Productions, Mahesh Babu’s GMB Entertainment and Sony Pictures came together. This film aims for the national spotlight but Sesh is not chasing stardom. His intention remains the same: to be a part of creatively satisfying and commercially viable stories.

Sesh is not new to the Hindi audiences, though Major officially marks his Hindi debut. Intelligent Khiladi, the Hindi dubbed version of Goodachari on Aditya Music’s YouTube channel, has more than 87 million views: “I saw another channel on which it had 20 million views,” Sesh mentions with a smile. “During the pandemic, I also got a love of love from people in Bihar, Tamil Nadu and Karnataka who watched Evaru online.”

The team has held a few “secret screenings” across the country, showing the film to around 1700 people: “This is my best project so far; I am not saying this from self-belief, but going by the feedback of those who have seen the film.”

Major is a tribute to Sandeep Unnikrishnan. It was filmed in Hindi and Telugu and dubbed in Malayalam. A portion of the film happens in Mumbai, during the 26/11 attacks of 2008, and hence it lent itself to be made in Hindi. Since Sandeep hails from a Malayali family, the film is also dubbed in Malayalam.

Sesh was living in San Francisco during the 26/11 attacks. Like everyone else, he learnt about Sandeep through the news. The loss felt personal, he remembers. “Sandeep looked like an older brother, perhaps because of the resemblance. He looked like some of my cousins.”

Driven by curiosity, Sesh read up on Sandeep. “The more I read about this man who saved hundreds of people, I became a fan. I began saving newspaper clippings, links to articles and Quora forums where his friends had shared information. I thought I knew a lot about Sandeep. When I met his parents, I realised there was so much more.”

Sesh refers to Sandeep’s parents K Unnikrishnan and Dhanalakshmi as “uncle and amma”. “Amma has so many photographs of Sandeep clicked in his childhood. She was like a social media mother before we had social media.”

Sesh discovered that Sandeep was a “polar opposite of the stereotypical image one might have of a military officer.” “He was fun loving, a fan of Arnold Schwarzenegger and action films, a soccer fan who would argue with his superiors on which club should win while listening to the commentary on the radio,” says Sesh. As the on-screen mother Revathy says in the trailer, Sandeep’s life was a lot more than the 26/11 attacks.

Adivi Sesh on the sets of ‘Major’

The Major team filmed for 120 days in 75 locations and eight sets, six of which recreated the interiors of The Taj Mahal Palace Hotel, only to send them up in flames during the climax portions: “It was heartbreaking that the sets had to be destroyed,” says Sesh. From Kashmir to Pondicherry and Kakinada, the team scouted several locations to match the time period of events that occurred in Sandeep’s story.

The writing process was different from the fictions Sesh had written earlier. “In a fact-driven biopic, one normally tries to add pizzazz to make the story cinematic. Sandeep’s story had so much drama that it was tough to include everything.” He mentions how Sandeep once carried a wounded soldier on his shoulders for six miles in Kashmir. “Contextually, we could not include it in the story; there are many more such incidents we had to leave out.”

In the 136-minute film, there were times the script had to fit in things that happened over five years in Sandeep’s life in one scene. The smaller incidents shown in the initial portions, Sesh explains, become crucial as the story moves ahead and Sandeep takes key decisions: “He was a son, brother, husband, boyfriend, friend… all these roles came only after his duty to India.”

Standing 6‘ 2” tall, Sesh weighed 84 kilograms before Major. He had to get leaner and fitter. “The biopic shows Sandeep in different ages and my weight had to go from 84 to 76, down to 73 and 71, and up again. It was impossible to film in chronological order. The only upside of the lockdowns is that I could change between the weights and muscle tones in a healthy condition, with the help of trainers Satish Paryada and Vishwa Bharath.” Setbacks occurred in the form of dengue and COVID-19 in late 2021. Bouncing back, Sesh shot the remaining scenes: “Thankfully there were no shirtless scenes, so I pulled through.”

I remind Sesh that the last meeting had happened over mocha and croissants with a generous slathering of butter. This time, a leaner coffee suffices. “Oh, I love things with butter, cheese and sugar. It was hard work to cut down all of that. I had to get my act together to be fit enough to play Sandeep.” 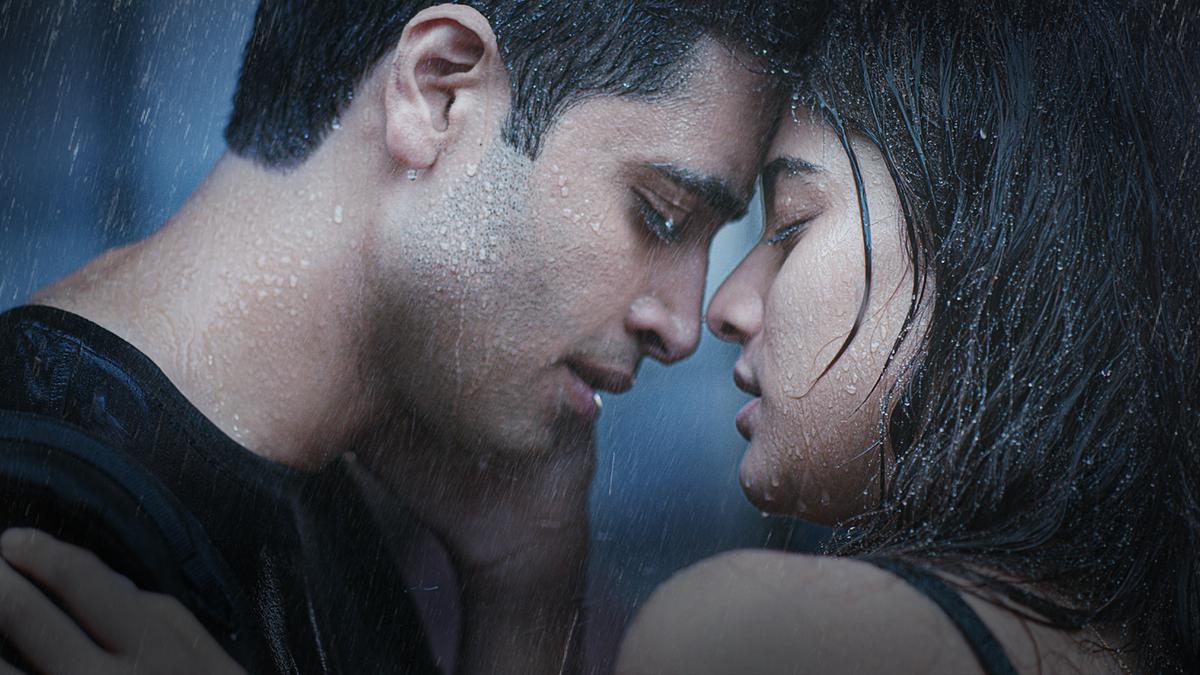 Adivi Sesh and Saiee Manjrekar in the film

There were times when he was stuck, trying to understand Sandeep’s mindset. “I once called amma and asked her what it meant for Sandeep to be a soldier. She recalled several incidents that explained the philosophy by which he lived. His decision to be a soldier coloured every relationship he was a part of.”

The film, Sesh explains, begins by showing Sandeep as a boy next door, enjoying the little things in life, his school crush, before tracing the transformation as a soldier: “Men and women aren’t born great; they do things that make them great.”

Sesh’s next is Goodachari 2, which will be bigger. Plans are on to film in Vienna, India and “we will have to recreate parts of Pakistan.” There is also HIT (Homicide Intervention Team) chapter 2, produced by actor Nani and stylist Prashanti Tipirneni, in which he plays a cop. Director Sailesh Kolanu, he says, has big plans. “He has already planned HIT 3, and eventually wants to bring together all the HIT franchise cops for a project.”

As an actor, Sesh evolved: “I hate watching myself on screen, I can only see the flaws. This time, I am proud of some of the scenes. A telephonic conversation with Isha (Saiee Manjrekar) in the second half required me to convey so much by speaking less. It was a rare instance when I thought I got every beat right.”

In one of the schedules at RFC, the team had to race against time to finish filming. Looking back, he says he delivered some of his best acting moments under pressure. Sesh recalls an anecdote about Kamal Haasan filming for the climax of director Balu Mahendra’s Moondram Pirai. “They were rushing to finish the scene before it began raining. As the train began pulling out of the station, Kamal Haasan enacted the scene; it began pouring but he continued, and so did the camera team. Some of the best moments happen when we least expect it.”