Concern mounted on May 21 over Ukrainian fighters who became prisoners at the end of Russia’s brutal three-month siege of Mariupol, as a Moscow-backed separatist leader vowed they would face tribunals.

Ukraine ruled out a ceasefire or concessions to Moscow while Russia intensified an offensive in the eastern Donbas region and stopped providing gas to Finland, as Polish President Andrzej Duda prepared to address the Ukrainian parliament on May 22.

President of the United States Joe Biden on May 21 signed legislation to support Ukraine with another $40 billion in U.S. assistance as the Russian-Ukraine crisis approaches its fourth month.

With Russia claiming to have taken prisoner nearly 2,500 Ukrainian fighters from the besieged Mariupol steel plant, concerns grew about their fate as a Moscow-backed separatist leader vowed they would face tribunals.

Russia has declared its full control of the Azovstal steel plant, which for weeks was the last holdout in Mariupol and a symbol of Ukrainian tenacity in the strategic port city, now in ruins with more than 20,000 residents feared dead. The seizure gives Russian President Vladimir Putin a badly wanted victory in the war he began nearly three months ago.

As the West rallies behind Ukraine, Polish President Andrzej Duda arrived in Ukraine on an unannounced visit and will address the country’s parliament on Sunday, his office said. – AP

Ukrainian negotiator rules out ceasefire or concessions to Russia

Ukraine on Saturday ruled out agreeing to a ceasefire with Russia and said Kyiv would not accept any deal with Moscow that involved ceding territory.

Acknowledging that Kyiv’s stance on the war was becoming more uncompromising, presidential adviser Mykhailo Podolyak said making concessions would backfire on Ukraine because Russia would hit back harder after any break in fighting.

“The war will not stop [after any concessions]. It will just be put on pause for some time,” he told Reuters in an interview in the heavily guarded presidential office, where some of the windows and corridors are protected by sandbags. – Reuters

Ukrainian director Dmytro Sukholytkyy-Sobchuk criticised the Cannes Film Festival for including a Russian director in its line-up, as the debut filmmaker’s “Pamfir” was shown at Cannes’ Directors Fortnight on Saturday.

The festival has banned official Russian delegations from attending, but Russian dissident Kirill Serebrennikov, who has spoken out against the invasion of Ukraine, premiered his in-competition film “Tchaikovsky’s Wife” at the festival on Wednesday. – Reuters

A protestor wearing body paint that reads “Stop Raping Us” in the color of the Ukrainian is removed from the red carpet at the premiere of the film ‘Three Thousand Years of Longing’ at the 75th international film festival, Cannes, southern France on Friday, May 20, 2022.
| Photo Credit: AP

A woman who stripped off her clothes to reveal a message against rape written on her body crashed the Cannes Film Festival red carpet premiere of George Miller’s “Three Thousand Years of Longing” on Friday.

The unidentified woman tore off her clothes during the film’s red carpet procession to reveal the message “Stop raping us” written across her torso next to the blue and yellow colors of the Ukraine flag. Red was also painted on her legs and groin.

Who were Mariupol’s last defenders?

The Ukrainian forces who made a determined last stand in a Mariupol steel mill against Russian troops were a mixture of seasoned soldiers, border guards, a controversial national guard regiment and volunteers who took up arms in the weeks before Russia’s invasion.

As Russia announced it had completed its takeover of Mariupol with the surrender of the fighters who served as the final obstacle, Ukraine’s government did not confirm the city’s fall. Earlier in the week, Ukrainian officials said its combatants in the Azovstal steel plant had completed their mission and were being evacuated, describing them as heroes who had fulfilled a grueling task.

Media advisor to former Prime Minister Manmohan Singh, Sanjaya Baru, said that there are several lessons to learn from the ongoing war between Russia and Ukraine and the stand taken by the Indian Government is appreciable.

He said that Russia has always stood by India as a reliable and trustworthy supplier. “India must be self-reliant, particularly in the defence sector. There is tremendous pressure on the country to distance itself from Russia but the government is standing firm on being independent,” he said.

President of the United States Joe Biden on Saturday signed legislation to support Ukraine with another $40 billion in U.S. assistance as the Russian-Ukraine crisis approaches its fourth month.

The legislation, which was passed by Congress with bipartisan support, deepens the U.S. commitment to Ukraine at a time of uncertainty about the war’s future. Ukraine has successfully defended Kyiv, and Russia has refocused its offensive on the country’s east, but American officials warn of the potential for a prolonged conflict.

Ukraine’s President Volodymyr Zelensky warned on Saturday that only a diplomatic breakthrough rather than an outright military victory could end Russia’s war on his country, as Moscow cut gas supplies to Finland.

“There are things that can only be reached at the negotiating table,” Mr. Zelensky said, just as Russia claimed its long-range missiles had destroyed a shipment of Western arms destined for Ukraine’s troops. 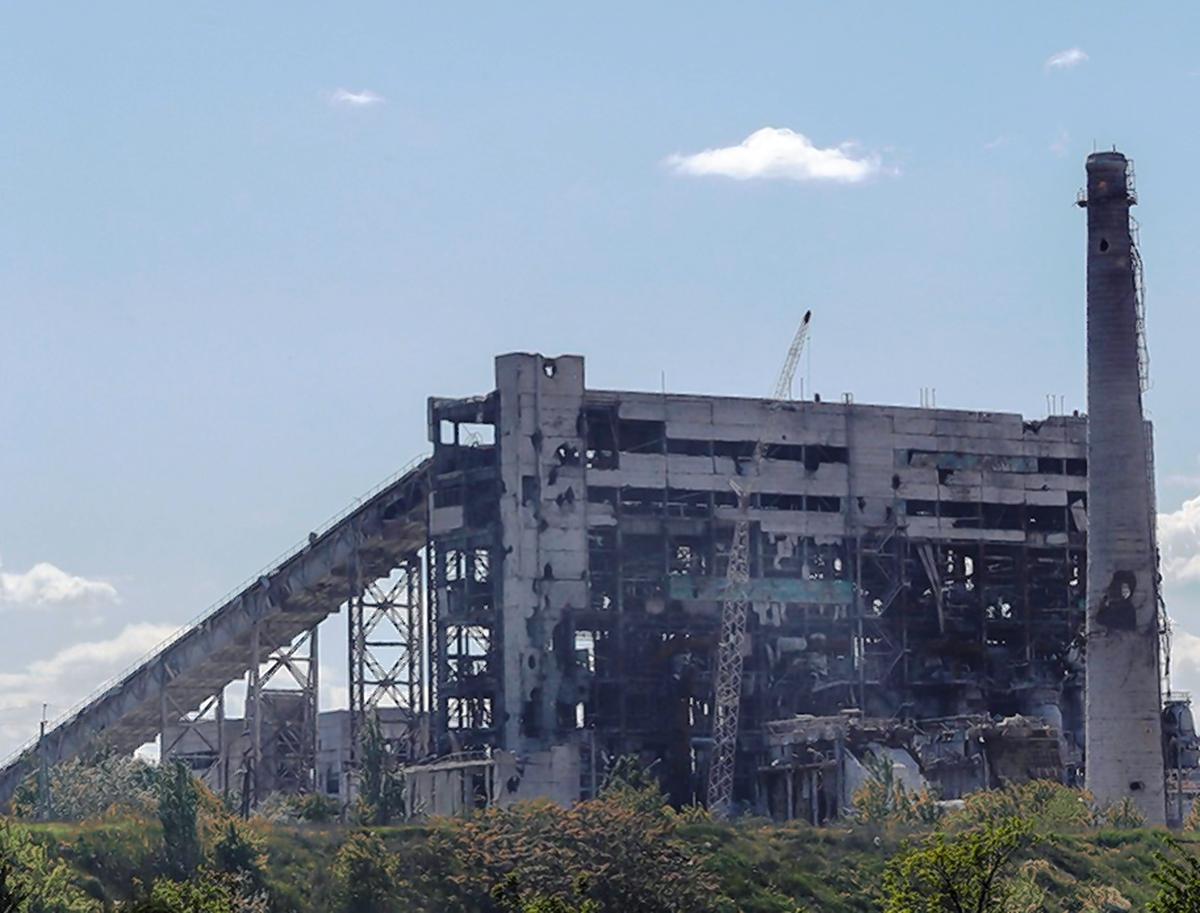 A view shows a destroyed facility on the territory of Azovstal steel mill during the Ukraine-Russia conflict in the southern port city of Mariupol, Ukraine on May 20, 2022.
| Photo Credit: Reuters

Explained | Why is Turkey against Sweden, Finland joining NATO?

With the Russian invasion of Ukraine nearing three months, Sweden and Finland (SweFin), the two Nordic countries that have historically stayed out of military alliances, have formally applied to join the North Atlantic Treaty Organization (NATO).

If President Vladimir Putin ordered the Ukraine attack on February 24, apparently to prevent NATO’s further expansion into Russia’s neighbourhood, he is now facing the prospects of two countries joining the trans-Atlantic military alliance.

But their accession into NATO may not be smooth. Turkey, a NATO member since 1952, has said it would oppose the Nordic countries joining the bloc, citing that they harbour “terrorist groups” — a reference to Kurdish insurgent outfits. Put together, these developments — the continuing war in Ukraine, fresh NATO applications, and Turkey’s opposition to SweFin’s bid — have shaken up Europe’s delicate security equilibrium further.

Russian energy giant Gazprom said on May 21 that it had stopped all natural gas supplies to Finland as it had not received payment in rubles.

After Russia moved troops into Ukraine on February 24, Moscow has asked clients from “unfriendly countries” — including EU member states — to pay for gas in rubles, a way to sidestep Western financial sanctions.

The women’s and men’s professional tennis tours will not award ranking points for Wimbledon this year because of the All-England Club’s ban on players from Russia and Belarus over the invasion of Ukraine, an unprecedented move that stands as a significant rebuke of the sport’s oldest Grand Slam tournament.