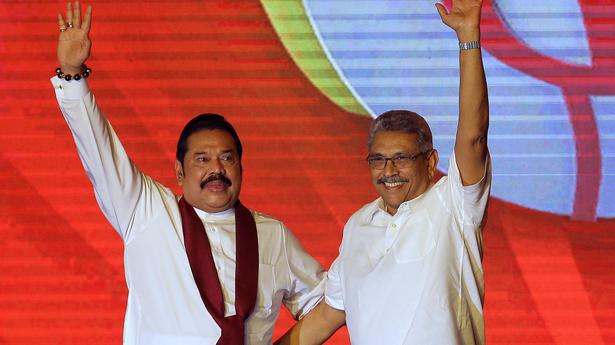 Should the President accept it, the Cabinet will stand dissolved as per Sri Lanka’s constitution

Should the President accept it, the Cabinet will stand dissolved as per Sri Lanka’s constitution

“The PM sent his letter of resignation to the President about two hours ago. I don’t know if it has been accepted,” Prime Minister’s media secretary Rohan Welivita told The Hindu.

Effective immediately I have tendered my resignation as Prime Minister to the President.

Should the President accept it, the Cabinet will stand dissolved as per Sri Lanka’s constitution. It would demand the formation of a new, interim government under President Gotabaya Rajapaksa, who remains in office despite mounting calls for his resignation, as citizens protest his “failed” crisis response.

Earlier on Monday morning, hundreds gathered at Temple Trees, Prime Minister Mahinda Rajapaksa’s official residence. They chanted slogans expressing support to their beleaguered leader who, along with his younger brother President Gotabaya Rajapaksa, is at the centre of anti-government protests in the island that is facing a grave economic crash, marked by acute food, fuel and cooking gas shortages.

A pro-Rajapaksa mob attacked these protesters injuring dozens of them and tents demolished.

On Sunday, Mr. Mahinda was booed as he passed by the Sinhala-dominated Anuradhapura, while he visited the famous Buddhist temple there. “I am prepared to make any sacrifice for the people,” he told his supporters.