HomeentertainmentRicha Chadha on playing a sex worker, the world of audio shows, and more
entertainment

Richa Chadha on playing a sex worker, the world of audio shows, and more 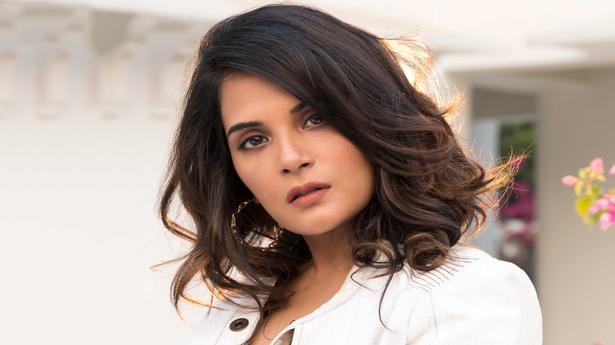 The ‘Masaan’ actor voice-stars as a sex worker in a new thriller podcast ‘Baby Doll,’ an Audible original

The ‘Masaan’ actor voice-stars as a sex worker in a new thriller podcast ‘Baby Doll,’ an Audible original

Baby (Chadha) is a hurt and humiliated sex worker, who takes on a dreaded underworld don, played by Jaideep Ahlawat, to avenge the violent death of her friend.

Richa talks to us about the show, the politics of the sex trade in the country and her upcoming projects.

Excerpts from the interview:

What does your preparation for a show in the audio format involve?

I have done audio shows before, but it is my first time doing a pure Hindi hinterland (audio) show and I thoroughly enjoyed the experience. You get to engage the audience with purely your voice; you have nothing else to offer. It is just a whole world created by the sound programmer and foley artist.

In terms of preparation, we did multiple readings. My accent had to be diluted to reflect my character’s background; the readings helped me figure out the right voice.

[A foley artist creates sound effects in a studio during post-production. These sounds include anything from the sound of a glass breaking to the sound of footsteps and a punch landing on a person’s face]

Did you work with any dialect coaches for the show?

No (laughs) I know the belt the story is set in very well, and I am quite good at picking up different Indian accents, so I did not work with any dialect coaches.

How does the visual aesthetic of a character translate to audio shows? Is it solely based on voice modulation and dialect?

For us, it is just voice acting and then the production work begins, where you add sound effects of what is happening from the world the character belongs to. So it is just a good high-level foley with a good sound designer. That is pretty much it.

Do you see audio shows becoming a part of the mainstream? Will we have a new crop of voice actors?

There are already people who are making careers out of voice acting. There are incredibly talented voice-over artists and theatre actors who have a trained and rehearsed voice with grain and texture. So I think the time is already here. And despite the pandemic, there has been an explosion in the audio world.

Is the format a little restricting in terms of genre? For instance, do you see a superhero audio film reaching the audience?

Definitely, I see superhero films adapting to the audio format. There are already detective shows and thrillers, and there’s only space to grow, because it is easy to produce these shows as well. You just need a good sound programmer; you don’t need thousands of crores to depict a very large scene of a battlefield. You can do it with sound alone, and that’s what makes it fun.

How did you prepare to play the role of a sex worker?

I had previously worked on Love Sonia, and during the preparation for that movie, I met a lot of sex workers. I knew of their world before coming on board this show, and that definitely helped.

What do you make of the politics surrounding sex workers in the country?

People don’t fully understand what happens in the lives of sex workers. When people fight for the legalisation of sex work, it does not mean they are fighting to expand the industry. There are multiple instances where young girls are trafficked from their houses, and if you sort of work towards legalisation, these people will have rights.

If you hear my character’s backstory, it is very tragic. I have met sex workers who were trafficked when they were as young as six or seven. If you want to visit hell on earth, you should visit a brothel.

It’s not like the trade is going away… but if we legalise it, then we will have the means to put an end to incidents of trafficking.

What can you tell us about your character in Baby Doll?

My character is a woman with nothing to lose, and she draws her courage from that. The audience should just see how she manages to extract revenge or justice after going through hell. She is someone who doesn’t give up, and is very focused on what she wants.

How is the actor-director relationship when it comes to audio shows?

The actor-director relationship is quite similar to that of conventional movies. The director and writer, Pravesh Bhardwaj, was looking at me from the other room of the dubbing studio and was giving me cues. You know, in some old movies you see people directing the artist in a dubbing studio through a glass screen? It was very similar to that!

Do you see yourself doing more audio shows in the future?

I hope so, as they are very rewarding. I come across people’s experiences listening to these in the fan mail, and it’s really gratifying. I really think there is a world out here that is waiting to be explored.

Would you like to talk about your future projects?

A lot of work has come my way. So I am analysing what is better for me; work that will be creatively satisfying. Speaking specifically, there is Fukrey’s third instalment, the second season Great Indian Murder in which we finally solve the case, and at least three films I need to finish between September and December. So, yeah, a lot from my side!