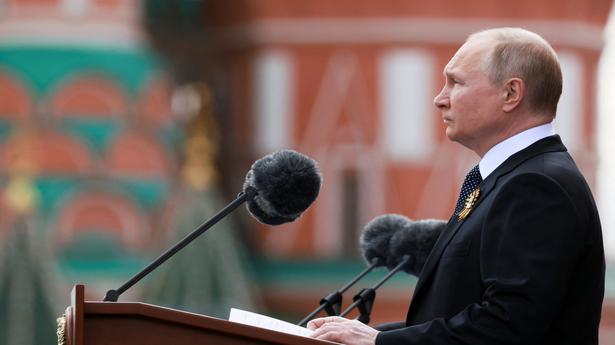 Russian President Vladimir Putin evoked the memory of Soviet heroism in World War Two on Monday to urge his army towards victory in Ukraine.

Addressing massed ranks of servicemen on Red Square on the 77th anniversary of victory over Nazi Germany, Mr. Putin condemned what he called external threats to weaken and split Russia, and repeated familiar arguments he had used to justify its invasion—that NATO was creating threats right next to its borders.

He directly addressed soldiers fighting in the Donbass region of eastern Ukraine which Russia has pledged to “liberate” from Kyiv.

“Defending the Motherland when its fate is being decided has always been sacred,” he said. “Today you are fighting for our people in Donbass, for the security of Russia, our homeland.”

Mr. Putin’s 11-minute speech on day 75 of the invasion offered no assessment of progress in the war and gave no indication of how long it might continue.

He has repeatedly likened the war—which he casts as a battle against dangerous “Nazi”-inspired nationalists in Ukraine—to the challenge the Soviet Union faced when Adolf Hitler invaded in 1941.

Ukraine’s President Volodymyr Zelensky has said it is Russia that is staging a “bloody re-enactment of Nazism” in Ukraine.