HomesportIPL 2022: ‘Ever Since I Hurt My Ankle’-Moeen Ali Says Change in Action Helped His Bowling
sport

IPL 2022: ‘Ever Since I Hurt My Ankle’-Moeen Ali Says Change in Action Helped His Bowling


Mumbai: Albeit quite late in the tournament, an ankle injury has come as a blessing in disguise for spinner Moeen Ali and his IPL team, defending champions Chennai Super Kings.

While the Mahendra Singh Dhoni-led CSK are technically not out of contention for a playoff berth in IPL 2022, their string of defeats has made their task uphill, as they have to win the three remaining league games and also hope for favourable results of other teams.

On Sunday, the four-time champions climbed a rung, to No. 8 on the IPL table with eight points, following their 91-run win against Delhi Capitals. Moeen Ali (3/13 from four overs) and New Zealand batter Devon Conway (87 off 49 balls) were the architects of the massive win at the DY Patil Stadium on Sunday.

After the match, Moeen revealed how a change in action has helped him.

“Ever since I hurt my ankle, I had to change my action a little bit. It was probably for the best. It’s actually helping in these wickets. Wickets are dry here; you have more in the game. I knew I could get hit but also I knew I could bowl decently. I’m just happy with that bowling,” aid Moeen.

The England all-rounder credited skipper Dhoni and coach Stephen Fleming, saying he tries to learn as much as possible from the duo.

“It’s a great opportunity for me because he is the captain. I’m trying to pick up a lot of things as a captain when I go back home. We discuss what type of bowlers we have. Of course Flem (Stephen Fleming) tells me what wicket it is and how to bowl. As everybody knows, he’s amazing. I try to pick his brain as much as possible,” said Moeen to csk tv.

The all-rounder also heaped praise on Devon Conway for his brilliant run of form and his opening partnership alongside Ruturaj Gaikwad.

“The marriage (Conway tied the knot late last month) is obviously working. He’s doing well. He’s somebody who gets a lot of runs. He’s a run getter. Him and Rutu (Gaikwad) have now started off the partnerships that we needed after Faf (du Plessis) left (to become RCB skipper). He’s (Conway) a great player. He plays great shots and I’m really really happy for him,” added Moeen.

Moeen also said that massive win against Delhi Capitals on Sunday will give CSK a lot of confidence going into their subsequent matches.

“Any win at the moment is great for us. To win against a great side gives us a lot of confidence going forward. I think we got a great score, we missed out on a few at the end, we were probably looking at 210-215, happy to have gotten over the 200 mark. We knew it would be a good score with the spinners we’ve got. We just stayed in the moment, in the present, and got some nice shots in the end. 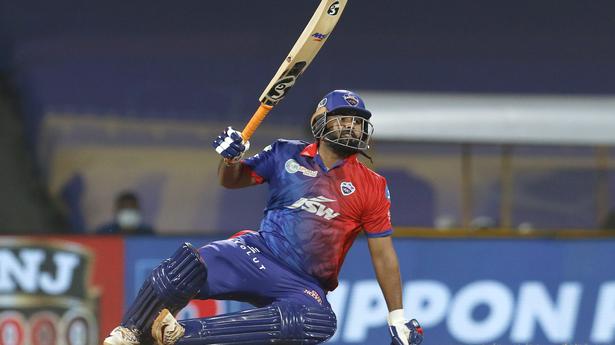