HomeBusinessGovt. has opened up avenues for private sector investment without bar: Sitharaman
Business

Govt. has opened up avenues for private sector investment without bar: Sitharaman 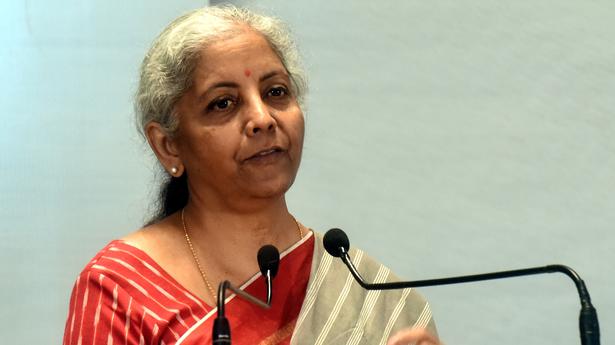 
The private sector can now invest in any sector where there is opportunity, Union Finance Minister Nirmala Sitharaman said here on Monday. This follows her 2021 Budget announcement that there would be no area reserved only for the public sector.

Presenting “Startup Dhruv Awards” at a function organised by the StartUps Academy, she said the public sector would be present in strategically important and national security-related sectors. But, the private sector could also be present here, she pointed out.

Since Independence, several priorities and incentives were given to promote manufacturing activity, especially in core sectors in the country. However, these were planned centrally and were regulated and hence there was a licence quota raj, she said. Though industries grew in such an environment too, there were limitations. In 1991, with Balance of Payment crisis, the economy was opened up. But, it was opened up only in some sectors. It was a compulsion to open up the economy then.

However, to unleash the natural capabilities and strengths in the country, Prime Minister Narendra Modi had said a policy change was needed, she highlighted. This decision was announced in the 2021 Union Budget and now all sectors are opened up for private sector participation. Anticipating that only large-scale operations may happen with this too, and since MSMEs are the “real big strength” of the country and are the backbone of the economy, MSMEs are supported, she said.

As youngsters think of frugal innovations, want to use technology to improve efficiencies, scale up and tap opportunities in the global market. the Prime Minister had announced support for start-ups in 2015. Places such as Bengaluru and Hyderabad are start-up centres. Start-ups in places such as Coimbatore should use the Web 3.0 world, artificial Intelligence and Big Data to bring efficiencies in all sectors. “Coimbatore start-ups should show the lead in this,” she urged.

Sanjay Jayavarthanavelu, chairman and managing director of Lakshmi Machine Works, said Tamil Nadu was the manufacturing engine of the country. The defence corridor in the State was an opportunity for traditional industries and start-ups to make use of the opportunities in the defence sector and scale up, he said.