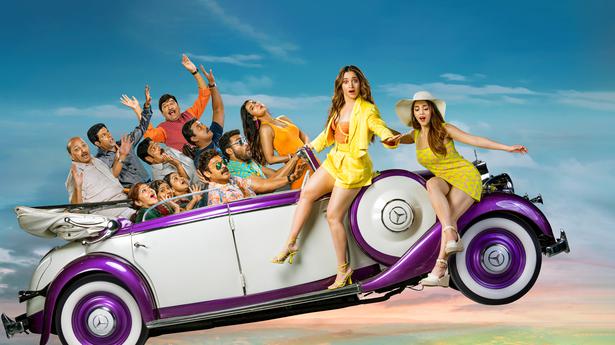 How much ‘money plant’ does one need to be surrounded with in the hope that it will pave the way to make more money? Plenty of it, according to the F3 family. The women even cook dishes using the leaves of the money plant. The 2019 Telugu comedy F2: Fun and Frustration was a runaway hit. Three years later, director Anil Ravipudi ups the humour quotient in the sequel F3, scheduled to release in theatres on May 27. The trailer of the Telugu sequel starring Venkatesh, Varun Tej, Tamannaah and Mehreen in the lead role indicates a laughter riot.

The trailer unveiled on Monday morning begins with actor Murali Sharma stating that after the five elements of Nature, money has become the sixth hidden element that drives people.

As the middle class family is caught up in the race to make more money, Venkatesh’s character goes through night blindness and Varun Tej tries to overcome his stutter in a humorous manner. There are also references to the actors’ respective lineages, as they mention the Daggubati and Mega families. Vennela Kishore features in a parody scene as a pan-India junior artiste.