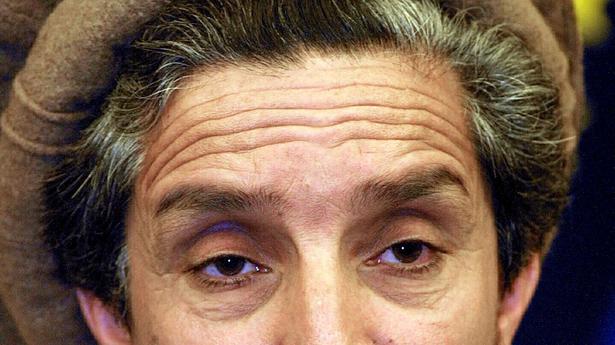 An Afghan insurgent group led by the son of late anti-Taliban commander Ahmad Shah Massoud claimed Saturday to have seized three northern districts from the hardline Islamists, after announcing a wide military offensive.

The National Resistance Front (NRF), led by Ahmad Massoud, said the action in the Panjshir Valley was its first armed offensive against Taliban forces since they stormed back to power.

NRF forces were the last to hold out against the Taliban takeover of Afghanistan in August last year, retreating to the Valley which fell in September, weeks after U.S.-backed government troops capitulated.

“Since last night when Ahmad Massoud… ordered his forces to launch their offensive, three major districts were liberated in Panjshir,” Ali Nazary, head of the NRF’s foreign relations, said.

The NRF took the main road, outposts and villages in these districts and then besieged the Taliban in the district offices, he said.

“Many Taliban fighters have asked for time to surrender. The enemy has suffered heavy casualties.”

Mr. Nazary said the NRF offensive would continue across 12 provinces where its forces had a presence, mostly in the north.

The Taliban government rejected the NRF claims, saying there had been no “military incidents” in Panjshir or any other part of the country.

“The allegations made by some insurgents in the media are untrue,” spokesman Zabihullah Mujahid said on Twitter.

Residents of Panjshir said there was heavy fighting during the night.

“People are leaving the areas because of the fighting,” said one, who asked not to be named.

A local Taliban commander confirmed there was fighting with NRF fighters.

“But we have not been surrounded or ambushed,” Dad Mohammad Batar said.

The Panjshir Valley is famed for being the site of resistance to Soviet forces in the 1980s, as well to the Taliban in the late 1990s during their first stint in power.

Its most revered figure is Ahmad Shah Massoud, known as the “Lion of Panjshir”, who was assassinated in 2001 by Al-Qaeda, two days before the 9/11 attacks.

His son has since picked up the mantle, and media reports say he has been organising a resistance with other exiled Afghan leaders.