The Indian leg of the Great Backyard Bird Count records an impressive 1,017 species 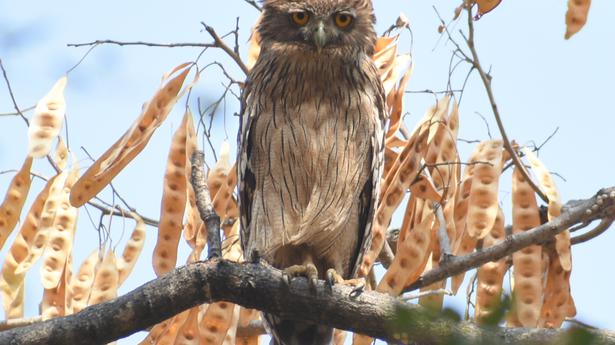 A pair of bright yellow eyes stared right back at Angeline Mano, a 23-year-old birder, as she zoomed in with her binoculars. Angeline was at Stanley Reservoir in Salem, one of the largest fishing reservoirs in South India, documenting birds for the recently-concluded, annual Global Backyard Bird Count (GBCC). The bulky bird with a finely streaked breast, was a brown fish owl, perched on a branch just 10 metres away.

The India leg of the four-day event, coordinated by Bird Count India, allowed participants to count birds for as little as 15 minutes from a particular location. They upload their sightings online, on eBird (www.ebird.org/india), the world’s largest biodiversity-related citizen science platform.

“I was thrilled to see a brown fish owl for the first time,” says Angeline, adding “I also saw the migratory European bee eater and a white-naped tit, endemic to India and a threatened species.” A nature educator with the Salem Ornithological Foundation, she has emerged as a top birder from India at the GBCC, with a maximum number of 384 lists, a feat she achieved after spending over 90 hours of birding.

“The 10th edition of GBBC India was a rousing success,” says Mittal Gala, project coordinator with Bird Count India, an umbrella group of a large number of birding, Nature and conservation organisations. “Three thousand birders uploaded 41,694 checklists and recorded an impressive 1,017 species, which is 75% of the total number of species known to occur in the country.”

Mittal adds that such initiatives create snapshots of bird diversity across India, and provide insights into how the world’s birds may be faring over time. In South India, the house crow, common mynah and black drongos continued to be the top three commonly spotted birds. The Andaman and Nicobar Islands recorded four new species in the top five: the Andaman coucal, red-whiskered bulbul, white-throated kingfisher, and brown shrike.”

Tamil Nadu was the top State in contributing data, followed by Kerala, Karnataka, Gujarat and Maharashtra. Salem district in Tamil Nadu alone uploaded over 8,000 checklists. “Birdwatching and bird monitoring evolved as a conservation movement over the years because of GBBC,” says Ganeshwar SV, founder of the Salem Ornithological Foundation.

While in the last two years, India ranked third behind the US and Canada in terms of checklists uploaded, this year India came in second behind the US, which uploaded close to two lakh checklists. Every year, the event sees new regions step up to participate. This year, birders in Tripura uploaded 379 lists, a remarkable growth from just five lists in 2021.

Dipak Sinha who teaches at College of Agriculture, Lembucherra, credits this feat to increased participation from the student community. “A team of 80 birders took part covering Tripura, Gomathi, and Dhalai districts. We saw the red-throated thrush, a rarely spotted winter migrant. I go on Nature walks and birding regularly with my students to encourage them, and one of them, Chayan Debnath, has 88 checklists from here.” 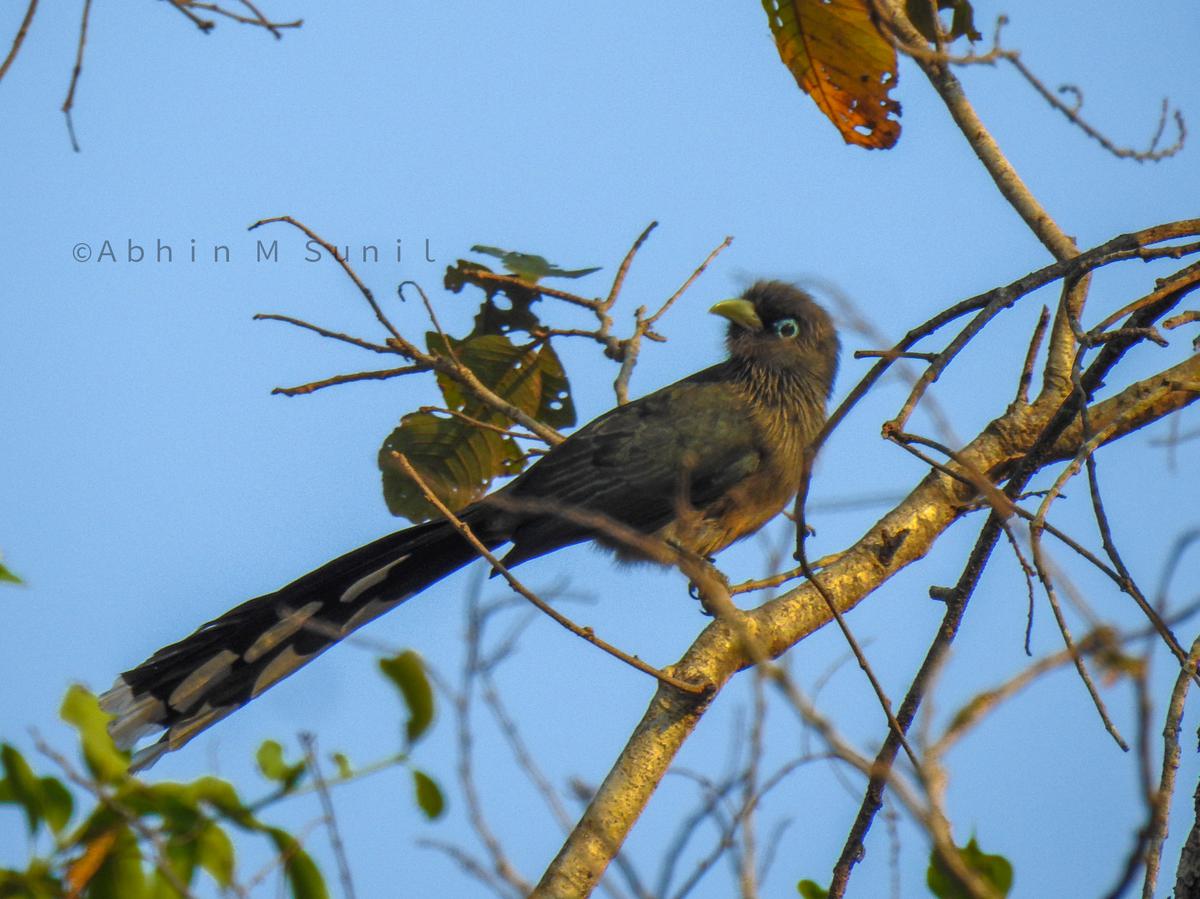 The Campus Bird Count, which runs alongside GBBC in India, records birdlife in multiple campuses. Abhin M Sunil, a postgraduate student of Kerala Agriculture University, Thrissur, recorded over 100 bird species at the campus, which has streams, ponds, a botanical garden, plantations, and paddy fields, covering a variety of habitats. “We recorded the white-cheeked barbets in large numbers and other rare birds like the white-rumped shama, blue-faced malkhova, and brown-breasted flycatcher. We tracked a decline in numbers this year, perhaps due to a spell of dry weather this year,” he says.

At Panchayat Union Middle School in Krishnampudur, Tamil Nadu, every student has turned birder inspired by their school headmaster S Senthil Kumar who has documented the migratory European bee eater at Mettur, and also the nesting and feeding behaviour of resident birds like the yellow wagtail and Indian night jar.

“Our students came up with 4,200 checklists which helped push the tally of Tamil Nadu to number one,” he says, adding, “The hobby has made students responsible. They care for birds and don’t hunt birds or damage their nests. We have set up artificial nests that attract birds like the Indian roller and Brahminy starling.”

The Hindu Business Line34 mins ago
3