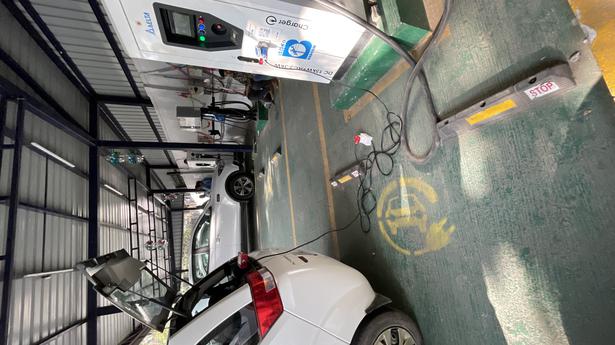 
CG Power and Industrial Solutions Ltd. (CGPISL) has accorded priority for making motors for EVs and has started talking to some existing players.

“This is certainly a priority area for us,” MD N. Srinivasan said on an analysts’ call. “We continue to work to see how we can meet the requirements for the electric vehicles,” he added.

Mr. Srinivasan said company officials were in talks with some existing players to explore how they could develop motors for electric vehicles. At the same time, he also emphatically ruled out getting into manufacturing batteries for EVs.

“We are talking to a lot of people. We are also doing some development work. Nothing concrete has come to disclose or talk,” he said.

He also informed that the company had secured an order relating to Vande Bharat trains. He did not elaborate.

“Going forward, when we establish our credentials, we will be ready and fit for participating in the tenders after two years,” the company’s MD said.

“Then, we could be in a position to fight against all our competitors who are major players such as Alstom and Siemens.”

CGPISL has two transformer manufacturing facilites — one in Bhopal for power transformers and another in Gwalior for distribution transformers. Capacity expansion in both these plants is on the anvil, said Mukul Srivastava, president, power systems.