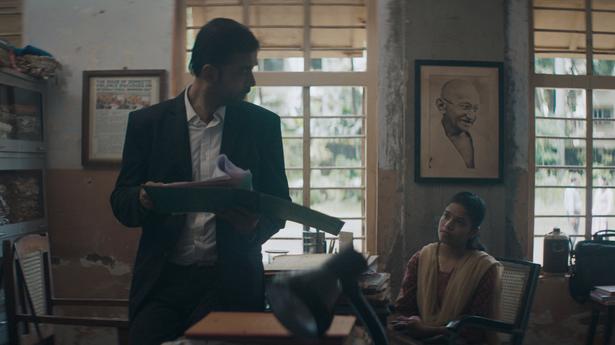 The film Vakeel Babu, produced by Civic Studios and co-produced by TrainTripper Films, has landed a place at the 22nd edition of the New York Indian Film Festival (NYIFF) 2022, taking place virtually from May 7th to 13th 2022.

Vakeel Babu is directed by Sumit Purohit, BAFTA Breakthrough Honoree 2020-21 and the writer of Scam 1992 and Inside Edge,  and stars Abhishek Banerjee, Bhamini Oza Gandhi and Lovleen Mishra in pivotal roles. The film traces the journey of Shiraz Hassan (played by Banerjee) who is distracted with chasing success through his digital video channel, and then gets approached online by an anonymous victim with a powerful abuser – will he take the case?

Emerging from in-depth, on-ground research on the legal challenges for victims of gender-based violence (GBV), the film aims to drive conversation on the essential role lawyers play in the lives of clients seeking justice against gender-based violence, specifically domestic violence.

Sumit Purohit, director, Vakeel Babu, said, “This film touches on a very relevant subject on improving access to justice, and we wanted to address it through the transformation journey of an aspiring lawyer. It has been a fulfilling experience collaborating with Civic Studios and using storytelling for good. We are grateful to platforms like NYIFF that give real, honest stories from India a global platform to shine.””

Vakeel Babu has also been selected as a finalist at the 52nd Annual USA Film Festival which took place from April 20th to 24th 2022 in Dallas, Texas.