HomesportRCB’s most important win of the season: Josh Hazlewood
sport

RCB’s most important win of the season: Josh Hazlewood 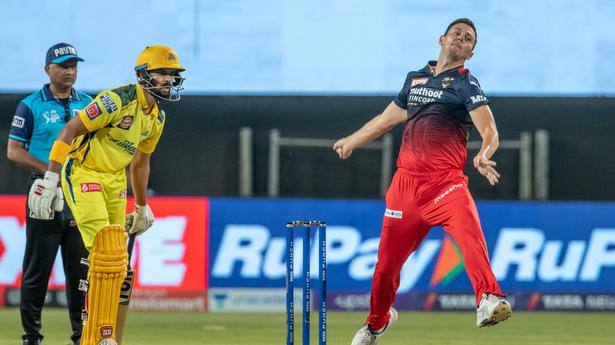 
Moments after having made his former teammates regret being at the wrong end of his accurate bowling and, more importantly, having helped Royal Challengers Bangalore resurrect its campaign, pacer Josh Hazlewood termed his team’s win against Chennai Super Kings “the most important” of the season.

“It’s probably our most important victory of the tournament so far. We’re sort of at a point where we need to win every game to make the playoffs. Tonight was the first step,” Hazlewood said on Sunday, after RCB successfully defended 172 for eight.

“We were a bit flat in the last three games, so there were things to work on in batting, bowling and on the field. So, it was good to see us going out and getting our chances, creating our chances. Yeah, it’s our most important victory so far.”

Having lost three games on the trot, the victory helped RCB regain a top-four slot. Hazlewood played a huge role, bowling two overs for just six runs at the start. He then teamed up with Harshal Patel at the death to defend 52 runs in the last four overs without any fuss.

The Australian had high praise for Faf du Plessis, his former CSK mate who is now in charge at RCB. “Obviously Fafs knows my game, so it’s great to have him around at mid-on or mid-off discussing plans. And we sort of read each other pretty well,” Hazlewood said.