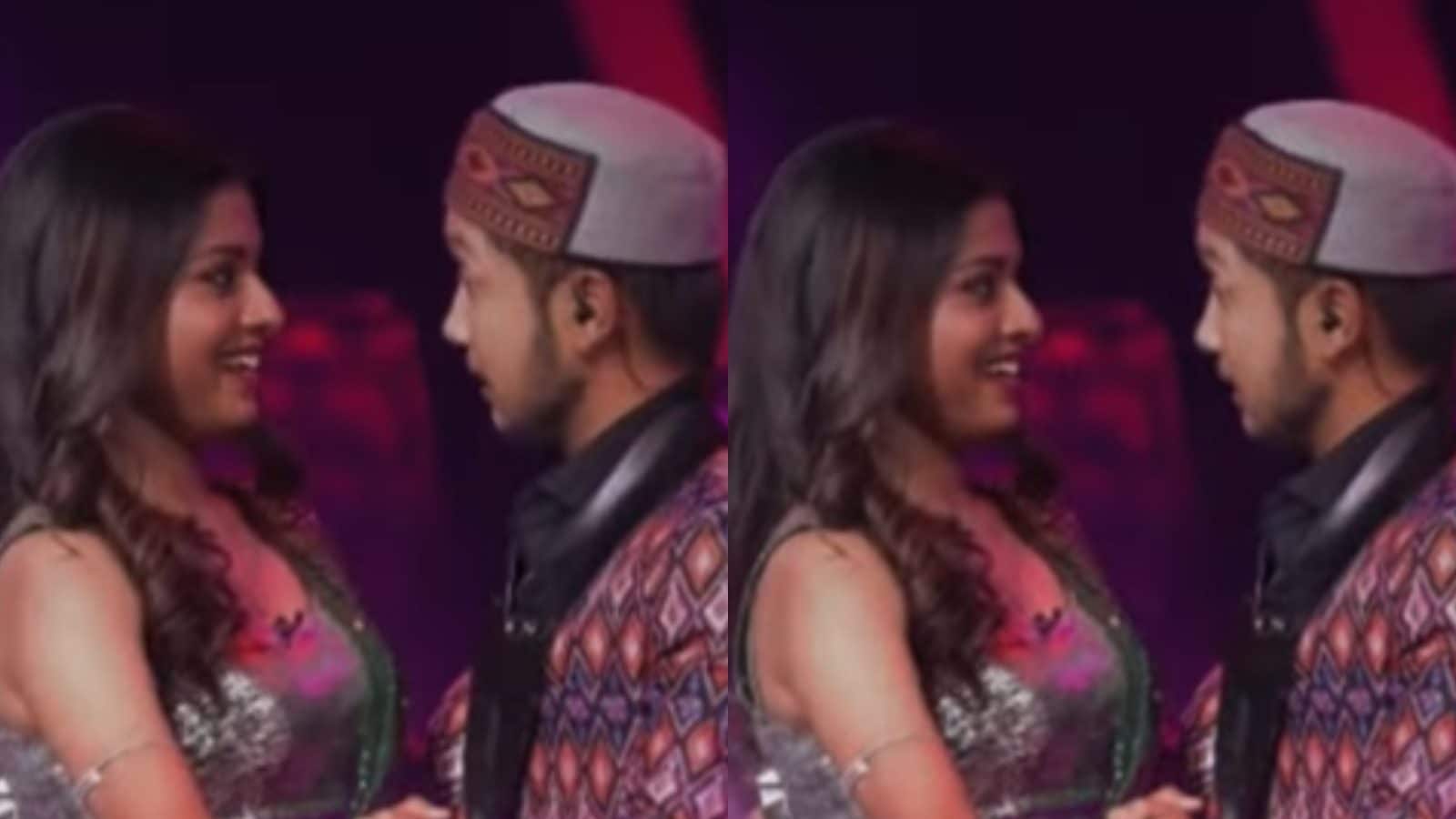 Indian Idol’s Pawandeep Rajan and Arunita Kanjilal share a strong friendship. They recently recorded a new song together and are currently seen in Superstar Singer 2.

Winner of Indian Idol season 12 Pawandeep Rajan added a touch of romance in the upcoming episode of the reality show Superstar Singer 2. Rajan danced with his rumoured girlfriend and Indian Idol season 12 contestant Arunita Kanjilal to the melodious tunes of Ishq Wala Love. The two singers are now the captains of Sony TV’s singing reality show Superstar Singer 2. Stills from the upcoming episode of the children’s singing show featured the two singers slow dancing as the misty set lit up to complement the romantic mood.

Arunita was spotted in a black and grey glittering saree while Pawandeep was dressed in his typical Himachali cap and a vibrant jacket along with a pair of black pants. In the upcoming episode, contestant Sayisha Gupta from Punjab will be seen sharing the stage with her mentor Pawandeep. Praising Sayisha’s performance, Pawandeep can be heard saying, “Apart from being a phenomenal singer, Sayisha is also my dance guru.”

Sayisha responded to Pawandeep’s claims and said in the episode, “Arunita didi came up to me saying that Pawandeep bhaiya is very boring, so I decided to teach him couple dance.” Pawandeep and Arunita showed off their romantic skills as they danced to Student Of The Year’s romantic melody Ishq Wala Love, composed by Vishal-Shekhar, as choreographed by Sayisha. The whole stage was transformed into a dreamy set-up with pink lighting and balloons. Arunita and Pawandeep’s undeniable chemistry will certainly get the fans excited and make the episode much more entertaining this weekend.

The reality show is judged by veteran playback singers Alka Yagnik, Javed Ali, and music composer-singer Himesh Reshammiya. Besides Pawandeep and Arunita, there are three other captains who mentor the contestants, they are Sayli Kamble, Mohammad Danish, and Salman Ali.

Superstar Singer 2 airs on Saturday and Sunday at 8 pm on Sony Entertainment television.