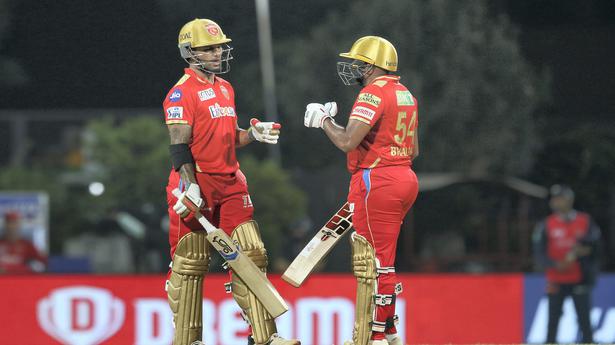 
Just two points separate on the points table are Rajasthan Royals and Punjab Kings. The two sides come face to face in what promises to be a fascinating IPL encounter at the Wankhede Stadium in Mumbai on Saturday.

Royals are third in the table with 12 points while Kings are seventh with 10. Both sides need a win to brighten the chances of qualifying for the playoffs, with Kings needing it a little more; Royals lost their last two matches, though.

Kings scored an eight-wicket victory against leader Gujarat Titans in its last match. After the bowlers, led by Kagiso Rabada, reduced Titans to 143, Shikhar Dhawan, Bhanuka Rajapaksa and Liam Livingstone completed the chase with ease.

The only blip was the failure of Jonny Bairstow, who was promoted to open the innings with captain Mayank Agarwal dropping himself down the order. The Englishman hasn’t really fired this season.

However, the Englishman at the top of the Royals line-up has been firing on all cylinders. Jos Buttler is, in fact, the main reason behind Royals’ success thus far this season.

With 588 runs, 137 more than his nearest rival, the orange cap sits firmly on his head. But Royals need big innings from others as well, including skipper Sanju Samson.

The orange cap is also with Royals at the moment. But Yuzvendra Chahal needs to get his rhythm back: he has just two wickets in his last four matches. There is more to the Royals attack though, in the shape of Prasidh Krishna, Trent Boult and R. Ashwin.