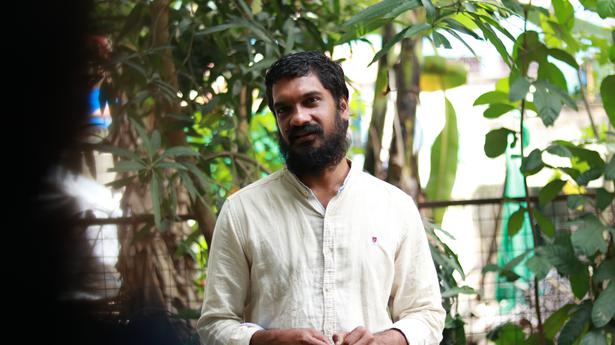 Filmmaker Sanal Kumar Sasidharan, who was arrested by the Kochi police on a charge of stalking a popular Malayalam actor, was released on bail by the Aluva First Class Judicial Magistrate Court on Friday.

The police had registered a case against him under Section 354(D) on a petition by the actor alleging unsolicited advances personally and through social media since August 2019. She had acted in and produced a movie by Mr. Sasidharan that was released last year.

Section 354(D) pertains to any man who follows a woman and contacts, or attempts to contact, such woman to foster personal interaction repeatedly despite a clear indication of disinterest by such woman.

Emerging from the court, Mr. Sasidharan denied having harassed or stalked the actor. He said that he had not contacted the actor recently, and that the email communication was also about the film they worked on. He alluded to having acted in good faith for the wellbeing of the actor, adding that he wondered why she complained.

Though he could have secured station bail, he insisted on being produced before the court and the police complied. He alleged that the police did not return his mobile phone, but Elamakkara police sources said that custody of possessions such as phones is a routine process. It was deposited with the court and the accused can secure it through his lawyer, said sources.

While Mr. Sasidharan caused a stir while being picked up from Parassala on Thursday morning, he was cooperative in court, much to the relief of the police.

On Thursday, he had gone live on Facebook, questioning the credentials of the policemen who turned up in plain clothes to take him into custody. The film director told those watching that he feared for his life.

Mr. Sasidharan was brought to Elamakkara station around 9.30 p.m. on Thursday and his arrest was recorded subsequently. The police said that they have not received any fresh complaints against him.

Mr. Sasidharan had last month made a Facebook post expressing fear that the actor’s life was in danger and that she was being controlled by her aides based on what he claimed to be the experiences during the making of the film. He also admitted to have expressed his feelings for her and that an Instagram post he had made on his ‘admiration’ for her was removed at her request.

He published similar posts in December 2021. In the first post dated December 15, 2021, he lamented that despite working together, he could not express his admiration for her privately and that ‘Kayattam’ would be “remembered in the name of my admiration and love for her”.

Days later, he wrote on social media about receiving a call from a circle inspector in Ernakulam about stalking the actor over social media, based on her complaint, and that he was given a warning. He then went on to allege that the actor was in a “cage” of her aides, based on his observations while meeting her in Kottayam a few days before at the inauguration of a hotel.

Mr. Sasidharan has been making incoherent remarks about being under threat and recently took to social media to say he had written to the President of India and the Chief Justice of India over what he claimed was a breakdown of law and order in Kerala.