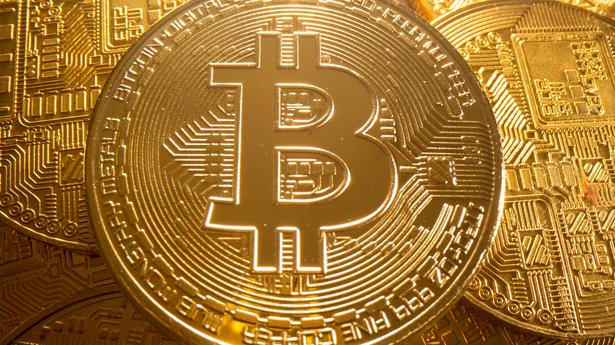 Cryptocurrencies, built on blockchain technology, have exploded in popularity in recent years. They are slowly becoming darlings of the developed world after testing waters in lower-income countries.

Last year, El Salvador became the first country to make Bitcoin as legal tender. Six months in, there are signs that the Central American country’s crypto dream is not shining as much. According to some estimates, adoption of digital assets remains patchy.

El Salvador’s experience has not deterred some high-income countries from testing the virtual currency, and its related innovations.

California, which would have the world’s fifth-largest economy if it was a country, has become the first U.S. state to formally begin exploring how to adapt to cryptocurrency and its related technologies.

The state plans to experiment cryptocurrency in line with President Joe Biden’s regulations that came out in March. Biden’s executive order in part asks the Federal Reserve to consider whether it should create its own digital currency.

California Governor Gavin Newsom signed an executive order on Wednesday for state agencies to move in tandem with the federal government to craft regulations for digital currencies.

The order calls for officials to examine blockchain computer coding for government operations of the state where much of the world’s technological innovation is born.

Newsom’s order notes that the state should be out front in figuring out how to adapt to new technologies. The home of Silicon Valley and financial innovators like PayPal and Square has always led the way in emerging technologies.

“Too often government lags behind technological advancements, so we’re getting ahead of the curve on this, laying the foundation to allow for consumers and business to thrive,” Newsom, a Democrat, said in a statement.

California has about 39 million residents and its economy is more than $3.1 trillion, larger on its own as a U.S. state than the United Kingdom and India.

About 16% of U.S. adults have invested in, traded, or used cryptocurrencies and the percentage is much higher among younger men.

Newsom’s order directs a separate agency to solicit proposals for how best to use blockchain to help the state and the public.

Blockchain creates a decentralized but publicly viewable ledger, and the tech can also be used to record various types of information in the form smart contracts. These records are held on many computers that together form a global network so that no one and no institution can control them.

While California may be first to try to develop a comprehensive approach, Ohio was the first to attempt to accept virtual currency for government services in 2018, though the program was soon discontinued because few people used it.

Outside the U.S., in France, Binance Holdings, the world’s largest cryptocurrency exchange by trading volume, has secured regulatory approval to operate in the country. The move could significantly boost its operational plans in the bloc.

The exchange has obtained a digital-asset service provider registration, according to the Paris-based markets authority AMF’s website.

Bank of France Governor Francois Villeroy de Galhau had previously endorsed Binance’s interest in setting up a base in Paris. The firm’s co-founder and CEO Changpeng “CZ” Zhao lauded the country as one of the “pro-crypto” jurisdictions.

The approval in France and the adoption in California are signs that some important strategic markets are looking embrace digital assets and their related innovations.

These developments are happening against the backdrop of a crypto clamp down in China and Singapore. The City-state has enforced strict rules on cryptos citing risks to retail investors as well as concerns that digital assets might be used for money laundering and terrorist financing.

Cache is a column on the happenings in the world of tech and corporations. To receive it in your inbox, click here to subscribe.

The Hindu30 mins ago
News