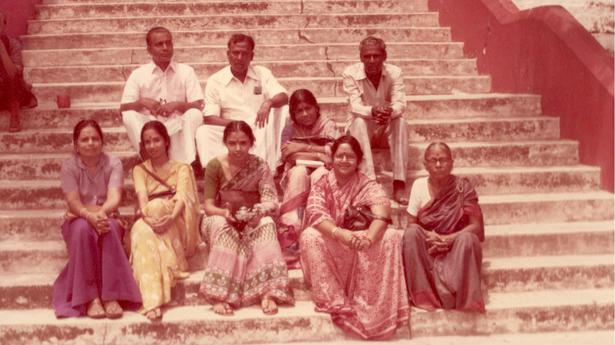 One of my most vivid memories of Indra Rajam is of her feisty spirit and her vibrant nattuvangam at the Vienna International Festival, where I performed in 1982. The venue was a magnificent, historic — and consequently, unheated — church. The marble altar floor on which I was dancing and on which the musicians were seated, despite a carpet, was teeth-rattlingly cold. But Indramma, inspired by the rapturous audience and seemingly impervious to the fact that we were chilled to the bone, provided spirited, joyous nattuvangam. This commitment and enthusiasm, even in the face of odds, characterised her work over the five years or so, during which she did nattuvangam for me while I toured the country and abroad.

I first met Indra Rajan in 1981. My guru, Pandanallur Subbaraya Pillai, after a particularly long and exhausting tour of Italy had suggested to my mother that given my increasingly busy schedule, it would be wise to find someone younger, who could learn my repertoire and travel with me.

Indra Rajan, even then, had a formidable reputation for her grasp of rhythmic intricacies and the power and clarity with which she rendered the solkattu. My mother and I had also heard she could be somewhat difficult to deal with. But it was a pleasure working with her. She was a perfectionist, totally committed to giving her best. She had a naughty sense of humour and I have warm memories of Indramma’s husky voice and ringing laugh as she savoured some anecdotes recounted by my mother.

In these days of strictly rationed rehearsal time with musicians, I look back with nostalgia at an artiste like Indra Rajan, who despite her vast experience, was keen on umpteen practice sessions and long hours of rehearsal.

During these sessions, she never spared herself. If she had even the least doubt about any rhythmic sequence I had choreographed, she would immediately request me, “Could you please repeat that segment? I need to perfect it.” This refusal to take the dance for granted, her insistence on internalising the teermanams and on honing her own performance were truly admirable.

Her palpable joy in rhythm and music found expression in what became her hallmark style of nattuvangam — expressive, cadenced and dynamic. When she wielded the cymbals in a performance, one could be fully confident that the laya would be measured and unswerving, without the least acceleration of tempo.

Indra Rajan’s striking recital of the solkattus still rings in my ears. She belonged to a unique generation of traditional artistes that is sadly passing and the dance world is poorer without her. I will miss her — this passionate artiste and strong, independent woman, who had the courage to live life on her terms.

The writer is a well-known Bharatanatyam dancer.