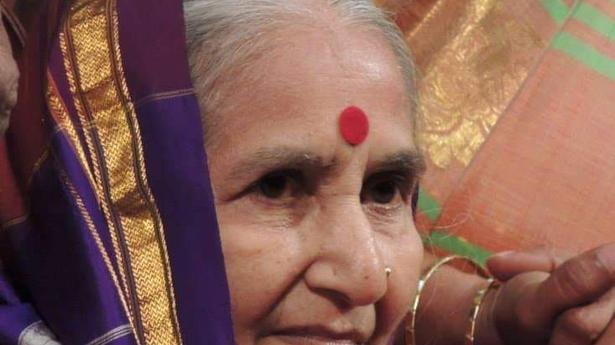 
Veteran theatre artist and singer Yenagi Lakshmibai died in Dharwad on May 4. The 96-year-old artist is the wife of Yenagi Balappa. Their son, Nataraj Yenagi, was an award-winning actor.

Yenagi Balappa died in 2017, and Nataraj had predeceased his parents by several years.

Lakshmibai joined Kala Vaibhava Natya Sangha, a drama troupe, several decades ago. She had acted in several professional plays and essayed the roles of mythological and historical characters. She won accolades for her portrayal of Kittur Channamma, Hemareddy Mallamma, and leading roles in Kurukshetra, Chale Jao, Pathan Pasha and other plays. She also performed in amateur theatre group ‘Myala’ based in Dharwad. She was known for her beauty and melodious voice.

She had acted in the Kannada movie Singarevva.

Her final rites would be carried out in Dharwad.