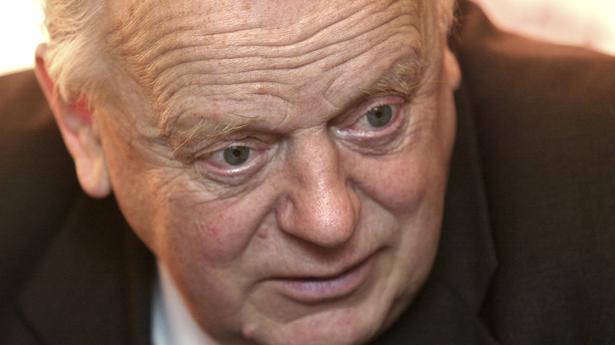 Shushkevich was a harsh critic of Belarusian President Alexander Lukashenko, who succeeded him as the new nation’s leader in 1994

Shushkevich was a harsh critic of Belarusian President Alexander Lukashenko, who succeeded him as the new nation’s leader in 1994

Stanislav Shushkevich, who steered Belarus to independence during the breakup of the Soviet Union and served as its first leader, has died. He was 87.

Shushkevich died early Wednesday, according to his wife, Irina. Last month, he was hospitalized for a few days after contracting COVID-19.

Shushkevich was a harsh critic of Belarusian President Alexander Lukashenko, who succeeded him as the new nation’s leader in 1994. Mr Lukashenko, has ruled the country with an iron fist ever since, relentlessly crushing dissent.

When Russia invaded Ukraine on Feb. 24, Shushkevich strongly criticized Mr Lukashenko for allowing Moscow to use Belarus as a staging ground for amassing troops and launching the war.

Shushkevich, a university professor, became a lawmaker in Belarus during Soviet leader Mikhail Gorbachev’s political reforms. Following a botched hardline coup in August 1991, he was elected to lead the then-republic as the speaker of the Belarusian legislature.

On Dec. 8, 1991, Shushkevich hosted the leaders of Russia and Ukraine at a secluded hunting lodge near Poland to sign an agreement that declared the Soviet Union defunct and formed a new alliance of the USSR’s three Slavic republics called the Commonwealth of Independent States.

Two weeks later, eight other Soviet republics joined the alliance, effectively terminating the authority of Gorbachev, who stepped down on Dec. 25, 1991.

Shushkevich, the head of the republic of Byelorussia, as Belarus was called at the time, spoke about the signing of the agreement with pride in an interview last year with The Associated Press.

He called the accord he signed with Boris Yeltsin of Russia and Leonid Kravchuk of Ukraine a “diplomatic masterpiece.”

“A great empire, a nuclear superpower, split into independent countries that could cooperate with each other as closely as they wanted, and not a single drop of blood was shed,” Shushkevich told the AP..

“We decided to shut the prison of nations,” he said. “There was nothing to feel contrition for.”

In the AP interview, Shushkevich argued that he and the other leaders saw no point in Gorbachev’s efforts to keep the remaining 12 Soviet republics together.

The Baltic republics of Latvia, Lithuania and Estonia already had seceded and the failed August coup against Gorbachev by hard-line Communist Party members had eroded his authority and encouraged other republics to seek independence.

“All versions of the union treaty boiled down to the restoration of the old ways or to Gorbachev’s proposal of a new structure where he still would be the boss,” Shushkevich said.

As Belarus’ first post-Soviet leader, Shushkevich faced daunting challenges amid an economic meltdown and political turmoil that followed the breakup of the USSR.

Shushkevich’s popularity waned, and when the country had its first presidential election in 1994, populist Mr Lukashenko won by a landslide after promising to shore up the crumbling economy, combat corruption and restore Soviet-era social benefits.

Lithuanian Prime Minister Ingrida Simonyte tweeted about the news of Shushkevich’s death that “his signature on the declaration dissolving the Soviet Union will live in history, his memory – in our hearts.”

The Hindu Business Line30 mins ago
3