Salman Khan Fans Scream For Their Beloved ‘Bhaijaan’ as Actor Greets Them on Eid; Watch Video 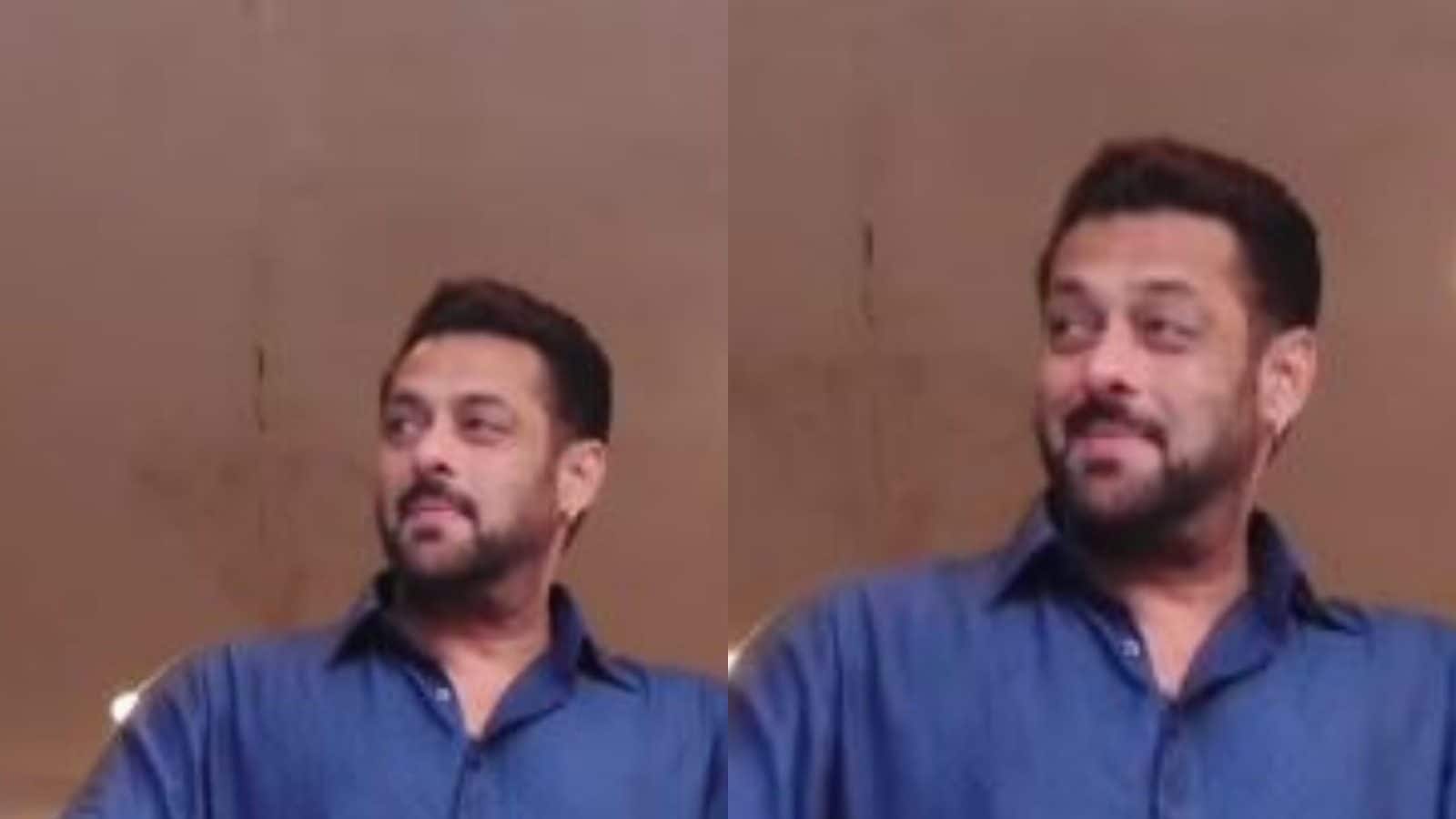 
Salman Khan fans once again landed outside his house in Mumbai’s Bandra for a glimpse of the actor. Over the years, Salman Khan had made it a tradition to step out on his balcony on Eid and wave to his fans. He has not been doing it for the last two years due to the pandemic. In the pics captured by paparazzi, we see the megastar turning up to his fans on the balcony of his home, on the occasion after two years, due to the COVID-19 hiatus.

On Tuesday, despite no hints of an appearance by the actor himself, his fans thronged the Bajrangi Bhaijaan’s residence Galaxy apartment, regardless. Coronavirus cases in Mumbai are lower than what they have been over the last two Eids and there is no restriction on large gatherings either. In the glimpses, cameras captured the sea of fans waiting to catch a glimpse of the superstar in a tizzy. It has become a tradition of sorts that every year Salman Khan greets his loyal fans on Eid. Salman was seen dressed in a blue kurta as he waved at fans and even gave a thumb to the crowd waiting to see their favourite actor. It was in 2019, that Salman greeted his fans on the occasion of Eid.

Photos and videos from Galaxy Apartments show fans gathered in hundreds for a glimpse of the actor. Many carried placards professing their love for Salman.

According to a report published in the Times of India, Salman’s Eid party will be hosted by his sister Arpita Khan Sharma and Aayush Sharma at their residence this time and will be attended by several celebs from the industry. “The party is going to be just as star-studded as any year, but this time Salman has let Arpita and Aayush do the honours on his behalf,” a source was quoted saying to TOI. The report also claimed that invites are also being sent for the Eid bash and preparations for the same are going on on a large scale.

Meanwhile, talking about the work front, Salman Khan is currently making the news for Tiger 3 with Katrina Kaif and Emraan Hashmi. Salman and Katrina will be seen reprising their respective roles of Tiger and Zoya in the movie while Emraan will be seen as the lead antagonist. On the other hand, Salman will also be seen in Sajid Nadiadwala’s upcoming production Kabhi Eid Kabhi Diwali which will also star Shehnaaz Gill and Aayush Sharma in key roles.