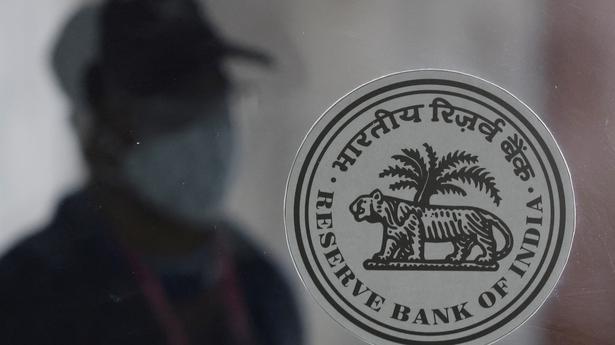 
The RBI’s surprise decision to raise the repo rate on Wednesday is a clear signal that it will embark on a series of rate increases in the coming months to counter inflation, said economists at banks.

“Today’s surprise move is perhaps instigated by the upcoming April inflation print, which could come in higher than expected – we currently estimate a print of 7.6%,” said Abheek Barua, chief economist, HDFC Bank. The sharper than expected rate increase by the RBI “paves the way for a more aggressive rate hike cycle than we earlier expected,” he added.

“The renewed focus on inflation (and rising inflationary risks) makes a case for a higher terminal policy rate in this rate cycle. We expect three more rate hikes in this fiscal by the RBI now with the repo rate likely to end the year at 5.15%,” Mr. Barua added.

Madan Sabnavis, chief economist at Bank of Baroda said while the increase in the repo rate would help to ‘quell the build-up of excess demand pressures and hence slow down the growth in inflation’, it would have little effect on the components that were being driven by global factors.

“The overarching focus on inflation is significant as it goes back to the normal mandate of the MPC which is to curb inflation as growth seems to be better placed today,” Mr. Sabnavis observed. “But not tackling inflation now, growth can be jeopardized. This will be the main message from the so-called interim policy,” he added.

“The large inter meeting hike from the RBI indicates that tackling inflation risks is now front and centre,” said Rahul Bajoria, chief India economist, Barclays. “We now expect RBI to raise policy rate by at least 50 bps in the June policy meeting, and see a near-term rate pause only around 5.15%,” he added.

“We see the RBI raising policy rates to 5.15% by August, and expect it will reassess macroeconomic momentum to gauge the need for further hikes beyond that,” he wrote in a note.

“We also believe RBI would look to reduce liquidity in a calibrated manner, and may deliver another CRR hike of 50 bps in the next MPC, but applicable only from a later date,” he further said.

“The front loaded action by RBI today to hike benchmark rates and CRR is a testimony of the flexibility, while remaining aware to changing realms of global upheavals will go a long way in supporting the markets,” said SBI Chairman Dinesh Khara.

And automobile retailers said the move was likely to significantly dampen auto sales.

“This move will curb excess liquidity in the system and will make auto loans expensive,” said FADA President Vinkesh Gulati. “While PV segment may be able to absorb this shock due to long waiting periods, two-wheeler segment which has been a non performer due to underperforming rural market, vehicle price hikes and high fuel costs, will not be able to take one more blow of high vehicle loan costs,” he added.

“Certainly, this move will apply certain amount of brakes on auto retail and dampen the sentiments further,” he asserted.