From Chris Gayle to Liam Livingstone: Batters Who Have Struck The Biggest Sixes in IPL History


Punjab Kings batter Liam Livingstone is living up to his reputation of six-hitting machines this IPL season and an example of it came during the franchise’s clash against Gujarat Titans on Tuesday night at the DY Patil Stadium. Livingstone batted for just 10 deliveries but in them, he ended up smoking three sixes and two fours to remain unbeaten on 30 as PBKS beat the table-toppers by eight wickets.

28 of Livingstone’s runs came in the single over, bowled by Mohammed Shami. And off the first delivery of that over, the Englishman smashed a monstrous six – 117-meter long – which is the biggest of the season now, surpassing the previous hit of 112 meters by Dewald Brevis of Mumbai Indians who achieved the same against PBKS when he clubbed four sixes in an over of Rahul Chahar.

The 28-year-old Livingstone has now hit three of the five biggest sixes of the season so far. Against Chennai Super Kings, he struck a 108-meter six – third biggest – and against Sunrisers Hyderabad 106-meter – the fifth biggest.

The biggest sixes in IPL history (from 2013 onwards)

Jos Buttler, who has struck three centuries so far this season and holds the Orange cap, has a 107-meter six to his name which his the fourth biggest of IPL 2022.

The record for the biggest six in the league’s history (from IPL 2013 onwards when the stats were first made available) belongs the Chris Gayle who launched the ball as long as 119 meters during when playing for Royal Challengers Bangalore against the now defunct Pune Warriors India in IPL 2013.

Australia allrounder Ben Cutting and Livingstone are now tied at the second place in this list having struck 117-metres each while fast rising Brevis is at the third spot.

Gayle also holds the record for hitting the most number of sixes in a single innings. He broke the Brendon McCullum’s record of 13 sixes by hitting 17 hits out of the park against PWI during his record-breaking innings of 175 not out. 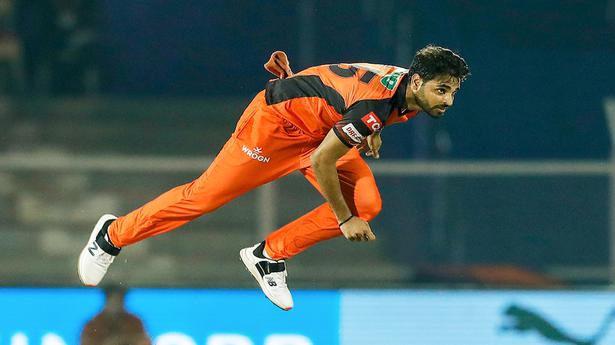 The Hindu Business Line44 seconds ago
2