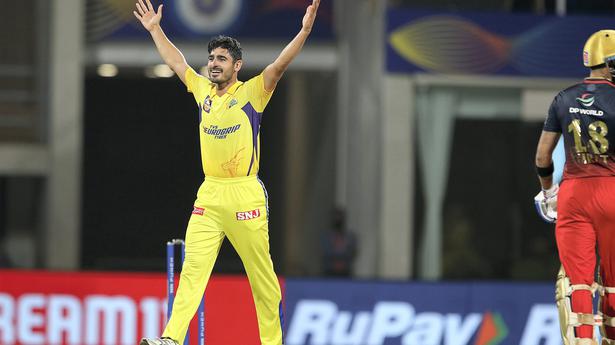 From being a Sunrisers Hyderabad net bowler to emerging as the key pacer for Chennai Super Kings, Mukesh Choudhary has had a fairytale ride over the last few months

From being a Sunrisers Hyderabad net bowler to emerging as the key pacer for Chennai Super Kings, Mukesh Choudhary has had a fairytale ride over the last few months

Ruturaj Gaikwad enthralling his home crowd was anticipated by a capacity crowd at the Maharashtra Cricket Association Stadium on Sunday. But the Maharashtra cricket connoisseurs were also looking forward to another intra-Maharashtra mini-battle later on during Chennai Super Kings’ face-off versus Sunrisers Hyderabad.

They had to wait till the sixth over into the chase. And the all-Pune one-on-one lasted a solitary ball. Rahul Tripathi, arguably the most successful IPL cricketer from Pune so far, marked his guard, Mukesh Choudhary bowled a perfect short ball that shaped in, Tripathi attempted an upper-cut straight into the palms of Simrajeet Singh at short-third.

Choudhary heaved an ecstatic scream while Tripathi continued to shake his head en route his long way back to the change room, even stomping his fist onto the bat while crossing the rope in agony.

Despite being at the receiving end in the personal battle and the match, Tripathi was one of the first Sunrisers to give Choudhary a warm hug after the game for his four-wicket haul. After all, the Maharashtra batter has been one of the staunchest supporters of Choudhary ever since he faced him in the nets for the first time at the 22 Yards Cricket Academy in 2015.

He may not be as fast as Umran Malik or Kuldeep Sen, but Choudhary has definitely been one of the most feel-good stories of the Indian Premier League’s 2022 edition. From being a Sunrisers Hyderabad net bowler to repeating the same during IPL 2021’s UAE with Chennai Super Kings to emerging as the key pacer for the yellow brigade, Choudhary has had a fairytale ride over the last few months.

But it hasn’t been as smooth sailing for the left-arm pacer who has grabbed the attention of the cricket world after traversing through various corners of the country.

He was born in Bhilwara district in Rajasthan and did his primary schooling at a residential school in Jaipur near his maternal grandparents’ home. His parents – father Gopal, who is into stone-crushing business and mother Prembai – had moved from Rajasthan to Darwha in the 1980s. Darwha is a small town almost an hour’s drive from Yavatmal, a district headquarter in Maharashtra’s Vidarbha region.

Father Gopal, who watched Mukesh in action from the stadium for the first time on Sunday, says Mukesh has hardly lived with his parents. “We wanted both our sons to study, so first they were at a hostel in Jaipur and then when Mukesh was in the eighth standard, we shifted both him and his brother to a residential hostel in Pune.”

Little did Gopal know that more than excelling in academics, Mukesh will end up scaling new heights on a cricket field. But his foray into competitive cricket was also by chance.

Rajesh Mahurkar, head coach at 22 Yards Cricket Academy in Bavdhan, which has former Maharashtra captain-coach Surendra Bhave as a mentor, remembers that a local cricketer brought Mukesh along to their academy after facing him at the ILS Law College ground. 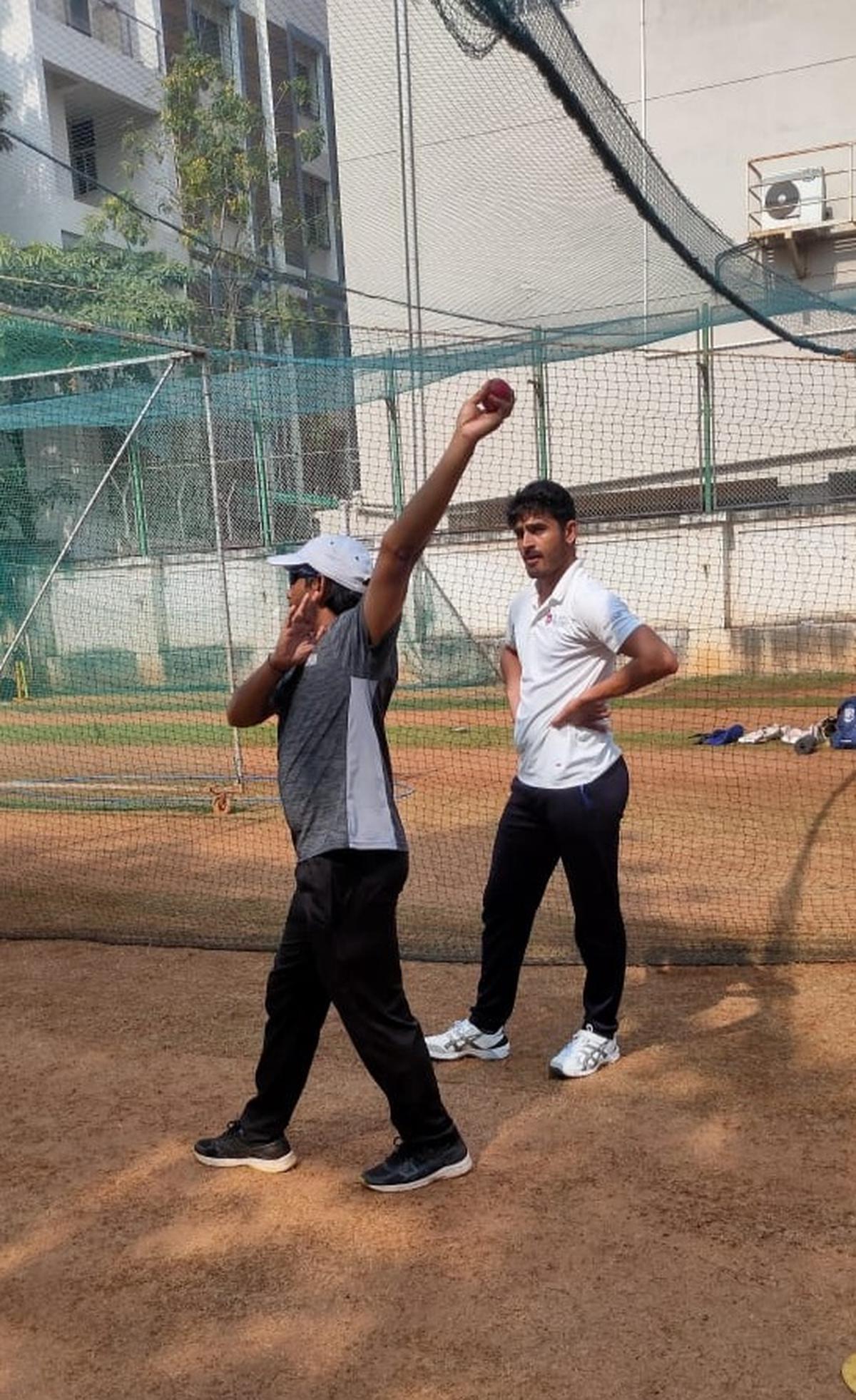 “This was around 2015 that he first came to our academy. He didn’t have much pace, but there was something we could work with. Along with him, there were two other left-arm pacers. We spoke to all three of them and told them, ‘there is talent, and we could work with it if they’re serious. That is how he started,” Mahurkar remembers.

“Slowly we worked on his action, pace, and got him up to speed with his fitness. What stood out was rain or shine, he was very punctual. He wouldn’t miss training. As we got him in shape to become a competent bowler, we had our next challenge. How do we get him to play more matches?”

Bhave, who remembers Mukesh’s first impression as “someone who could end up being a six-foot wiry bowler who had the basic physique required for a fast bowler”, then swung into action and made a few calls to his local friends.

The likes of Tripathi and Satyajit Satbhai, the former Maharashtra wicketkeeper-batter who is now a BCCI match referee, stepped in and ensured that Choudhary was roped in by Deccan Gymkhana, one of the most prestigious clubs on the local circuit.

“Talent aside, he is so silent, hardworking, and disciplined that everyone tends to try, and help him out by going out of the way,” Satbhai says.

As a result, a little over two years after joining 22 Yards, Mukesh made his First-Class debut in November 2017, under the captaincy of Ankeet Bawane. In between, he enhanced his skills and gained a reputation with consistent performances and exposure in various tournaments.

Be it the Maharashtra Cricket Association’s Invitation League, the selection tournament for the State teams, the Red Bull Campus Cricket for his college team Marathwada Mitramandal Commerce College with Ruturaj Gaikwad as his teammate or random corporate tournaments in and around Maharashtra, Choudhary continued to strive harder. 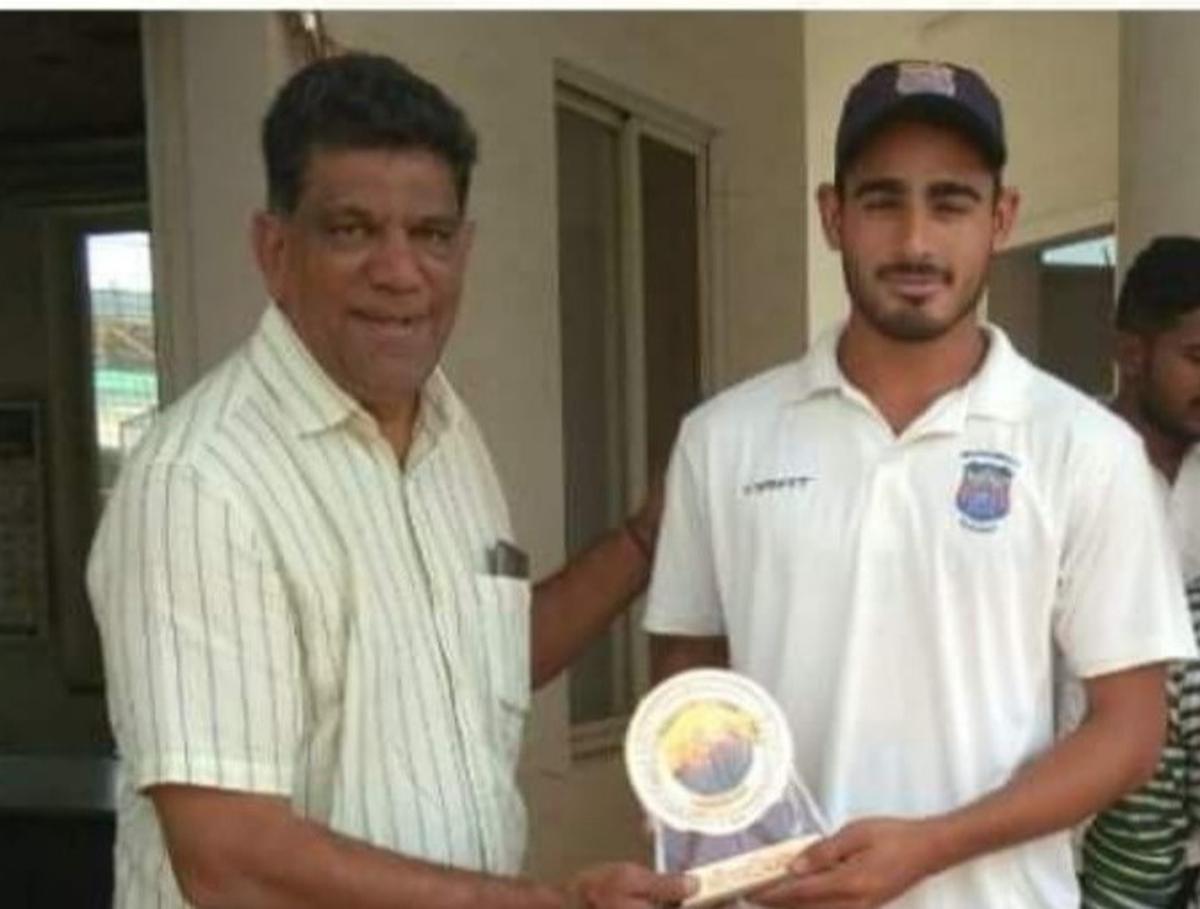 “One of his friends, who happened to know Pravin Tambe, helped find a corporate team he could play for,” Mahurkar says. “In one of the matches, he picked up a five-wicket haul and suddenly came into the limelight.”

And then came the call-up from the MRF Pace Academy in Chennai, which proved to be a game-changer. Under the watchful eyes of legendary Glenn McGrath, Choudhary blossomed into a pacer that was ready to succeed against the odds.

Bawane, who has been reinstated as Maharashtra captain with Choudhary as the pace-bowling spearhead of a young attack, gives an insight into the pacer’s development.

“He’s at that stage where he isn’t insecure anymore,” Bawane says. “He knows he is a regular. He is a bowler who a captain can throw the ball to at any stage without thinking about whether he’s ready or not.”

Bawane cites Maharashtra’s Ranji Trophy game versus Odisha in 2019-20 as an example. “We needed to win outright. But there was just one session left and we needed to pick six wickets or something and then chase down a small total,” he recalls.

“Mukesh bowled 10-12 overs on the trot, prised out four wickets and we won the game. That attitude comes from within, the willingness to wheel away even on the most placid pitches. He has that. It’s no surprise CSK has backed him despite some tough games, where he has been hit for runs. He is a quick learner and can remain persistent.”

It’s not just his ability to stick to the plan handed by the captain that’s helped Choudhary gain the team management’s confidence. He has been persistent in breaking the IPL barrier – from being a net bowler to a regular in a team.

“Over the past year or so, he’s been working hard to improve his pace. So, he has identified what he needs to do to get there. He has tremendously improved his fitness and diet. That way he is very systematic,” Mahurkar says.

“Just after the last IPL, he said M.S. Dhoni has liked his bowling and has been encouraging him a lot, and possibly CSK could give him a call-up. It’s no surprise they actually bid for him and picked him up at the auction.”