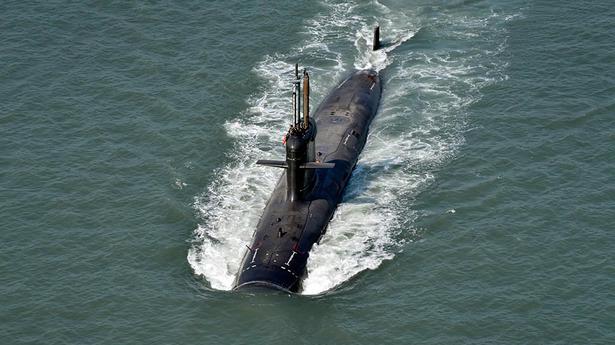 
French company Naval Group on Tuesday said it is unable to participate in India’s P-75I project, under which six conventional submarines are to be domestically built for the Indian Navy, due to conditions mentioned in the request for proposal (RFP) related to air independent propulsion (AIP) system.

The two Indian companies [called strategic partners] have to tie up with one of the five shortlisted foreign companies – ThyssenKrupp Marine Systems (Germany), Navantia (Spain) and Naval Group (France), Daewoo (South Korea) and Rosoboronexport (Russia) – and then respond to the RFP, according to the Defence Ministry.

The ₹43,000 crore-contract will be awarded by the Defence Ministry following a detailed evaluation of the responses sent by the two strategic partners.

In a statement on Tuesday, Laurent Videau, Country and Managing Director, Naval Group India, said, “Due to certain conditions in the RFP, the two strategic partners could not forward the request to us and few other FOEMs (foreign original equipment manufacturers) and thus we have not been able to place an official bid for the project.”

Naval Group has always been ready to offer the best in class and adapted solution for Indian Navy’s P-75I project, being fully in line with Aatma Nirbhar Bharat principle, he said.

“However, the present RFP requires that the fuel cell AIP (air independent propulsion) be sea proven, which is not the case for us yet since the French Navy does not use such propulsion system,” he said.

“Our focus and efforts are towards continuation of our collaboration with Indian industry in realising the vision of Government of India by supporting Indian Navy for other future developments and projects (maintenance, high tech tools, indigenous AIP, incremental improvements in Scorpene designed submarine, heavy weight torpedoes, larger ships etc.),” he said.

India is one of the largest importers of arms globally.

The Centre wants to reduce dependence on imported military platforms and has been boosting the domestic defence manufacturing.

The Hindu16 mins ago
News