HometechnologyXiaomi 12 Pro Review: What You Should Know Before Spending Rs 62,999 On This Smartphone
technology

Xiaomi 12 Pro Review: What You Should Know Before Spending Rs 62,999 On This Smartphone 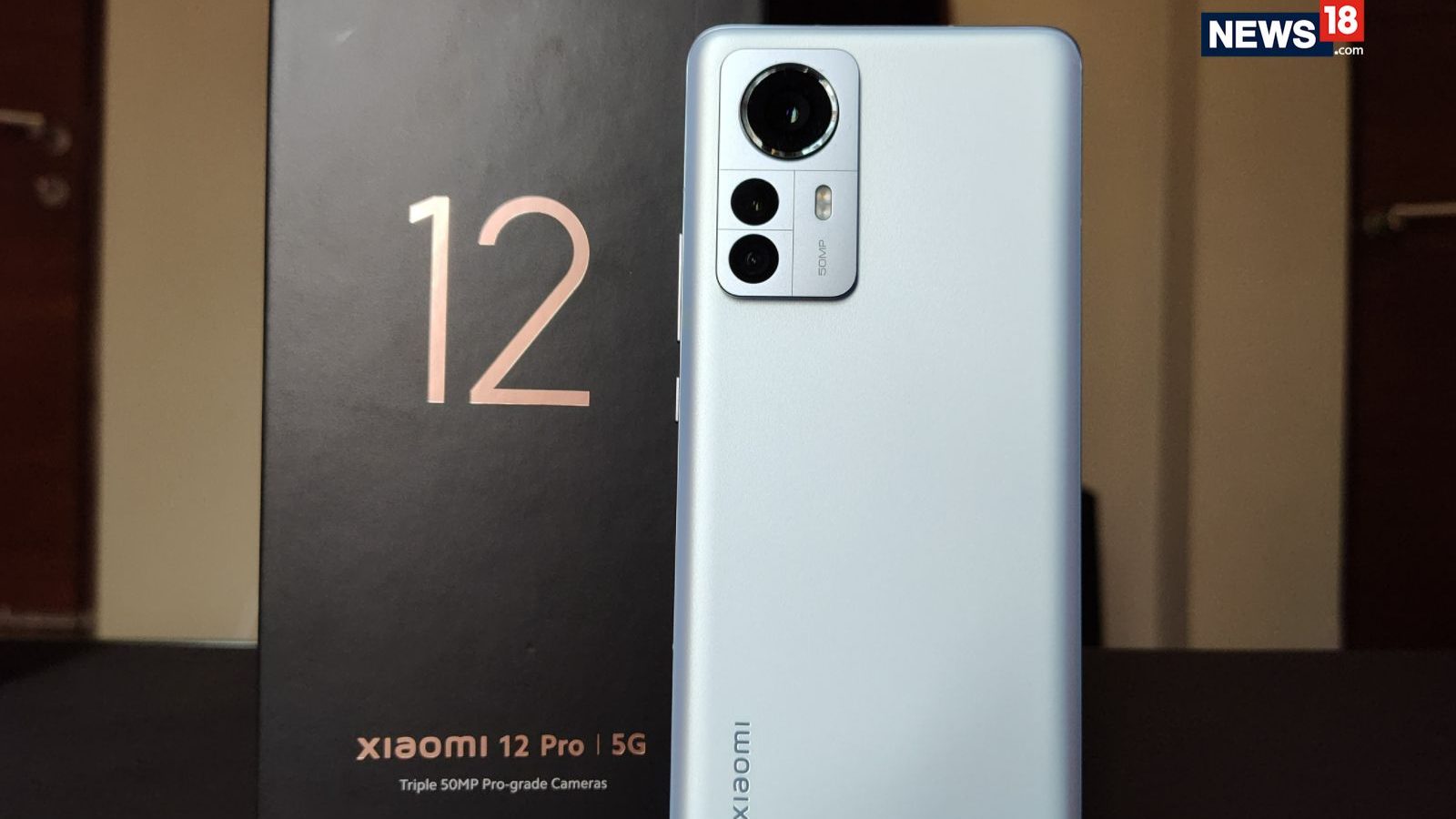 
The Xiaomi 12 Pro is Xiaomi’s most premium smartphone of early 2022, and it sits with some notable Android competitors like Motorola Edge 30 Pro, OnePlus 10 Pro 5G, and Samsung Galaxy S22 series. Although the smartphone does not look as muscular as the Xiaomi 11 Ultra 5G from last year (currently discontinued in India), it still remains praise-worthy for offering 120W ultra-fast charging, three 50-megapixel rear cameras, and a relatively more powerful chipset from Qualcomm (Snapdragon 8 Gen 1). If we look at these three areas that Xiaomi is flaunting, the Xiaomi 12 Pro shines bright – in some cases, brighter than its Android rivals. However, the phone is not perfect and here’s what you need to know about this Rs 62,999 (8GB RAM and 256GB storage) device.

Design: The Xiaomi 12 Pro 5G is easily one of its most attractive looking smartphones, and the colour palette of the three variants is distinct. The Couture Blue, Noir Black, and Opera Mauve options have a gradient matte-finish, but the back is surprisingly smooth in your palms. Xiaomi is using a special coating that also repels fingerprint smudges from the back and even seemingly adds some layers of durability. At 8.16mm, it is not the thinnest smartphone in the market, but 74.6mm width makes it comfortable to hold, even while gaming.

Xiaomi is still offering a clear silicone case in the box that I feel needs an upgrade, especially at this price point. There’s no point comparing this with Apple or Samsung, as both brands don’t even provide protective cases in their packages; however, Xiaomi’s philosophy for the Indian market revolves around providing the best at the most unusual pricing. In this case, iQoo does a good job at offering a stylish BMW-pattern inspired case with the Snapdragon 8 Gen 1-powered iQoo 9 Pro 5G.

I was also very happy to receive the Couture Blue variant from Xiaomi for this review, as I expect most customers would go for the usual Black shade. The light blue shade with a velvety finish is the best I’ve held so far, much better than the no-frills Motorola Edge 30 Pro and flamboyant iQoo 9 Pro with BMW red-blue stripes. Lastly, the top and bottom spines have two speaker grills for the quad-speaker system on the phone. The phone also supports dual-SIM cards.

Display: If we look at the spec sheet, the Xiaomi 12 Pro comes with a long list of things to promise the best display performance. We get a large 6.73-inch E5 AMOLED display, which offers a 20:9 aspect ratio, 2K resolution (3200×1440 pixels) 522 PPI, 120Hz refresh, HDR10+ support, and Dolby Vision. The E5 AMOLED panel seemingly improves the overall display brightness by 11 percent and reduces power consumption by 16 percent compared to its predecessor. Now, it is difficult to verify these claims without proper equipment, but regular customers can be assured that the smartphone offers one of the sharpest display performances in the market. The screen offers more brightness than rivals like Motorola Edge 30 Pro, and the viewing quality, thanks to Dolby Vision, makes the experience worthwhile. The Xiaomi 12 Pro also comes with LTPO 2.0 display tech that adjusts the refresh rate automatically to preserve the battery. Watching megahits from Marvel on Disney+ Hotstar was fantastic with HDR10+ support and high contrast support. Watching content on Netflix can equally be immersive, but that depends on your plan. The curved display on the Xiaomi 12 Pro can lead to accidental touches. (Image: Abhik Sengupta / News18)

There’s also an under-display fingerprint sensor that mostly remains responsive; however there’s always the limitation of unlocking the phone with sweaty fingers.

Performance: The Xiaomi 12 Pro comes with the Snapdragon 8 Gen 1 SoC that already features in a bunch of flagships. Now, Qualcomm’s new chipset is infamous for throttling, and that’s the case here too. When it comes to performing daily tasks like reading, texting, and browsing through social media apps, the Xiaomi 12 Pro will run smoothly without showing visible signs of heating. However, the phone does heat up under pressure (120W charging or 8K recording) and during heavy gaming. Plus, if you’re in India right now, the severe heatwave already raises the temperature of your device when outdoors.

In terms of benchmarks, the Snapdragon 8 Gen 1-powered Xiaomi 12 Pro attained 1,210 and 3,546 points in Geekbench’s single-core and multi-core CPU tests. It performed much better than the Galaxy S22+ and Motorola Edge 30 Pro in the same test, likely because of the higher 12GB of RAM capacity. Similarly, its GPU performance was better than rivals at 9,755 points on 3D Mark’s minute-long Wild Life test. However, the Xiaomi 12 Pro throttled to 57 percent of its Max performance, while the Galaxy S22+ and Edge 30 Pro throttled to 71 percent and 72 percent, respectively.

If we keep the numbers aside, the Xiaomi 12 Pro is indeed a performer, though the phone will heat as the throttle test shows. Thankfully, the phone’s intelligent battery AI helps in power consumption, and you will get a full-day charge easily. I tested heavy titles like Call of Duty and Into the Dead, and both titles ran smoothly with negligible stutters.

Cameras: Xiaomi is heavily banking on Xiaomi 12 Pro’s 50-megapixel triple rear cameras – for all the right reasons. Each sensor takes stunning photos – be it in light or dark conditions – and the camera AI can detect the right subject with almost accurate colours. The rear camera setup includes a 50-megapixel wide camera with OIS, a 50-megapixel telephoto with f/1.9 aperture, and a 50-megapixel ultra-wide-angle camera with a 115-degree field of view. I was most impressed by the ultra-wide sensor as it is able to capture a good amount of details in one frame without compromising on the sharpness. As with most ultra-wide sensors, the colours are a bit faded, but it’s easily one of the best you’d see in a smartphone at this point. But of course, there’s a price you pay for capturing high-quality images when sensors are so advanced. The average photos taken on Xiaomi 12 Pro are roughly 5MB, almost the same as images captured on Galaxy S22+. However, Xiaomi’s thoughtful decision of offering a minimum 256GB of storage should not cause any space-related problems. 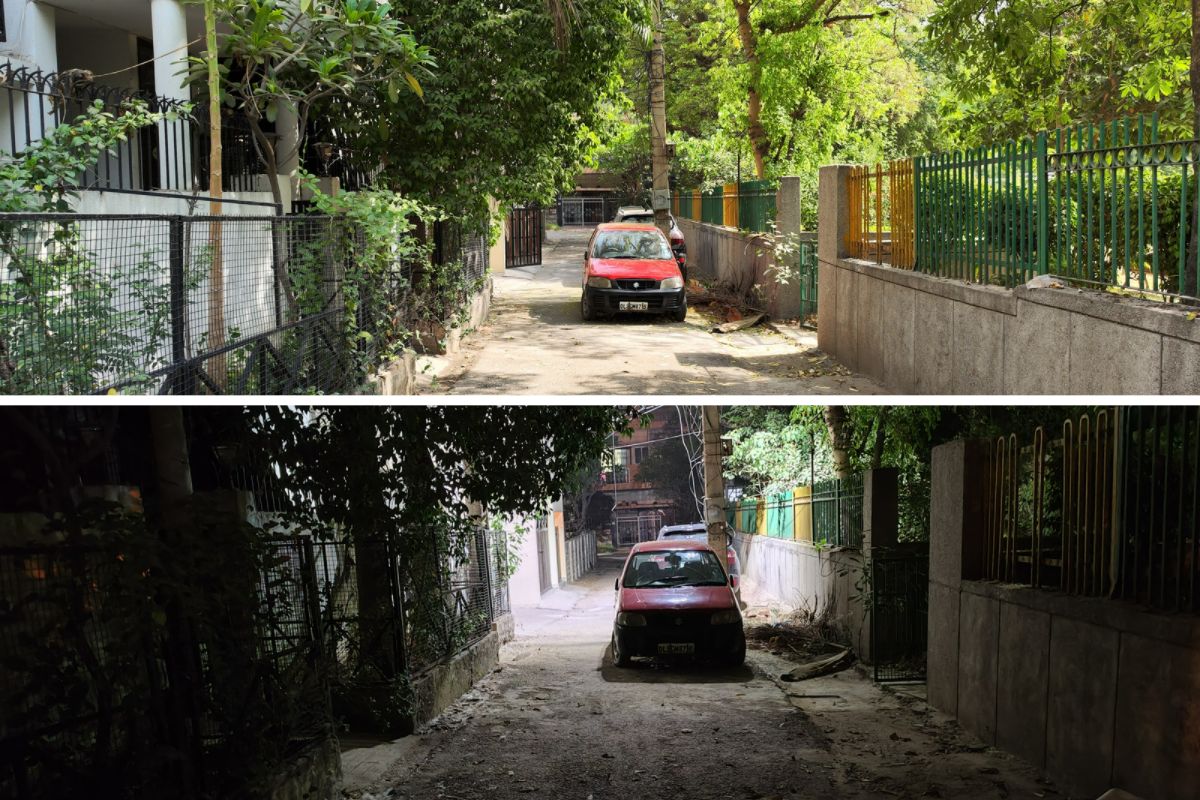 All three rear camera sensors can record 4K videos at 60fps, while the primary camera is able to record 8K videos. However, the OIS only functions in Full-HD resolution, so higher resolution videos will need some kind of external gimbal support. Videos are mostly sharp and with less noise – another achievement. Similarly videos at night also offer good details, but the Galaxy S22+ does a better job at eliminating camera glare that makes videos look much more pleasant and professional. Coming to the 32-megapixel front camera, details are sharp, but I noticed a strange milky effect when the lights are too bright. Overall the photos look nice, but the front camera is still inconsistent compared to the Galaxy S22+.Even the old-gen iPhone 12 offered better contrast, so the front camera on the Xiaomi 12 Pro is good, if not the best. Also, you can only record Full-HD videos with the selfie camera, which desperately needs to change in the Android ecosystem.

Battery: Xiaomi is already setting the benchmark for offering super-fast charging speeds. The Xiaomi 12 Pro can fully charge to 100 percent in roughly 22 minutes with 120W charging. Without boost charging, the phone attained full battery in roughly 30 minutes. The company is offering the 120W chunky charger in the box, while its rivals like Apple and Samsung are eliminating the adapter in the package. It also supports 50W wireless charging, which we couldn’t test. Customers can buy its Mi 30W wireless charger that costs Rs 2,299, which is Rs 700 cheaper than the 120W HyperCharger adapter.

Verdict: Xiaomi is comparatively new in the flagship phone category, but the company has started offering some serious rivals in the Android space. The Xiaomi 12 Pro truly looks and feels like a flagship, even if it appears less muscular than the Xiaomi 11 Ultra. The company is flaunting its rear camera system and for all the right reasons. Similarly, the addition of 120W fast charging definitely sets a trend, at least among its Chinese rivals offering phones in the similar range.

However, the Xiaomi 12 Pro is not perfect, and its Snapdragon 8 Gen 1 chipset throttles significantly, when compared to rivals like Galaxy S22+ and Motorola Edge 30 Pro that draw power from the same mobile chipset. We get little bloatware on the system (Mi apps excluded), but Android 12-based MIUI 13 definitely needs some refinements.

Overall, the phone will not disappoint users as it is easily able to carry out daily tasks without any stutters. And if your priority is cameras – the Xiaomi 12 Pro is one of the best you can get in the market at this point. The Xiaomi 12 Pro is also among very few flagships that come with 256GB of onboard storage and still cost under Rs 70,000 in India.