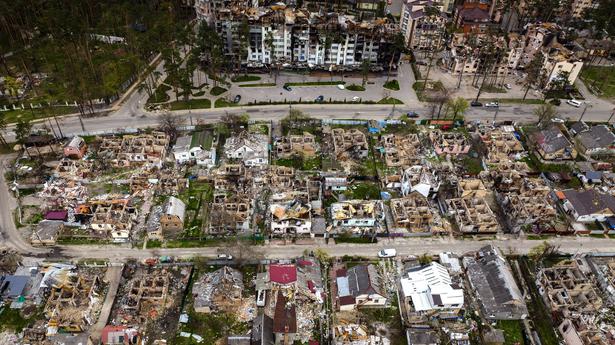 
Around 100 civilians evacuated from the ruined Azovstal steelworks in Mariupol were due to arrive in a Ukrainian-held city on Monday, Ukrainian President Volodymyr Zelensky said, after U.S. Speaker Nancy Pelosi made a surprise visit to Kyiv.

Russia’s military has turned its focus to Ukraine’s south and east after failing to capture Kyiv in the early weeks of a war that has flattened cities, killed thousands of civilians and forced more than 5 million to flee the country.

The EU will propose a phased-out ban on Russian oil imports as part of its fresh round of sanctions against Russia for its invasion of Ukraine, sources told Reuters.

Russia not seeking to end Ukraine war by May 9: Russian Foreign Minister

Russia is not looking to end its war in Ukraine by Victory Day on May 9, its foreign minister said, as the country looks set to mark the key anniversary under the cloud of a deadly conflict.

Speaking with Italian outlet Mediaset, Sergei Lavrov insisted Moscow would not rush to wrap up its so-called “special military operation” in time for the anniversary, which celebrates Nazi Germany’s surrender to allied forces—including the then Soviet Union—in 1945.

“Our military will not artificially adjust their actions to any date, including Victory Day,” Mr. Lavrov said in the interview released Sunday.

“The pace of the operation in Ukraine depends, first of all, on the need to minimise any risks for the civilian population and Russian military personnel,” he added.

Russia typically marks Victory Day in grand style, with a large military parade in central Moscow and a speech by President Vladimir Putin hailing the country’s leading role in the defeat of fascism in Europe.- AFP

Ukraine admits ‘Ghost of Kyiv’ fighter pilot is a myth

On social media, the “Ghost of Kyiv” was a military hero, an ace fighter pilot hailed for supposedly shooting down multiple Russian planes. The tales began just days into the war and circulated for months, bolstered by official Ukrainian accounts.

But on Saturday, Ukrainian authorities admitted that the legendary pilot was a myth.

“The Ghost of Kyiv is a super-hero legend whose character was created by Ukrainians!” Ukraine’s air force said in Ukrainian on Facebook.

The statement came after multiple media outlets published stories wrongly identifying Major Stepan Tarabalka as the man behind the moniker. Tarabalka was a real pilot who died on March 13 during air combat and was posthumously awarded the title Hero of Ukraine, Ukraine’s air force said last month.

But he was not the Ghost of Kyiv, the force said in Saturday’s statement.

“The information about the death of the The Ghost of #Kyiv is incorrect,” Ukraine’s air force wrote in a separate post Saturday on Twitter. “The #GhostOfKyiv is alive, it embodies the collective spirit of the highly qualified pilots of the Tactical Aviation Brigade who are successfully defending #Kyiv and the region.”

The legend emerged just a day after Russia invaded Ukraine on Feb. 24, as social media users began to spread claims, without evidence, of an anonymous fighter pilot who had single-handedly taken down multiple Russian planes.- AP

Sviastoslav Palamar, deputy commander of the Azov Regiment, which is helping defend the last section of Mariupol not occupied by the Russians, said he was glad evacuations had begun.

Palamar hoped the evacuations from the Azovstal steel mill continue until everyone in the plant, civilians and soldiers, had gotten out. It’s been difficult even to reach some of the wounded inside the plant, he told The Associated Press in an interview from Mariupol on Sunday.

“There’s rubble. We have no special equipment. It`s hard for soldiers to pick up slabs weighing tons only with their arms,” he said.

“There were no casualties or damage,” Gladkov wrote.- Reuters

An explosive device damaged a railway bridge Sunday in the Kursk region of Russia, which borders Ukraine, and a criminal investigation has been started. The region’s government reported the blast in a post on Telegram.

Recent weeks have seen a number of fires and explosions in Russian regions near the border, including Kursk. An ammunition depot in the Belgorod region burned after explosions were heard, and authorities in the Voronezh region said an air defense system shot down a drone. An oil storage facility in Bryansk was engulfed by fire a week ago.- AP

Four civilians were reported killed and 11 more were injured by Russian shelling in the Donetsk region on Sunday, the Ukrainian regional governor said that evening.

The deaths and seven of the injuries were in the northern city of Lyman, governor Pavlo Kyrylenko wrote in a Telegram post. One person also died in the city of Bakhmut from injuries received in the Luhansk region, he said.

In the same post, Kyrylenko said that it was impossible to determine the number of victims in the bombed-out port city of Mariupol and the town of Volnovakha, which is controlled by pro-Kremlin separatists.- AP

Russian forces resumed shelling of a steel plant in the war-torn city of Mariupol immediately after the partial evacuation of civilians, a Ukrainian military officer has said.

Ukrainian National Guard brigade commander Denys Shlega said on Sunday in a televised interview that at least one more round of evacuations is needed to clear civilians from the Azovstal steel mill and dozens of small children are inside bunkers below the industrial facilities.

Dozens of civilians have left a besieged steel plant in the Ukrainian city of Mariupol, Russia said on Sunday, as U.S. House Speaker Nancy Pelosi promised to support Ukraine against Russian “bullies” after visiting Kyiv.

Russia’s Defence Ministry said a total of 46 civilians had left in two groups on Saturday from the area around the Azovstal plant — the last holdout of Ukrainian forces in the city.

India calls for cessation of hostilities, resolution via dialogue ahead of PM Modi’s Europe visit

As Prime Minister Narendra Modi embarks on a tour of three European nations, India on May 1 once again called for the cessation of hostilities in Ukraine and resolution of the conflict through dialogue and diplomacy, noting that was an appreciation of its position on the crisis by its partner countries.

At a media briefing, newly appointed Foreign Secretary Vinay Mohan Kwatra underlined the “context, clarity, importance and positive dimension” of India’s position on Ukraine and asserted that there should not be any doubt about it.

U.S. House Speaker Nancy Pelosi has led a congressional delegation to Kyiv to meet with Ukraine’s president before heading to Poland for talks with officials there on Sunday.

Ms. Pelosi, a California Democrat who is second in line to the presidency after the Vice President, is the most senior American lawmaker to visit Ukraine since Russia’s war began more than two months ago. 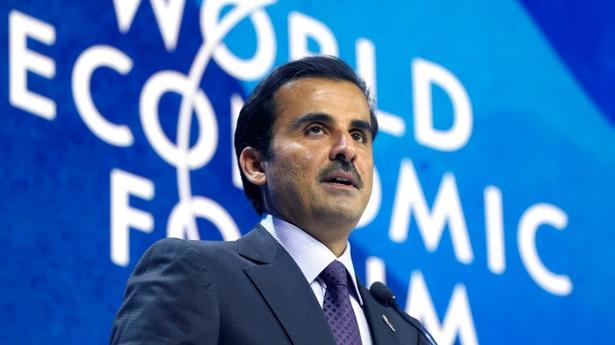