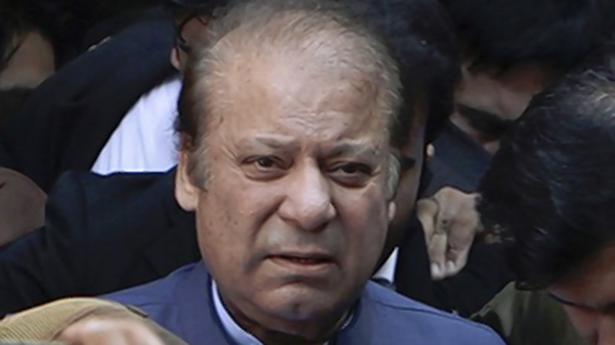 Pakistan’s new government is considering quashing or suspending former prime minister Nawaz Sharif’s conviction in corruption cases to offer him a chance to plead afresh before a court of law, according to a media report on Monday.

The 72-year-old three-time premier, against whom several corruption cases were launched by the government of former prime minister Imran Khan, had left for London in November 2019 after the Lahore High Court granted him four-week permission allowing him to go abroad for his treatment.

Dawn newspaper quoted Interior Minister Rana Sanaullah as saying that both the federal and Punjab’s provincial government had the powers to quash or suspend the punishment of an accused and offer him a chance to plead his case afresh before a court of law for being ‘wrongly’ sentenced earlier in the case.

He said that the provisions might be used to provide relief to the ruling Pakistan Muslim League-Nawaz (PML-N) supremo and others.

He, however, said that Sharif would decide his homecoming on the basis of his health.

Sharif was removed from power in 2017 after a decision by the Supreme Court against him. He was later convicted separately in two corruption cases in 2018.

Sharif was given a 10-year prison sentence for owning property in London called the Avenfield case, but was released two months later when the court suspended the sentences, pending a final judgement.

But in December 2018 he was jailed for corruption again, this time for seven years, related to his family’s ownership of steel mills in Saudi Arabia called the Al-Azizia Steel Mills case.

In both cases, he failed to provide the money trail to procure these foreign assets.

Sharif was in jail when allowed to go to London for four weeks for medical treatment but never came back.

She had given an undertaking to the Lahore High Court to return to Pakistan, citing his record to face the process of law and justice within four weeks or as soon as he is declared healthy and fit to travel by doctors.

He was also given bail in the Al-Azizia Mills corruption case in which he was serving seven-year imprisonment in Lahore’s high-security Kot Lakhpat jail.

Sharif challenged his convictions in the Islamabad High Court but the process of the hearing was stopped after he failed to appear in person despite repeated warnings by the court.

He can be arrested on return and put back in jail. That is why, after his PML-N came to power, efforts are being made to provide him a way out to come back without the fear of being put in jail, the newspaper said.

Late last month, the government led by his brother Shehbaz Sharif issued a new passport with 10-year-validity to the former premier to return to Pakistan.

His party has maintained that he was a victim of political vendetta by the powerful establishment. PTI SH NSA