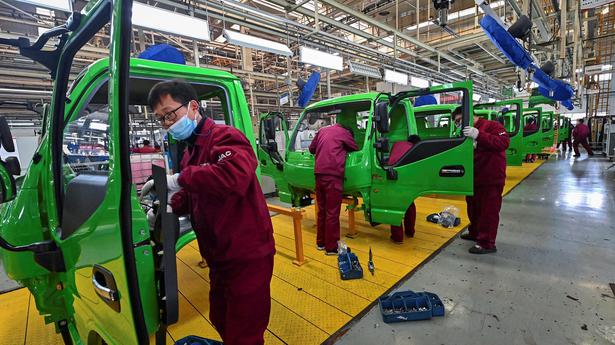 A long-time China investor’s declaration that the Chinese economy was “in the worst shape in the past 30 years” has underlined growing concerns over growth amid Beijing’s continued emphasis on harsh COVID-19 lockdowns.

Those fears have deepened following latest data, released over the weekend, showing a slowdown in manufacturing and services to a two-year low.

The ruling Communist Party’s Politburo met on Friday and pledged a slew of policies to support embattled sectors, from real estate to tech, which had already been reeling from regulatory interventions by the Xi Jinping government before the latest spread of Omicron cases and widening lockdowns.

The Politburo meeting, at the same time, said the country would follow the stringent “zero-COVID” approach favoured by President Xi.

That has left companies and investors unsure about how the government plans to meet what some analysts say are contradictory targets as it balances zero-COVID and growth.

Rare comments that emerged this past weekend from prominent investor Weijian Shan, chairman of Hong Kong private equity firm PAG and a major investor in China who has broadly been positive about the economy, portrayed a dire picture of the current situation in a private video with investors. This reflected the sentiment among many firms who are reluctant to publicly voice their concerns, according to observers in Hong Kong and Beijing.

The economy was “in the worst shape in the past 30 years,” he said in the private video, obtained by the Financial Times, adding that the market sentiment as well as public discontent were also in the worst state in three decades.

The more than month-long lockdown of Shanghai has had spillover effects likely to severely hurt growth in the second quarter. The economy grew 4.8% in Q1. Most economists say it is unlikely now that the government will meet its 5.5% annual growth target.

Data released this weekend showed activity in manufacturing and services sectors fell to a two-year low. The manufacturing purchasing managers’ index (PMI) shrank to 47.4 from 49.5 in March, the Hong Kong-based South China Morning Post reported, while the official non-manufacturing PMI contracted to 41.9 in April from 48.4 the previous month.

The spillover impact of Zero-COVID curbs has also hit the agriculture sector because strict measures “have hampered the movement of farmers and materials,” financial magazine Caixin reported last week.

While spring cultivation had begun, farmers in provinces with tight curbs such as Jilin, the second-largest province for corn production, said they were facing labour shortages and difficulties in securing seeds and fertilisers.

Movement of goods across provinces has also been severely impacted because provincial governments have been, on the one hand, tasked by Beijing to stamp out COVID-19, while, on the other, to keep transport channels open. Faced with the seemingly contradictory objectives, most local governments have so far prioritised maintaining zero-COVID over growth.

Many farmers have also been unable to work because of being put in lockdown. One farmer told Caixin he was unable to return home last month for spring planting as he was not given a travel permit because of COVID-19 curbs.