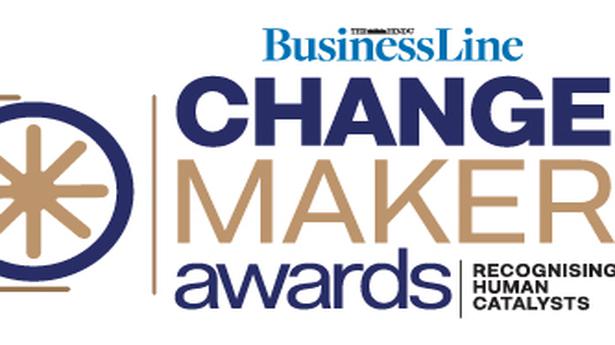 Changemakers are a rare breed. Most among us prefer status quo while some seek change without wanting to contribute for it. All they do is constantly complain about the present conditions. Only a few actually do something to bring about the change. And these are the people who need to be supported and celebrated.

As The Hindu BusinessLine stepped into its 25th year of publishing in 2018, it decided to commemorate this important milestone by felicitating people who made our world a better place to live in through their pathbreaking efforts. Thus, was born The BusinessLine Changemaker awards. Three editions of the awards have been held since then. The 2021 edition could not be held due to the pandemic.

Lots of interesting nominations have been received so far. Those who would like to nominate themselves or someone who they knew have contributed to make lives better can do so by accessing www.blchangemakers.com. The last date for the nomination is May 15.

Once the nomination window closes, the applications will be screened and evaluated by BusinessLine along with our knowledge partners (Deloitte and Ashoka). The shortlisted nominees will be validated by our validation partner (Niiti Consulting) before the list is sent to the independent jury for picking the winner. The website has details of past winners and any other information that one may need about the awards, the qualification criteria, details about various categories, past winners and so on.

If you know of a changemaker who needs to be celebrated, now is the time to send in your nominations.