Compared to the 1,004 units sold in January 2021, Skoda reported a three-fold rise in sales

Skoda Auto India has released the monthly sales numbers for January 2022, and the company’s total sales stood at 3,009 units. Compared to the 3,234 vehicles sold in December 2021, the Czech carmaker saw a month-on-month (MoM) decline of nearly 7 per cent in January. However, when compared to the 1,004 units sold a year ago in January 2021, Skoda reported a three-fold rise in sales, witnessing a year-on-year growth of nearly 200 per cent. However, we must consider the fact that the market situation in January 2021 was much worse than this year, and the company’s current high-volume product, the Skoda Kushaq, was also not on sale. So, this staggering growth is merely a one-off anomaly. In January 2022, Skoda also launched its flagship product, the Kodiaq facelift, and it’s already sold out for the entire year

Commenting on the company’s sales performance, Zac Hollis, Brand Director, Skoda Auto India, said, “The continuous growth in our sales volumes is a great statement for our entire team and reflects the confidence our customers have in us. We couldn’t have asked for a better start to the new year and it provides us with the right impetus needed to fulfil the targets we have set ourselves for 2022. We are looking forward to the rest of the year and are excited about the upcoming launch of Slavia, which along with Kushaq will drive our volumes going forward.”

In January 2022, Skoda also launched its flagship product, the Kodiaq facelift. The premium three-row SUV comes in three trim levels, and it is priced between ₹ 35 lakh and ₹ 37.50 lakh (ex-showroom, India). The Kodiaq was certainly a highly anticipated model because it is already sold out for the entire year. 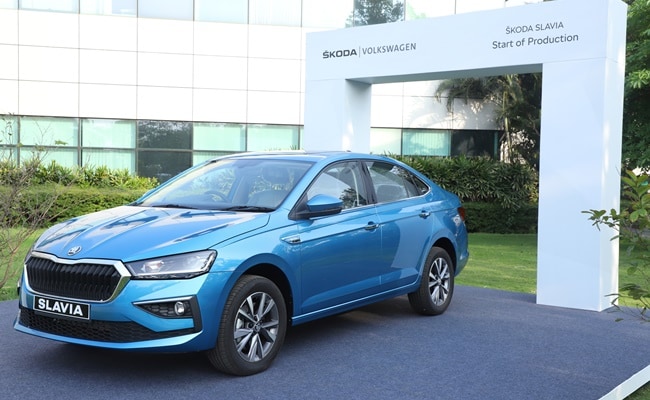 Skoda is gearing up for the launch of the all-new Slavia compact sedan, which will go on sale in India in March 2022

Right now, the carmaker gearing up for the launch of the all-new Skoda Slavia compact sedan. It is the second product to be based on the company’s localised MQB-A0-IN platform, after the Kushaq, and it is expected to further add to the company’s monthly volumes. The Skoda Slavia is the official replacement for the Rapid sedan, which was discontinued last year, which will make it the most affordable Skoda car in India. Skoda has already commenced the series production of the Slavia and it will go on sale in India in March 2022.