Homecar techCar Insurance – When NOT To File A Claim
car tech


Whether you crash your vehicle or discover a shattered wing mirror on your way back to a parking garage, your initial thinking may be, “It’s okay, I’ve got insurance.”

Assume you’re in an awkward position in which you’ve had a small accident and damaged your automobile. Despite the fact that you have extensive car insurance coverage, you are nonetheless tempted to pay for all damages done. The fear of the future increase in insurance premiums discourages you from submitting the accident claim to the insurance provider. Is that the best way to proceed? 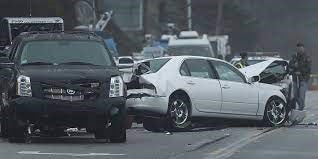 If your automobile was alone engaged in the collision, then reporting that to your insurer would not make perfect sense. Assume, for example, that you damaged the back or front of the automobile when backing up to a pole. Nevertheless, when the accident resulted in injuries, property damage, or death to the third party, the occurrence would never be regarded as “small” firstly. 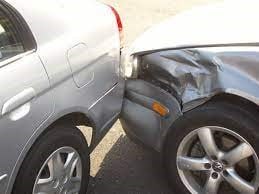 That’s the point at which you must notify your insurance company about the incident. So, in a nutshell, the minor scratches or dents on the automobile’s surface don’t necessitate filing the vehicle insurance claim. The fact is that it is preferable not to file a claim in such a case since you may end up forking out a lot of money.

Scenario Number 1: Where the cost of repair is less than the NCB or No Claim Bonus

Generally speaking, when you haven’t claimed the auto insurance in a preceding year, you may receive around a 20% discount on the following year’s rate. That’s known as the ‘no claim bonus,’ or even NCB. Each automobile insurance premium gets divided into two parts: a) the damage premium as well as b) the third party premium.

Let’s give you an example to help better understand the matter. Suppose Mr. X owns a car and he needs to pay the total premium of around ₹ 10,000. Out of this, the damage premium happens to be approximately ₹ 8000. Now, right after the car goes in the insurance cover’s second year, the NCB will be 20% of the damage, and that’s around 1600. This particular amount needs to get compared with expected expenses on rectifying damages via the estimate from the authorized garage.

Just in case the cost of the repair exceeds to ₹ 1600, Mr.X must claim that insurance. And if that does not go up, he should not claim for it. Paying for the vehicle repairs will keep the premium costs down. And it will help you save money for the future.

Scenario Number 2: When the third party is interested in covering the repair costs

Assume your automobile is in the sixth year of insurance coverage & you are expecting significant NCB benefits, and it gets involved in the accident. The most likely alternatives are to a) Pay the whole repair costs out of the own cash or b) Submit the insurance claim. c) Submit the claim with the third-party insurance company. Just in case the collision was caused by the negligence of another motorist, you might choose the third alternative.

However, the procedure of claiming third-party insurance might be time-consuming. The challenge stems from the fact that the overall claim must be filed with Motor Accident Claims because civil courts don’t hear the motor insurance claims.

To receive the list of charges, one must first register an FIR with local police. Just in case you demonstrate that you were not at fault for that crash and have the necessary paperwork for payment toward the repairs, the third-party claim against the insurance is likely to be allowed. You will also not lose the NCB advantages in this manner. 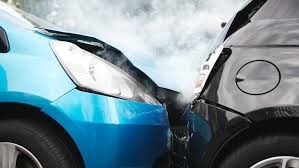 The fact is that the insurance companies evaluate the claim history to determine how much you may cost them, and the more claims that you make, the riskier they believe you are. Furthermore, submitting claims may raise the premium payments. As a result, it’s important to understand when it is appropriate to file the claim & when it is absolutely unsafe.