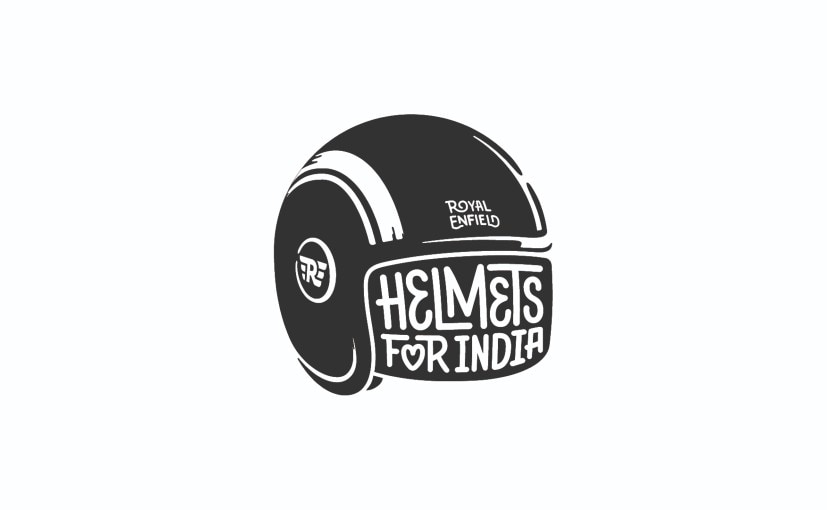 
The non-profit organisation has been working towards advocating helmet safety in India and the partnership with Royal Enfield aims to promote road safety as well as change the perspective towards it.

Royal Enfield has announced its partnership with ‘Helmets For India,’ a non-profit organisation founded by Niels-Peter Jansen. The non-profit organisation has been working towards advocating helmet safety in India and the partnership with Royal Enfield aims to promote road safety as well as change the perspective towards it. While road safety laws in India warrant the use of a helmet on two-wheelers, the adoption remains dangerously low. Helmets For India has already been conducting different activities to raise awareness about helmet safety. With Royal Enfield’s support, the organisation aims to unlock the potential of the brand’s massive ecosystem that includes the community and retail network.

Conceived in 2018, Helmets For India is an initiative started by Niels-Peter Jensen, a German filmmaker and former world champion mountain bike racer. Speaking to carandbike, Niels spoke about his maiden trip to India a couple of years and a road accident that made him think about the use of helmets on two-wheelers, or rather the lack of. He says that the incident compelled him to take charge and influence change in the interest of safety. 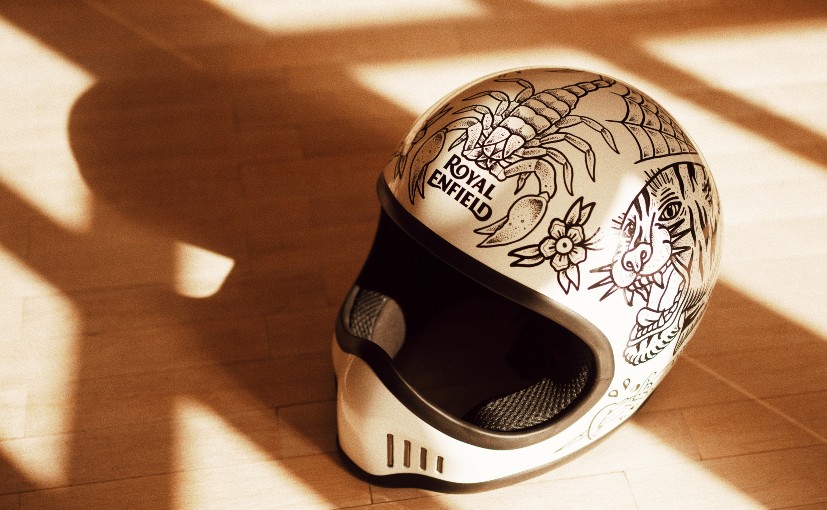 Helmets For India uses art to make its statement with helmets being the canvas. As Niels puts it, both art and motorcycles stand for freedom and have the ability to connect with people transcending beyond the borders. The organisation has used self-expression and art as a means of inspiration to unite the global motorcycle community and raise awareness for the cause of educating millions on the need to wear a helmet.

Speaking about the collaboration, B. Govindarajan, Executive Director, Royal Enfield, said “Nurturing a culture of safe riding among enthusiasts has been a significant aspect of building the pure motorcycling experience for us at Royal Enfield. Awareness towards road safety, ensuring the adoption of the right kind of riding gear, and most importantly, helmet safety has been key pillars of this objective. Helmets For India is a unique initiative inspiring riders by positioning and showcasing helmets as an extension of their personality in addition to being a critical safety gear. This worked well with our own ethos of motorcycling being a means of self-expression and we are very happy to be partnering with Niels and Helmets For India.” 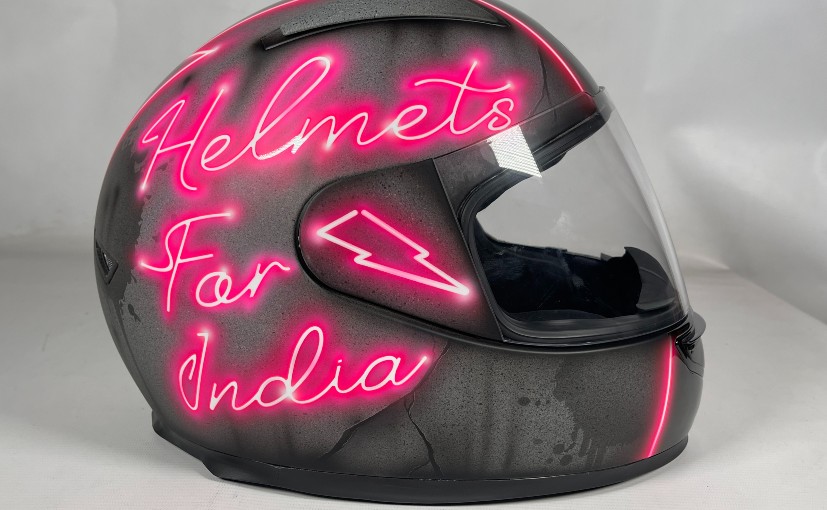 Niels-Peter Jensen, Founder, Helmets For India said, “Helmets For India is a passionate endeavour born out of a cause which has become very close to me over the last few years. Lack of awareness on road safety contributes to a significant loss of lives in India every year. At Helmets For India, we are working towards creating exciting and engaging avenues to educate the riding community about the importance of road safety and adoption of helmets. We are excited and delighted to partner with a global motorcycling brand like Royal Enfield to help us drive positive change and inspire the riding community to embrace helmets as vital partners in their journeys.”

Also Read: Royal Enfield To Launch Range Of 12 Limited Edition Helmets; One For Each Decade Of Existence 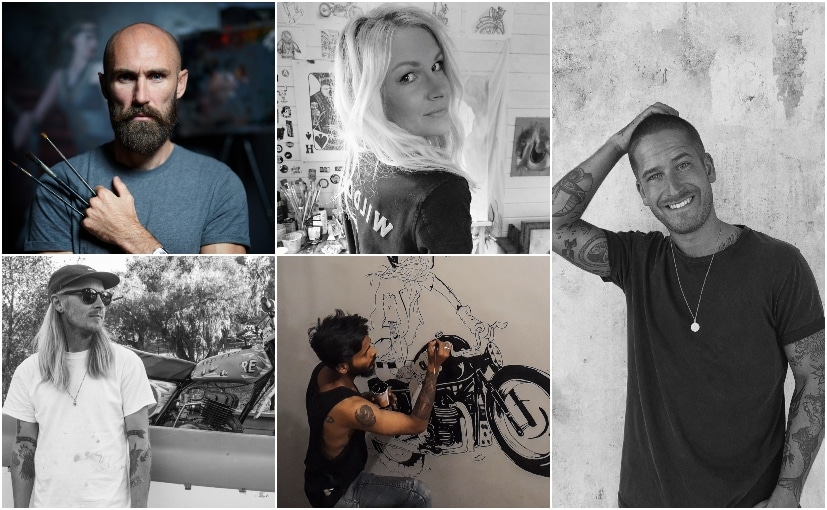 To kickstart the initiative, Helmets For India and Royal Enfield have put together a collective of world-renowned artists that will create unique and evocative art on helmets that will be auctioned to raise funds for the cause of helmet safety. About 25 global artists including Jet Bailey, Ron Miller, Sankskar Sawant and Francesco Colombo’s helmet graffiti designs will be unveiled across Royal Enfield’s social media channels as well as the Helmets For India website.

The final artworks will join the 30 previously created for Helmets For India last year to take part in an exhibition and auction the same in India later this year. Entire proceeds from the auction will be donated to an Indian NGO that rehabilitates children who have suffered serious head injuries in road traffic accidents. 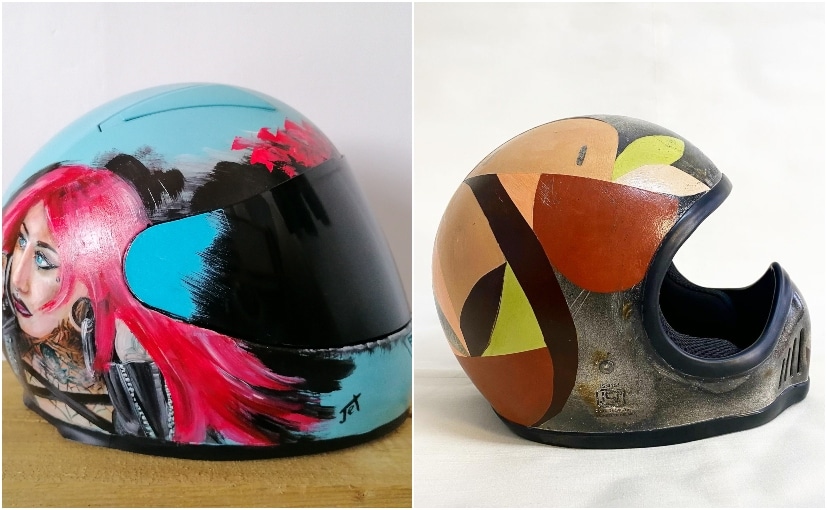 Furthermore, Helmets For India and Royal Enfield are planning a ride in India that will have Niels in attendance and will see a team of motorcycle enthusiasts begin their journey from the Royal Enfield Garage Cafe in Goa on a 1000 km ride to Kanyakumari. The motorcyclists plan to showcase the helmet art along the way and instil the importance of wearing a helmet whether on a two-minute journey to the grocery store or on a road trip to the Himalayas.

Helmets For India has already been undertaking different awareness initiatives in the country. This includes a global collaboration to create customised helmets with 20+ renowned artists such as Dean Stockton aka D*Face, Magnus Walker, Steve Caballero, Roadkill or Rasmus Tikkanen. Their maiden awareness ride took place from Mumbai to Goa and saw the team conduct awareness workshops and distribute over 300 helmets along the way. The team was on a two-year hiatus due to the pandemic but is all set to make a grand comeback in India with RE’s support.