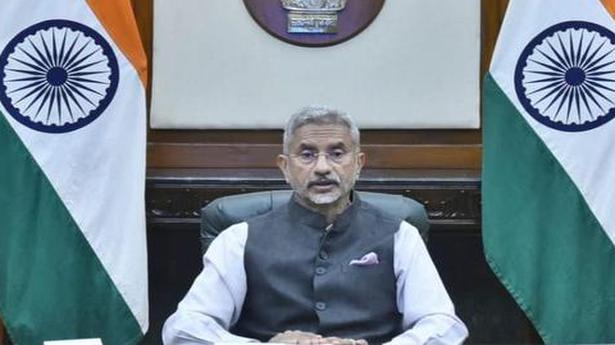 “Just concluded a detailed virtual meeting with Sri Lankan Finance Minister @RealBRajapaksa. Reaffirmed that India will be a steadfast and reliable partner of Sri Lanka,” Mr. Jaishankar said in a tweet, days after India had extended about $900 million relief.

On Thursday, India provided $400 million to Sri Lanka under the SAARC currency swap arrangement and deferred a settlement of $515.2 million to the Asian Clearing Union (ACU) by two months. “Positively noting” the development, Mr. Jaishankar and Mr. Rajapaksa also “reviewed progress” in New Delhi extending a credit facility of $1 billion to help Sri Lanka import essential items including food and medicines and $500 million for importing fuel from India, the MEA said.

Responding to the development in a tweet, Governor of the Central Bank of Sri Lanka Ajith Nivard Cabraal said: “Deeply welcome the understanding reached between the governments of #SriLanka and #India today [Saturday] which will help to greatly stabilise Sri Lanka’s external sector further.”

The interaction comes a week after Chinese Foreign Minister Wang Yi’s visit to Colombo. Sri Lanka has sought assistance from both China and India, as it battles one of its worst economic crises in history, reflected in the rapidly draining foreign reserves, sharp price rise and a shortage of some essentials.

The online meeting was a follow up to Mr. Rajapaksa’s New Delhi visit early December, when he held talks with Mr. Jaishankar and Finance Minister Nirmala Sitharaman, and sought emergency financial assistance to help cope with the dollar crunch that has severely impacted the country’s capacity to pay its imports bill and repay foreign debt.