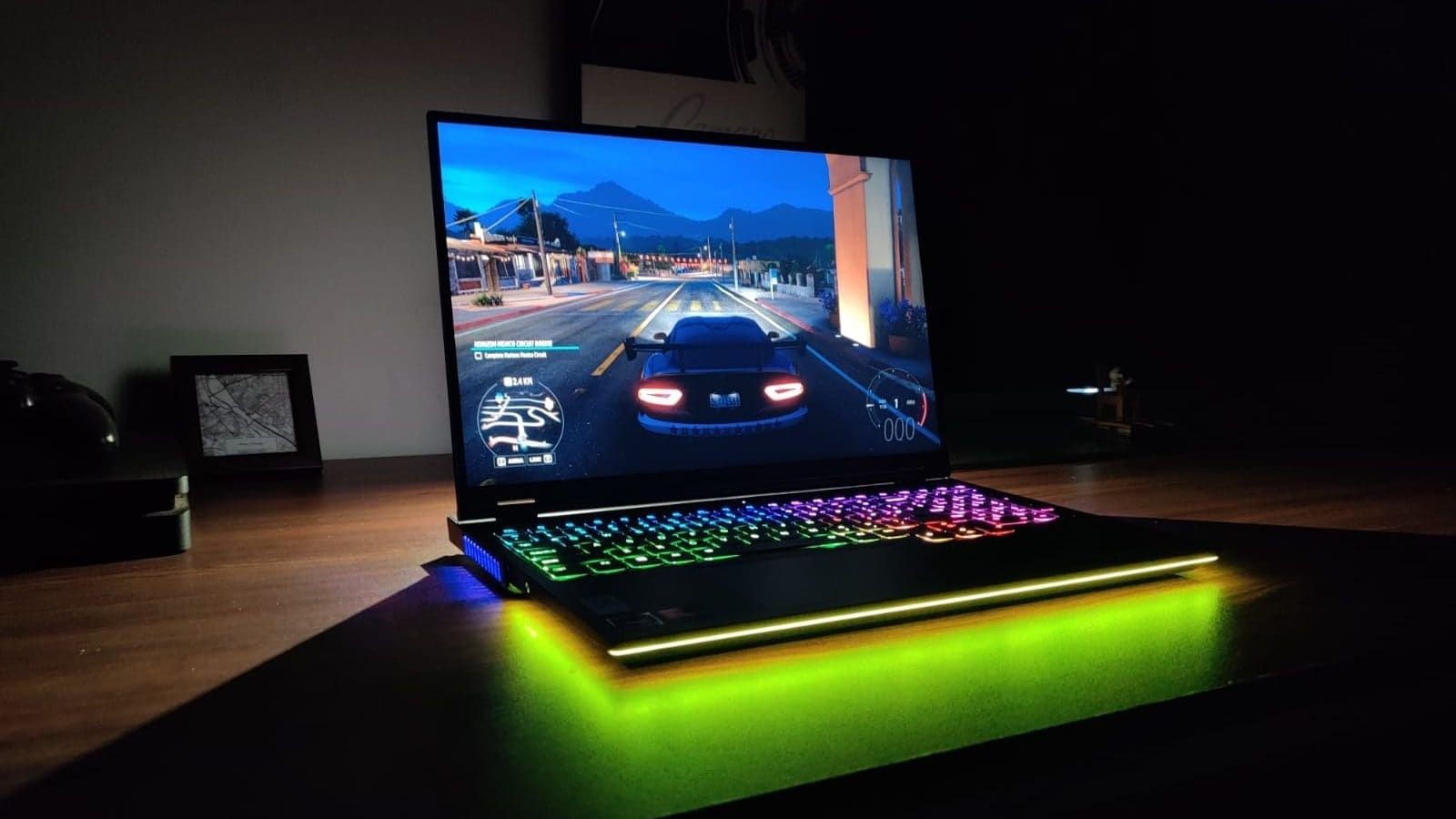 
Gaming laptops are one of the most convenient and popular gaming devices for people out there. With as much portability and productivity as any other laptop (often even more), gaming laptops are beasts of machines when it comes to providing an immersive gaming experience, right up there with top-spec PCs and gaming consoles, if not better. Now, there are a lot of gaming laptops out there in the market, but if you really look at some of the top-end models like the Asus ROG Zephyrus M16 or the Acer Predator Helios or the latest Lenovo Legion 7, there is very less to tell them apart, given all of them are equipped with bleeding-edge specs and some fancy design bits. Since all these laptops come with bleeding-edge specifications, there is little difference in terms of capabilities, making the buyer’s decision all the more difficult when it comes to purchasing one.

Lenovo recently launched the Lenovo Legion 7 gaming laptop that makes this gaming laptops big-wigs battle tougher than it ever was. The laptop comes with all the makings of a mean gaming machine – an AMD Ryzen 9 5900HX processor with Radeon Graphics, paired with Nvidia’s GeForce RTX 3080 GPU with 16GB VRAM and 32GB of RAM – all this with a 165Hz QHD+ display just reeks of performance. Now, I have been using the Lenovo Legion 7 as my primary laptop for both work and gaming and I will tell you how wide the use case for this machine goes. Hang on tight.

The Lenovo Legion 7 design has been given much thought. (Image Credit: News18/ Darab Mansoor Ali)

The design on the Lenovo Legion 7 is striking. The laptop comes with all these sharp edges that give it quite an aggressive look. The body has an aluminium finish i a space grey kind of a colour that looks fresh if compared with those matte black gaming laptops, it’s good Lenovo is going different with its gaming laptop designs. The Legion logo on the laptop’s back panel lights up. (Image Credit: News18/ Darab Mansoor Ali)

There is a plain back panel with just small Lenovo and Legion brandings. The Legion logo placed on the top left corner of the screen is nice and subtle, and the three-pointed star within the ‘O’ of Legion lights up in this blue light which looks pretty cool. The display also has minimal bezels and looks pretty neat with the camera cutout lifted a little. There is a neon lights strip running through three sides of the bottom of the Lenovo Legion 7. (Image Credit: News18/ Darab Mansoor Ali)

I especially like the hinge on this laptop. It is basically a metal bar that sits a little ahead of the lower part of the laptop, so as to let the screen lay flat. The hinge also has the Legion logo on both ends – good attention to detail. The speakers are placed above the RGB keyboard, which has many variations and brightness levels for gamers to play with. There is also an LED light that runs through the button borders of the laptop and it looks damn cool, especially when the Lenovo Legion 7 is sitting on a desk in low light. The hinge on the Lenovo Legion 7 Pro is pretty neat. It has the Legion logo on either sides and helps the laptop lay flat. (Image Credit: News18/ Darab Mansoor Ali)

Two of my favourite things about this design, however, are that all the ports are placed on the backside of the laptop, so wires will never get in your way during those intense gaming sessions and the icons of each port are backlit on the panel to avoid confusion. Very thoughtful. Second bit I loved the most is the placement of the air vents – none are placed below the laptop and that really helps with keeping the heating in check. All the air outlets are placed on the sides or the back, below the ports on the laptop and with this, the Lenovo Legion 7 manages the thermals better than any of its competitors. Great design – thoughtful and detailed, while making the laptop look as good as it can. The lights, however, may be too much for some users (not for me). 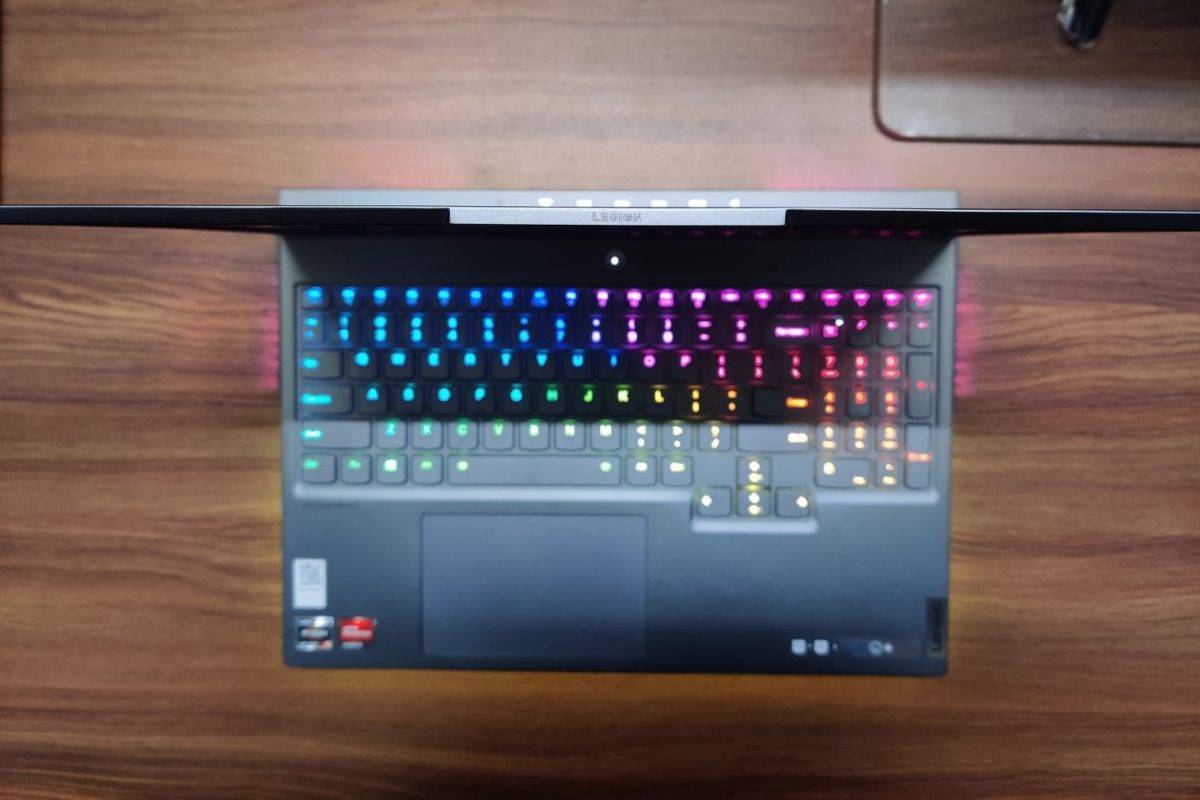 Ports on the back side of the Lenovo Legion 7 is a pretty neat design bit. (Image Credit: News18/ Darab Mansoor Ali)

The Lenovo Legion 7 comes with a 16-inch QHD+ display with 100 percent sRGB coverage and 165Hz refresh rate. It also comes with up to 500 nits of peak brightness which is just enough to enjoy all kinds of content in every scenario. Even under the sun this display performed pretty well and never made me feel the lack of brightness or backlight. The 165Hz refresh rate of course makes all the difference in the world. While it does enable up to 120FPS gaming, it also makes mundane tasks like scrolling feel much more immersive and smooth. This display is made for gaming and it shows. Watching movies and TV shows is as pleasing as it can be on any laptop screen.

During my time with the Lenovo Legion 7, I mostly played Forza Horizon 5, and that game maxed out at a 165FPS frame rate, which was just a beautiful experience all throughout. The resolution also makes the screen usage optimal and this screen really puts things in perspective, in terms of how much screen resolution matters. I went from using an HP ProBook for work to the Lenovo Legion 7, and the amount of text or windows this resolution can fit is much more than what you can do with an FHD+ display. The colour accuracy and sharpness is also on-point and I didn’t struggle one bit while editing photos and matching colours. In fact, this display made me go back to some of my older edited photos, only for me to find out that the colour matching was off in most of them – all of this because of the much improved colour accuracy on this laptop.

Now, coming to the thing this is made for – performance. As we have mentioned above, the Lenovo Legion 7 is packed with bleeding edge specifications – an AMD Ryzen 9 5900HX processor with AMD Radeon graphics, paired with a 16GB Nvidia GeForce RTX 3080 GPU and 32GB of RAM with a 165Hz QHD+ display seems like an overkill. Only that it’s not. All these specifications do is give the user confidence that whatever task they throw at this machine, it won’t even flinch while taking them on. I used this laptop for my regular gaming and it gave great results. As mentioned above, this laptop enables up to 120FPS gaming which gives you a solid edge over competition if you are in an online match. On Forza Horizon 5, the maximum supported frame rate went all the way up to 165FPS. This is the first gaming laptop I have tested in recent times that goes that high up in the latest Forza game so that is just amazing. It does everything smoothly, and thanks to the bleeding edge specs that may never make the laptop feel low on power. Now, one thing I don’t like about gaming laptops is that they can’t run at their max capacity if not plugged into the charger, and this one is no different. But here, the bigger issue is that the charger with the Lenovo Legion 7 has a 300W adapter and that is the kind of power not all inverters or power backups can handle. Even if so, it will use a lot of power while doing it. Not exactly what most people want. The lighting on the laptop may be too much for some users. (Image Credit: News18/ Darab Mansoor Ali)

The battery on the laptop is also better than most gaming laptops out there. While it is not in a thin and light or M1 MacBook category, it still lasts about 3-4 hours on power, which is good enough for a laptop this size running a power guzzling GPU and the heavy lighting. The 300W charger, however, charges the Lenovo Legion 7 pretty quickly. I did not get to test the charging speeds on an exact timer, but it is super fast in terms of a laptop.

One thing that impressed me quite a bit on the Lenovo Legion 7 is the sound system. The laptop is great for watching content or even playing games without headphones. The speaker system powered by Harman is pretty great with the 3D surround sound which Lenovo is calling 3D Nahimic Audio. It is super loud and you can feel the bass, highs and lows on a laptop speaker. This would be one of the best speaker systems on a laptop out there without a doubt. Neat. The battery on the Lenovo Legion 7 is also better than most gaming laptops out there. (Image Credit: News18/ Darab Mansoor Ali)

So that was the Lenovo Legion 7 gaming laptop. It comes with all the specifications and features that gamers need from a machine they don’t wish to change in at least the next couple of years. It is, however, the attention to detail that makes the Lenovo Legion 7 stand out from the competition, and that is something to be appreciated here. Not every gaming laptop-maker thinks about the aesthetics or sound quality the way Lenovo Legion 7 takes care of it, and just because of that, it can easily be called one of the most attractive laptops out there. There are however a couple of caveats. One, the laptop is heavy and has a 16-inch screen, putting it in the “big” laptop category. Add to that the massive 300W charging adapter, and it is not the most portable laptop, might just be the least portable for that matter. Second, as with most gaming laptops, it is expensive. While it does justify every penny of that cost, it still costs more than Rs 2,30,000, which is big money to be shelled out for a laptop. 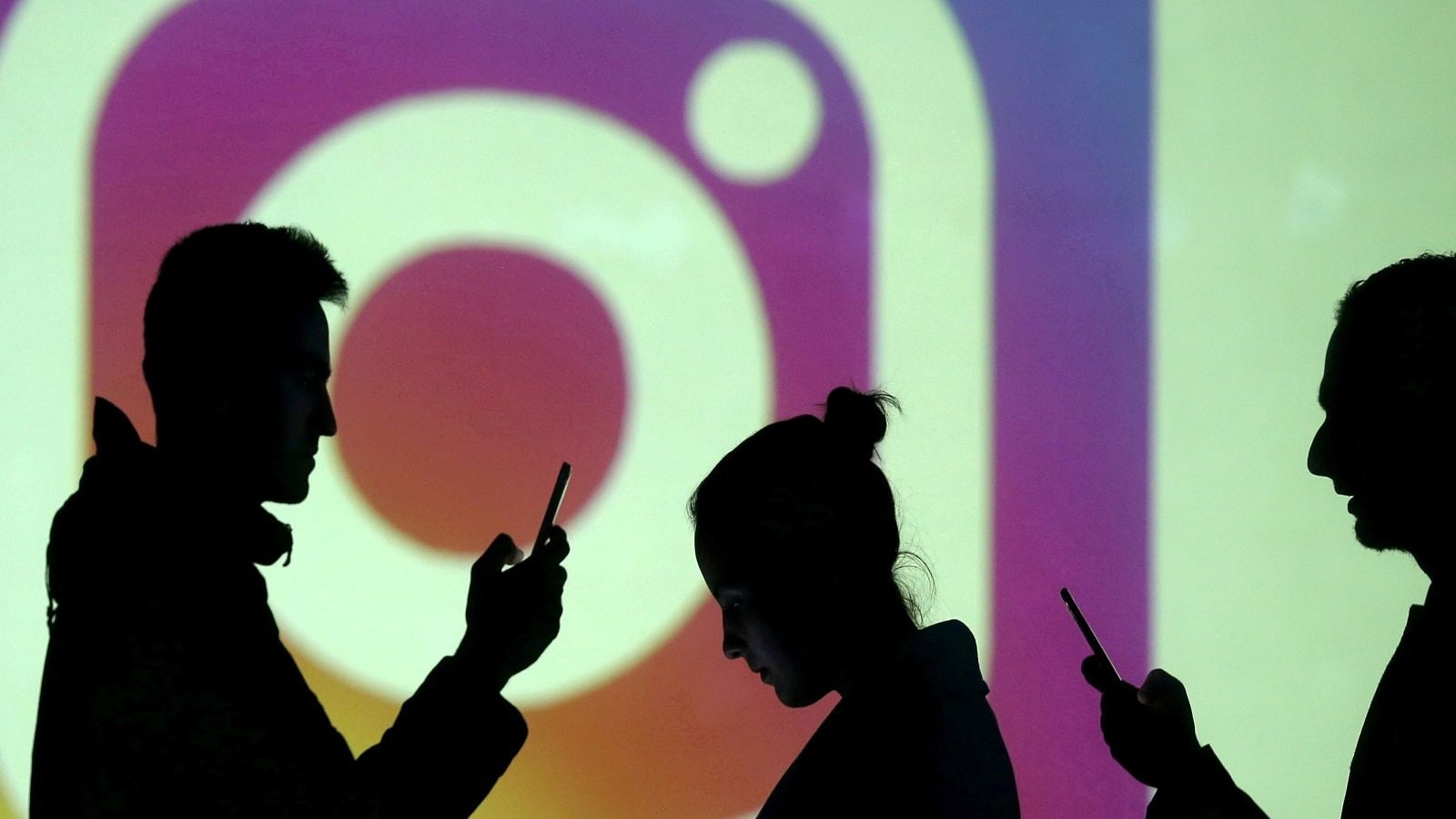 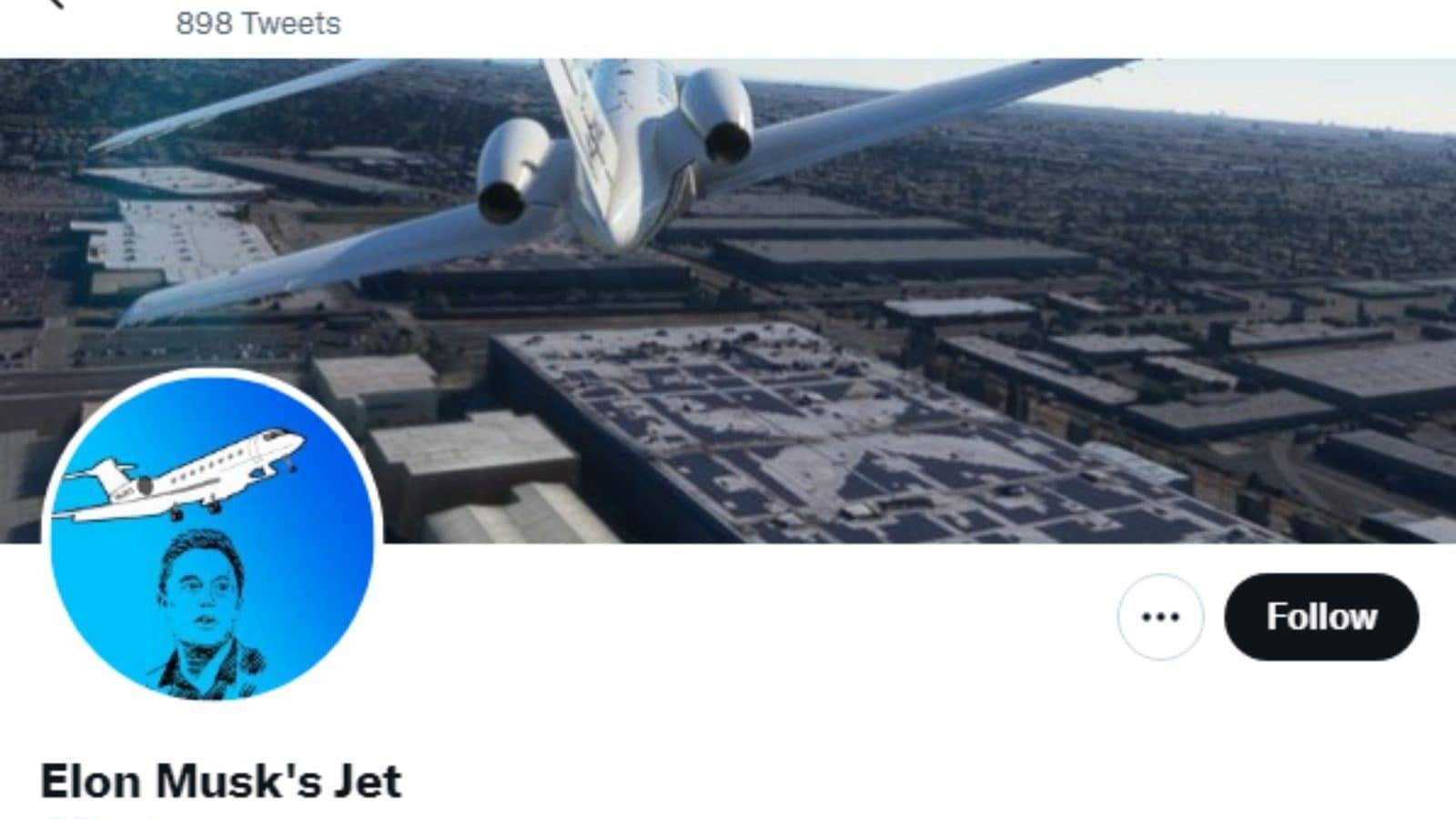