HomeNewsJawed Habib apologises to NCW over disrespect to women
News

Jawed Habib apologises to NCW over disrespect to women 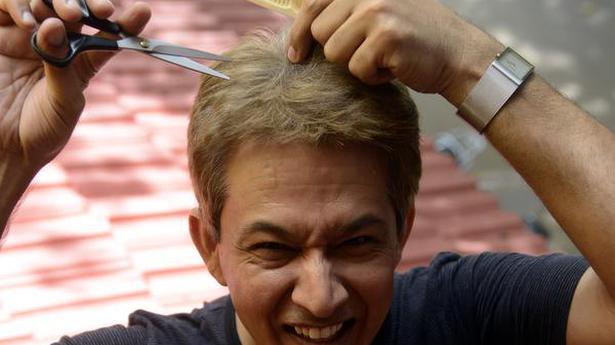 
Celebrity hair stylist Jawed Habib appeared before the National Commission for Women (NCW) and submitted a written apology after a video of him spitting on a woman’s head went viral last week.

“Mr. Habib appeared before the Commission and stated that he didn’t intend to hurt or disrespect anyone and submitted a written apology. NCW has directed him to ensure that such a thing is not repeated,” the Commission posted on Twitter.

The NCW has also written to the Uttar Pradesh DGP on the issue. An FIR has been registered against Mr. Habib at a police station in Muzaffarnagar, where the incident took place at a workshop he was conducting. The video which went viral shows Mr. Habib using his saliva to style a woman’s hair during a live demonstration.

Later, the hair stylist apologised for his actions in a video message on Instagram.

“I was conducting a seminar. These are often long shows and we try to make them humourous. But if you have been hurt, forgive me,” he had said.