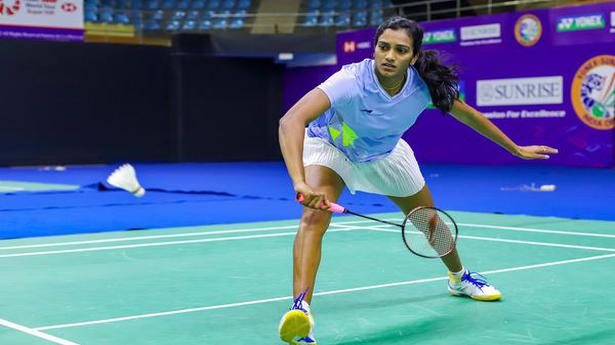 
Withstanding the sweeping wave of Covid-compelled closures of facilities and cancellation of events across the sporting spectrum, the $400,000 India Open badminton will kick-start the Badminton World Federation’s 2022 season on Tuesday.

Without spectators and the media, India Open at the K.D. Jadhav Hall of the Indira Gandhi Stadium complex appears more India-centric than seen previously.

As though to make up for the absence of home fans, the Indians heavily outnumber the overseas challengers in all the draws, except the men’s singles.

Following the withdrawal of top seed Jongkolphan Kitiharakul and Rawinda Prajongjai, second seeds Ashwini Ponappa and Sikki Reddy have a great chance to give India a welcome title, in addition to those expected from P.V. Sindhu and K. Srikanth.

Sindhu’s passage to the final appears a certainty. On Sunday, Sindhu could face either Thailand’s Busanan Ongbamrungphan or Saina Nehwal, seeded two and four.

It is pertinent to remember that Busanan has allowed Saina just one game in their last four matches.

Interestingly, the withdrawals of seventh seed Iris Wang (USA) and eighth seed Fitriani Fitriani (Indonesia) have made it a touch easy for Saina and Busanan.

Srikanth, aided by the withdrawal of fourth seed Kantaphon Wangcharoen (Thailand), will be looking for revenge in his prospective semifinal clash on Saturday, against World champion Loh Kean Yew (Singapore), seeded five.

From the other half, third seed Lakshya Sen or eighth seed H.S. Prannoy will have to deal with seventh seed Tommy Sugiarto (Indonesia) for a place in the final.

On Monday, in the face of the Covid threat, the biggest relief for the home camp was Chirag Shetty producing a negative report and reaching the Capital.

However, Manu Attri who like Chirag tested positive last week, decided to stay away. Attri and Sumeeth Reddy were fifth seed in men’s doubles.

Doubles player Treesa Jolly retained her place after submitting a negative test report while from men’s doubles, B. Navaneeth withdrew.