Ishan Pandita rises to the occasion 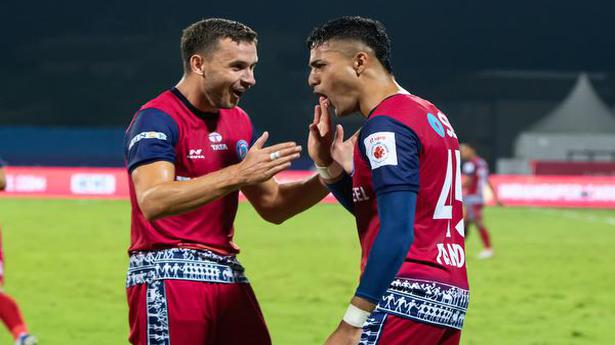 
Ishan Pandita once again proved the super-sub as he found the target for Jamshedpur FC minutes from the final whistle against SC East Bengal in an 11th round match of the Indian Super League at Bambolim on Tuesday. The result took JFC to the top of the table with 19 points from 11 matches as East Bengal continued at the bottom with six.

East Bengal’s nice defensive organisation bothered Jamshedpur from the beginning. East Bengal’s interim coach Renedy Singh kept his faith in an all-Indian lineup and almost pulled off a coup but for Pandita’s goal. Pandita has scored all his goals in ISL as a substitute.

The opening half ended barren with Jamshedpur’s famed attack-line failing to fire a single shot on target. The contest was quite even with East Bengal keeping its shape and attacking on the breaks.

In the second half Jamshedpur put more resolve in its offence. The break almost came Jamshedpur’s way in the 52nd minute when Jordan Murray saw his looping header come off the crosspiece. East Bengal suffered a blow in the 57th minute when it lost the mainstay of its defence, Adil Khan, to injury.

Jamshedpur FC’s Scottish coach Owen Coyle infused more attackers by introducing Pandita and Alex Lima in the final quarter of the action. Pandita finally rescued JFC in the 88th minute with a glancing header from a Greg Stewart corner.