Homesport‘Cricket 22’ game review: A bowling diamond in the rough
sport

‘Cricket 22’ game review: A bowling diamond in the rough 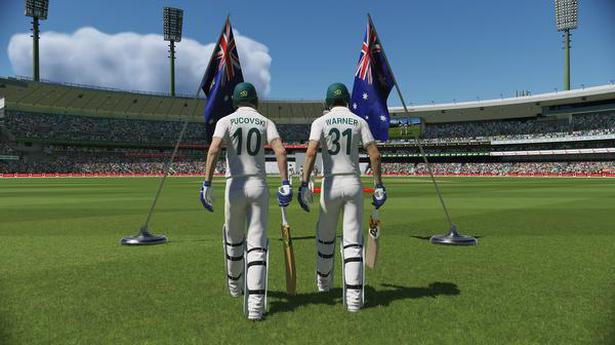 ‘Official Game of The Ashes: Cricket 22’ brings the sport into a much-awaited big-budget video game; but this one has a long way to go to get close to the real thing

Considering over a quarter of the globe is crazy over cricket, it is weird all that the gaming tech that goes into sports simulators like 2K Games’ NBA 2K22 and EA Sports’ Madden NFL and FIFA has not made a foray into ‘the gentleman’s sport.’There was Cricket 19, but after that the market was taken over by mobile titles such as Stick Sports’ Stick Cricket and Nautilus Mobile’s Real Cricket, proving that there is a market out there and eager folks who may want a cricket game to play on a big screen.

Built on the framework of Cricket 19, Cricket 22 is poised to take the crown, bringing new graphics and licenses to the game of cricket. Though there are not many such games in this space, here, we more or less boil down the play appeal of a AAA (blockbuster budget) cricket title.

‘Official Game of the Ashes: Cricket 22’

In keeping with the other top tier sports games including FIFA, Cricket 22 has a Career Mode, where you select your starting club and tweak your avatars’ bowling and batting styles. Given the more modest budget with which the developers at Big Ant Studios have had to work, the animations are wooden and spotty. After you set your expectations on that, the career is quite fun where you get to train your character as well as be in control of several aspects of your journey.

But the true selling point of Cricket 22, as expected, is when you are on the pitch.

Representation on the pitch

Right off the bat, if you were excited to take the Indian team out for a good old India versus Pakistan match for glory, you will be sorely disappointed as the game lacks a fair bit of licensed representation – a deal-breaker for many gamers and sports fans. This is, however, understandable given the challenges of obtaining such licenses and the amount of money they would cost. In effect, this narrows down one’s propensity to buy this game.

Though it is a big mention that Big Ant Studios managed to get men and women players. Thanks to a vibrant cricket community, you can actually download created cricket teams, kits, player licenses and more. The licensed teams are Australia, England, the West Indies, New Zealand, and Ireland.

The actual gameplay is fairly tight and arcade-like. From the batting mechanics – all based upon timing dials – bowling is also spiced up by timed presses, while fielding slows down time to let you perform active time events. If you want something a lot more in line with a simulation, change up the settings for a different control scheme, though this does take getting used to, and mainly for cricket purists, right down to setting up your very own long-form test match. It is worth mentioning that the average Cricket 22 play sessions are short affairs letting you pick up and play for short spurts on the couch.

Sports games are all about the ambience – after all, much of the simulated experience is about feeling the animated surrounding crowds cheer and boo. In Cricket 22, though, stadiums are sparsely-crowded and clean. The textures and colour palette feel a bit too primary and basic, and it is tough to ignore the spotty graphics and jittery player animations, as well as strange ball physics issues and AI glitches, which round off the games general lack of polish.

Again, it’s all about expectations. If you know what you are getting into, it is easier to ignore these issues and enjoy the overall game. But Cricket 22 is targeted towards those who are passionate about the sport itself as opposed to the glamorous team or player-level aspects.

While it is still a bit rough around the edges, Cricket 22 has potential for greatness; with continual updates and tweaking, it can meet some great expectations. For now, we will take what we get and hope the licensing gods shower the series with good fortune in the coming years.