HomeBusinessCourt dismisses SpiceJet’s appeal against order to wind up
Business

Court dismisses SpiceJet’s appeal against order to wind up 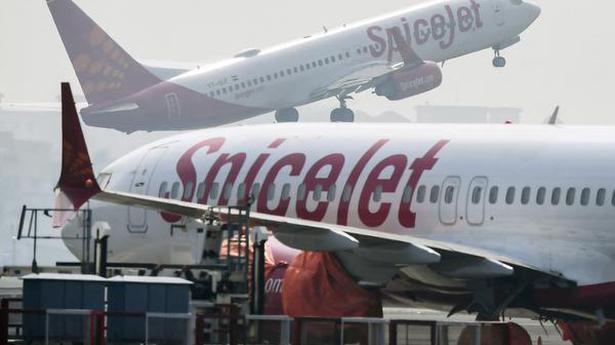 The Madras High Court however, extended the interim stay granted till Jan 28, to allow the airline to prefer a further appeal in the Supreme Court

A Division Bench of the Madras High Court on Tuesday dismissed a writ appeal preferred by air carrier SpiceJet Limited challenging a single judge’s December 6 order to wind up the company for non-payment of over $24 million to a Swiss company which maintains, repairs and overhauls aircraft engines, and components.

Justices Paresh Upadhyay and Sathi Kumar Sukumara Kurup dictated the operative portion of their verdict in the open court and held that they were not inclined to entertain the writ appeal preferred against the orders passed by Justice R. Subramanian on a company petition filed against the air carrier.

The judges were convinced with arguments advanced by advocate Rahul Balaji representing Credit Suisse AG, a Zurich-based stock corporation which had been assigned the right to receive the payments due to SR Technics, that the air carrier had not made out any ground to entertain the appeal.

However, when the counsel for SpiceJet requested to continue the stay on the single judge’s winding up order until the company could go on further appeal to the Supreme Court, the Division Bench extended the interim stay till January 28 since the air carrier had already deposited $ 5 million in court.

“The Madras High Court has agreed to extend the application of stay order till 28th January, 2022. The Company is examining the order and will take appropriate remedial steps as per legal advice received,” a SpiceJet spokesperson said.