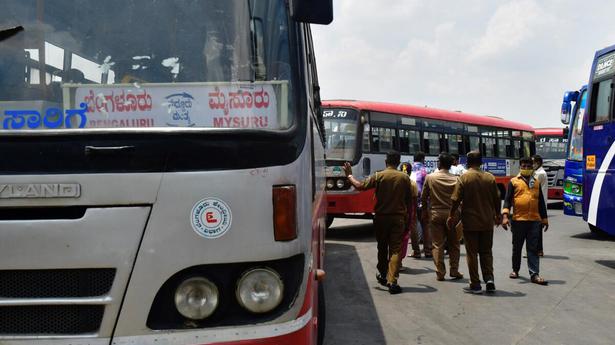 The sudden and exponential spike in COVID-19 cases in Mysuru has a connection with the sharp rise in test positivity rate (TPR) in Bengaluru, which has reported a rapid surge in infections in the last one week.

Like in the previous waves, Mysuru was next to Bengaluru in terms of number of cases, and also emerged as one of the major COVID-19 hotspots in Karnataka with the second highest number of deaths reported after Bengaluru. At one point of time, Mysuru had reported 3,000-plus cases on a single day, triggering an alarm in 2021.

The spike in cases in Mysuru following a surge in Bengaluru indicates that people returning to Mysuru from Bengaluru or the daily commuters to Bengaluru could be driving the alarming surge in Mysuru, forcing the authorities to gear up swiftly for combating the third wave.

“Both Mysuru and Mandya have reported a surge. Both have close links to Bengaluru with people from the cities traveling daily to Bengaluru for various reasons. The exposure from Bengaluru could be one of the factors for the sharp rise in TPR as far as Mysuru is concerned,” claims Deputy Commissioner Bagadi Gautham.

He doubted that the Omicron variant of coronavirus could have triggered the spike. “However, we can confirm this only after genome sequencing, whose reports are awaited,” the DC added.

Among the new cases reported in the district, nearly 85% are confined to Mysuru city and rural with 775 cases out of 1,027 active cases (as on January 9) reported from Mysuru urban and rural, according to the DC.

Responding to traders’ opposition to the curfew and their decision to function as usual next weekend in Mysuru city, the DC said society has to cooperate with the government in combating the third wave. Those flouting the rules would be held responsible in case the COVID-19 situation worsens. “I am confident they (traders) understand the situation and will cooperate,” he said.

Nearly 500 samples have been sent for genome sequencing and the reports are awaited. So far, two Omicron cases have been confirmed in Mysuru. Swab samples from Mysuru for sequencing are sent once in a week or a fortnight.