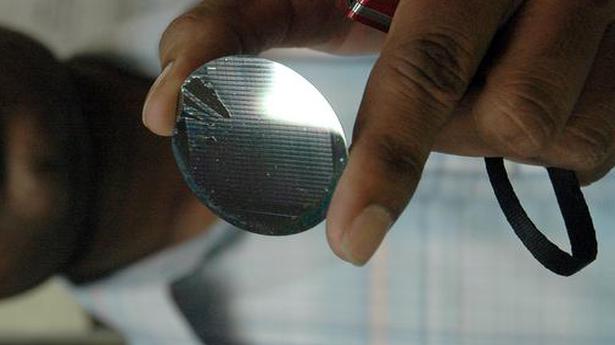 
Shortage of semiconductor chips would continue following the rapid spread of Omicron variant of COVID-19 across the world but the supply disruptions would not worsen in 2022 as the Omicron surge should have a milder impact on chip supply chain wrote Tim Uy, senior economist, at Moody’s Analytics in a report.

He said companies have started learning how to deal with increasingly common shortages by building buffer inventory and exploring alternative sourcing to deal with the situation.

For example, Sony has doubled orders for chips used in its gaming consoles, and Tesla has implemented various measures to streamline its manufacturing process to reduce its dependence on a few key suppliers.

“As demand grows, we expect supply to slowly but steadily catch up,” wrote Mr. Uy. “The major new foundries being built will only come on line after 2023, so we expect capacity utilisation to exceed 80% across all production lines through 2022,” he said.

“This means that lead times will be extended as supply remains tight,” the economist added.

Besides, some governments are seen taking active steps to augment supplies.

“We expect governments around the world to support and fund efforts to increase domestic capacity in chip manufacturing as well as supply-chain resilience more broadly,” Mr. Uy said.

In a joint partnership with Sony, the Taiwan Semiconductor Manufacturing Co. is set to expand its footprint in Japan by building a fab that manufactures chips important for the Japanese automotive industry, he wrote in the report.

India has also announced a new scheme to draw key semiconductor manufacturers to build fabs in the country, particularly those from Taiwan, with which it is discussing a free trade agreement.

The major chip manufacturers in Taiwan, Korea and China have all announced plans to expand operations domestically as well, he said.

“Although these broad secular trends will determine dynamics for the industry as a whole, there will still be differential impacts across sectors depending on the type of chip they need,” he said.

Most new foundries (save for the one in Japan) are built to manufacture new-generation chips of 7 nanometers or less, leading to constrained supply for older-generation chips that are also typically consumed in larger quantities, he further said.

Mr. Uy said the chip types that are likely to grow the most in the near term are those used in logic and sensor applications, with other areas such as electric vehicles, the Internet of Things, and 5G technology further driving demand.