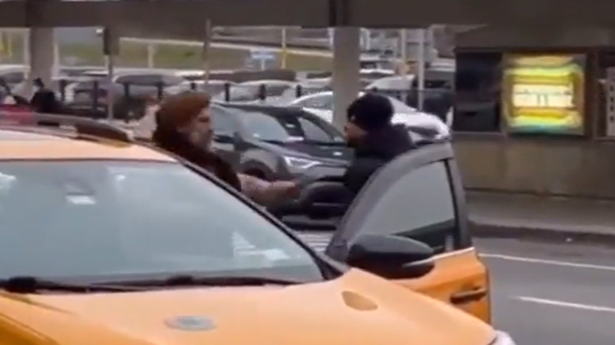 ‘Our diversity makes the U.S. stronger, & we condemn any form of hate-based violence,’ it said on its South and Central Asia division Twitter account.

The U.S. State Department has condemned an apparent attack on a Sikh taxi driver outside JFK airport in New York city.

“We are deeply disturbed by reports of an apparent attack on a Sikh cab driver at JFK airport, captured on video last week. Our diversity makes the U.S. stronger, & we condemn any form of hate-based violence,” the State Department said via its South and Central Asia division Twitter account.

“We all have a responsibility to hold perpetrators of hate crimes accountable for their actions, no matter where such crimes occur,” it said.

A January 5 video posted by various Twitter accounts, including by Simran Jeet Singh of the Inclusive America Project at the Aspen Institute, a think tank, shows a man, who appears to be Sikh cab driver standing by his taxi, being hit by another individual. The attacker walks away then comes back and starts hitting the taxi driver again. He then hits another individual who questions him. People can be heard shouting in the background.

Hours before the State Department’s statement, the Indian Consulate in New York announced on Twitter that it had taken up the matter with U.S. authorities.

“The assault against a Sikh taxi driver in New York is deeply disturbing. We have taken up the matter with U.S. authorities and urged them to investigate this violent incident,” the consulate said.